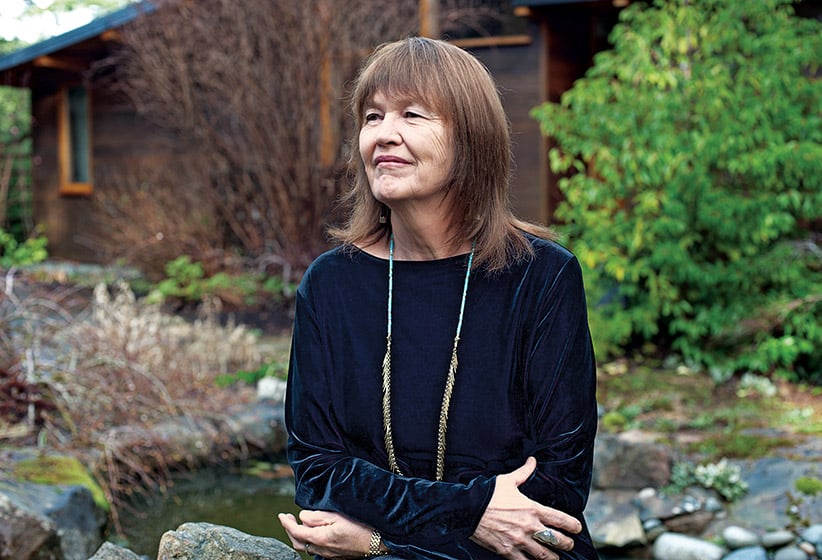 Read excerpts and bios of all the 2016 RBC Taylor Prize nominees here.

Rosemary Sullivan was focused on poetry when she received a commission in 1987 to write a biography of novelist and poet Elizabeth Smart, and found a whole new writing life opening before her. “I found the narrative detail involved in telling a life so powerful, having to have everything documented while crafting a driving story,” says Sullivan, 68. Since then the University of Toronto English professor has written a series of award-winning biographies, capped by last year’s Stalin’s Daughter: The Extraordinary and Tumultuous Life of Svetlana Alliluyeva. The book, which has already won a lengthy list of accolades, including the Hilary Weston Writers’ Trust Prize for Non-fiction, is a nominee for the $25,000 RBC Taylor Prize. (Update, Mar. 7, 2016: Stalin’s Daughter has won the RBC Taylor Prize.)

Related: Our review of Stalin’s Daughter

Sullivan’s latest subject caught the author’s eye with a statement often quoted after Svetlana’s 2011 death. “Wherever I go, whether to Australia or some island, I will always be the political prisoner of my father’s name,” said the only daughter of Soviet dictator Joseph Stalin. Svetlana’s life, lived under the shadow of a notorious name and marred by tragedy from the beginning—her mother, Nadya, killed herself when Svetlana was only six—had to be a compelling story, Sullivan reasoned. The result is a measure of justice for Svetlana, the biography that her sad, remarkable life deserves.

Svetlana could not remember how or when she was told of her mother’s death or even who told her. She remembered the formal resting in state that began at 2:30 on Nov. 9. The news of Nadya’s death had been shocking, and hundreds of thousands of Muscovites wanted to say goodbye to her, even though many were hearing her name for the first time. Stalin kept his family life very private.

Nadya’s open coffin rested in the assembly hall at the GUM; a huge building with atria, it housed government offices as well as the GUM department store. Svetlana remembered that Zina, the wife of Uncle Sergo Ordzhonikidze, took her hand and led her up to the coffin, expecting her to kiss her mother’s cold face and say goodbye. Instead she screamed and drew back. That image of her mother in her coffin seared itself in her mind, never to be dislodged. She was rushed from the hall.

There are several versions of Stalin’s behaviour at the ceremony. In one, he sobbed, and Vasili held his hand and said, “Don’t cry, Papa.” In another, Molotov, Polina’s husband, always recalled the image of Stalin approaching the coffin with tears running down his cheeks. “And he said so sadly, ‘I didn’t save her.’ I heard that and remembered it: ‘I didn’t save her.’ ”

In Svetlana’s retelling, Stalin approached the casket and, suddenly incensed, shoved it, saying, “She went away as an enemy.” He abruptly turned his back on the body and left. Had Svetlana herself heard this? The anecdote sounds like retrospective invective and does not seem like the observation of a six-year-old in hysterics. Perhaps this was someone else’s story.

Pravda reported Nadya’s death in a perfunctory manner, without explanation. Her suicide was a state secret, though everyone in the apparat knew about it. The children, along with the public, were told another story: Nadya had died of peritonitis after an attack of appendicitis.

It would be 10 years before Svetlana learned the truth about her mother’s suicide. Though this might seem astounding, it is entirely credible. The terror that Stalin had begun to spread around him particularly infected those closest to him. Who would dare tell Stalin’s daughter that her mother had committed suicide? Many would be shot simply for knowing the truth. It soon became “bad form” even to mention Nadya’s name.

But for very young children the scars caused by a parent’s death are profound, in part because death is not something their young minds can grasp; they understand only abandonment. Svetlana’s adopted brother, Artyom Sergeev, remembered Svetlana’s seventh birthday party, four months after her mother’s death. Everyone brought birthday presents. Still not sure what death meant, Svetlana asked, “What did Mommy send me from Germany?” But she was afraid to sleep alone in the dark.

A childhood friend, seven-year-old Marfa Peshkova, granddaughter of the famous writer Maxim Gorky, remembered visiting Svetlana after Nadya’s death. Svetlana was playing with her dolls. There were scraps of black fabric all over the floor. She was trying to dress her dolls in the black fabric and told Marfa, “It’s Mommy’s dress. Mommy died and I want my dolls to be wearing Mommy’s dress.”