Who will win the Shaughnessy Cohen Prize? 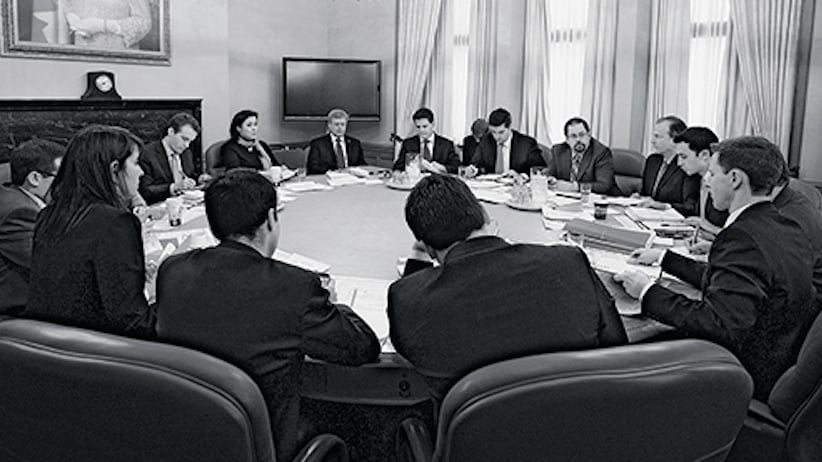 In the newly crowded field of Canadian awards for non-fiction writing, the $25,000 Shaughnessy Cohen Prize for Political Writing is an outlier. Most of its high-profile peers—the Hilary Weston ($60,000), The RBC Taylor ($25,000), the British Columbia National Award for Canadian Non-Fiction ($40,000)—have a laser-like focus on literary merit, not subject matter. But the 14 -year-old Cohen, named after a popular Member of Parliament who died on the floor of the House of Commons in 1998, seeks books with “new insights” into political subjects with “the potential to shape or influence thinking on Canadian political life.” After that, of course, they’d better be well-written too.

The prize has had a solid record over the years, with several winners that resonate still, including Roméo Dallaire’s Shake Hands with the Devil: The Failure of Humanity in Rwanda and The Unexpected War: Canada in Kandahar by Janice Gross Stein and Eugene Lang. This year is particularly strong in both criteria, literary merit and political insight.

There’s another Afghanistan conflict contender in Graeme Smith’s book, with its strong candidate for best-ever war memoir opening sentence: “We lost the war in southern Afghanistan and it broke my heart.” Paul Wells fleshes out what is perhaps the only falsifiable—and not yet falsified—theory of Stephen Harper available. There’s an intriguing and rigorously reinforced hindsight in Margaret Macmillan’s study of the start of the Great War—she doesn’t bring just the standard historian’s rearview mirror look, but also the conclusions she drew seven years ago by first tackling the war’s end in Paris 1919. Donald Savoie, Canada’s leading expert on governance, achieves the remarkable merely by making comprehensible the opaque world of the federal government and its bureaucracy. A fine writer, Charles Montgomery won the Taylor prize in 2005 for his first book, The Last Heathen; his hopeful future-oriented take on urban possibilities arrives during the discouraging Rob Ford moment in the country’s largest city.

So who will win? Someday there will be an algorithm that provides due weight to jurors’ interests (this year Calgary Herald editorial page editor Licia Corbella, journalist Jane O’Hara, and Globe and Mail international affairs columnist Doug Saunders), the quality of the writing, the lasting importance of the topic and, possibly crucially in the case of all things political, what’s in the air at the moment of decision. But until then, pure speculation is all there is.

Perhaps a new international crisis in Europe will bring jurors’ minds back a century, to the moment crises in Europe became a semi-permanent fixture, one that has killed millions since, including 110,000 Canadian servicemen. Or maybe back just a few years to the Western alliance’s last, botched joint effort half a world away in Afghanistan. Perhaps Stephen Harper’s newly vigorous presence on the international stage, prompted by Crimea, will heighten attention on him. Or maybe the jurors will maintain a focus on a happier long-term future, one with better cities or better national governance. The winner will be announced April 2.