A riveting review of the hundred years since King Tut’s tomb was discovered; a new, luminous offering from Canadian novelist Emily St. John Mandel; plus four other nightstand-worthy titles landing in 2022 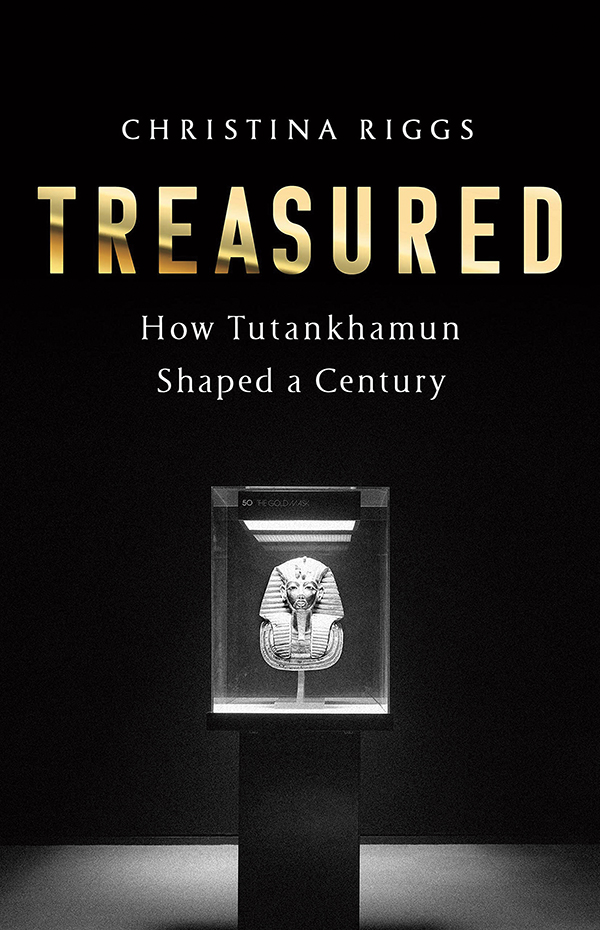 Treasured: How Tutankhamun Shaped a Century by Christina Riggs

Treasured: How Tutankhamun Shaped a Century

On Nov. 26, 1922, in Egypt’s Valley of the Kings, British archaeologist Howard Carter pierced a small opening in a door sealed shut for more than three millennia and peered inside by candlelight. “Can you see anything?” asked his patron, George Herbert, 5th Earl of Carnarvon. “Yes, wonderful things.” Or so runs the familiar account of the most iconic moment in the history of archaeology, the discovery of Pharaoh Tutankhamun’s tomb a century ago.

As Riggs—a former Egyptologist and museum curator who is as interested in the history of her one-time profession as she is in ancient civilization—points out, the story of King Tut’s discovery and its enduring aftermath is as myth-encrusted as Ancient Egypt itself. No older than 19 when he died from unknown causes—despite numerous internet claims to the contrary—Tutankhamun was a minor ruler in the 14th century BCE, and a towering figure in the 20th century CE. He, Carter and Carnarvon together form a narrative, Riggs writes, that established “several things we take for granted,” from mummy films and mummy curses to UNESCO’s World Heritage program to blockbuster exhibitions. And celebrity archaeologists, especially of the fictional variety: no Tut, no Indiana Jones.

No loss there for Riggs. “The archaeological heroes of movie plots and TV documentaries descend from excavators whose work was an integral part of Western colonialism and empire-building in the 19th and early 20th centuries, systems that relied on racism through and through,” she writes.

READ: Our ancient ancestors may have been more civilized than we are

Museums around the world—most spectacularly GEM, the huge and hugely expensive Grand Egyptian Museum being rushed to completion by next November—will mark Tut’s centenary with emphasis on the events of 1922 and the most extraordinary of the 5,600 objects found in his tomb. But Riggs has a very different focus in her eye-opening and absorbing book. Between Carter’s candlelit glance and the transfer of a colossal 14-metre-high statue of Pharaoh Ramses the Great to GEM exactly seven years after the Arab Spring protests began—to draw media attention away from that anniversary, the author suggests—geopolitics (and capitalism) continuously ruled Egyptology. They were crucial, she writes, to making Tut more famous than Ramses, although it was Carnarvon’s April 1923 death in a Cairo hotel room from an infected mosquito bite that entrenched the Curse of the Mummy in pop culture. 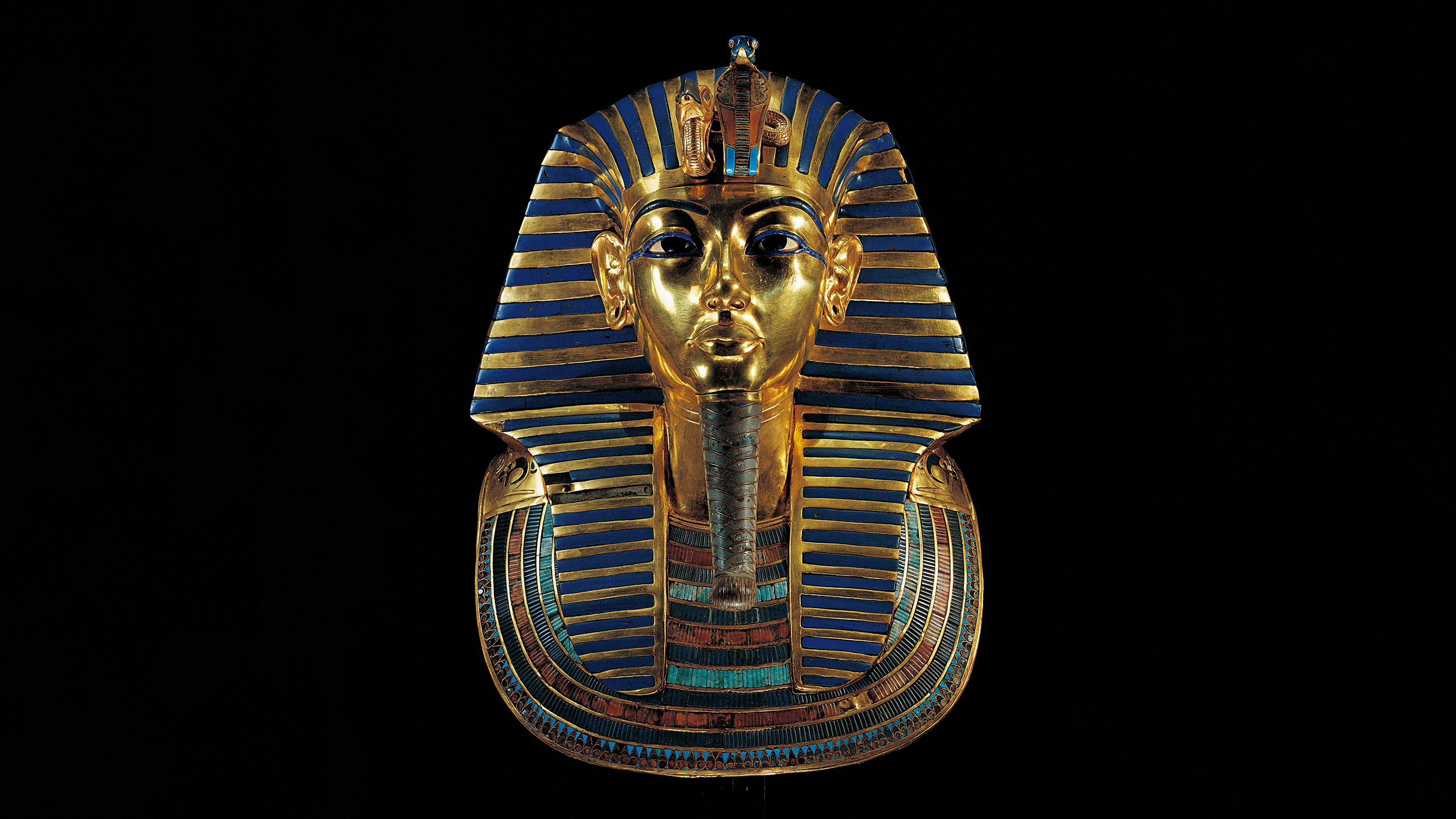 After a detailed dive into the Egyptian contribution to Carter’s British triumph, and Tut’s first eruption into Western consciousness in the Jazz Age, Riggs explores the pharaoh’s second career as a cultural—that is, political—ambassador in the 1960s. The pharaoh was indispensable to the UN’s cultural arm, UNESCO, in its efforts to prevent the temples of Nubia from drowning beneath the backed-up waters of the Aswan High Dam.

Objects from his tomb toured the U.S. and Canada to draw attention to the crisis, and then across Japan to raise the funds required to move the temples to higher ground. In the next decade, American public funding utilized Tut as a way to present Egypt—a key player in the oil-rich Middle East—as “a friendly and worthy ally,” notes Riggs. By the late ’70s, though, when the Treasures of Tutankhamun finished its North American tour with a two-month stay in Toronto—a glamorous exhibition still remembered in the city—the profits went to the exhibiting institutions and to supporting archaeology in Egypt, by Egyptians.

There will be more touring to come in the wake of the centennial, but Riggs is more interested, in terms of decolonizing Egyptology, in the possibilities raised by better exhibition access for Egyptian children via the GEM. It was, after all, the 1970s North American tour that brought Tut to the enthralled attention of a 10-year-old schoolgirl in Ohio in 1983, and set Riggs on the career path that led to Treasured. 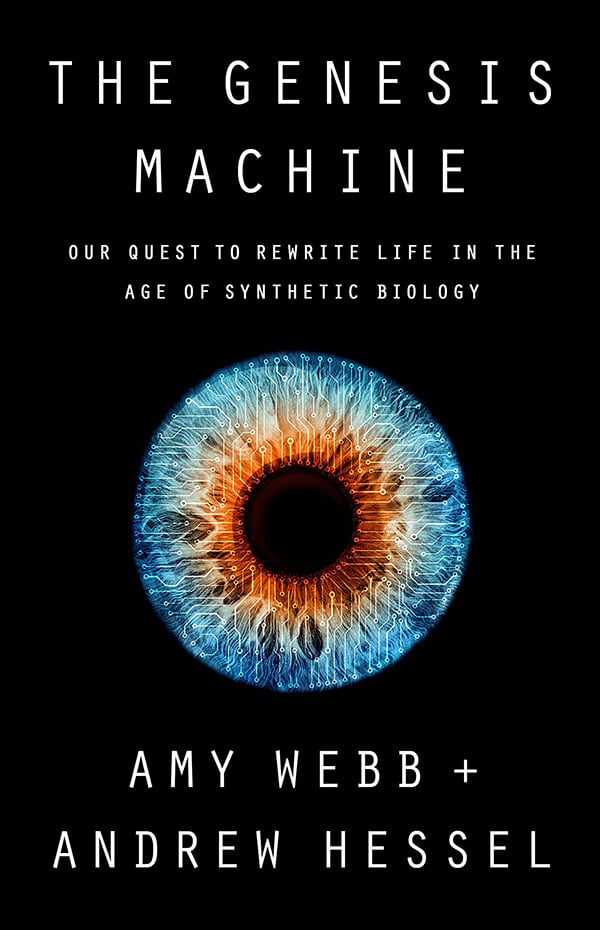 The Genesis Machine: Our Quest to Rewrite Life in the Age of Synthetic Biology by Amy Webb and Andrew Hessel

The Genesis Machine: Our Quest to Rewrite Life in the Age of Synthetic Biology

This powerful book about what the authors call an unstoppable “new industrial evolution” is as rooted in human longing as it is in scientific advance, coloured by American Webb’s miscarriages and Canadian Hessel’s own fertility issues. Technology is now on the cusp of wholesale genetic rewriting, and the possibilities for reducing individual suffering are spectacular. The pitfalls, especially in a looming—and perhaps inevitable—divide between the genetically enhanced and other humans, are stark. The authors’ unassailable argument is that the genie is out of the bottle, and humanity needs to be prepared for what’s coming. 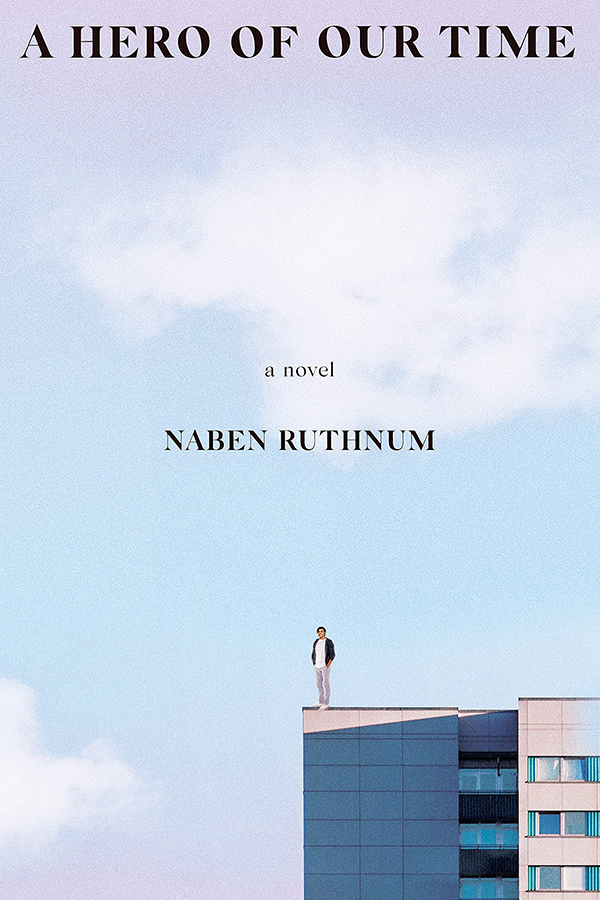 A Hero of Our Time by Naben Ruthnum

A Hero of Our Time

A protagonist whose main redeeming feature is turning his bent for acute and cruelly expressed observation on himself makes for a novel with a built-in hill to climb. Ruthnum manages it spectacularly. Osman Shah’s other gift—Machiavellian-level cunning—turns his struggle with the soulless Olivia Robertson into a savagely funny satire of contemporary diversity politics. 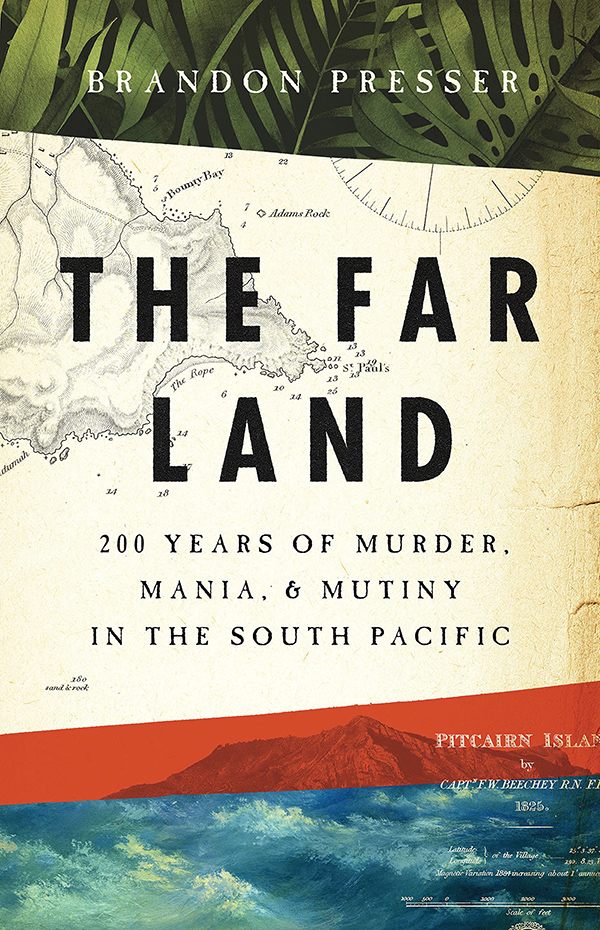 The Far Land: 200 Years of Murder, Mania, and Mutiny in the South Pacific by Brandon Presser

The Far Land: 200 Years of Murder, Mania, and Mutiny in the South Pacific

In 1790, nine British mutineers and their Tahitian companions arrived at uninhabited Pitcairn Island, where 48 of their descendants still live. The mutiny itself, onboard the Royal Navy’s Bounty, is famous, but it is the aftermath—a microcosm of violent colonial racial and sexual exploitation that killed most of the mutineers within three years—and its enduring effects that make Presser’s book so riveting.

MORE: Bingeing into the 21st century with artist Douglas Coupland 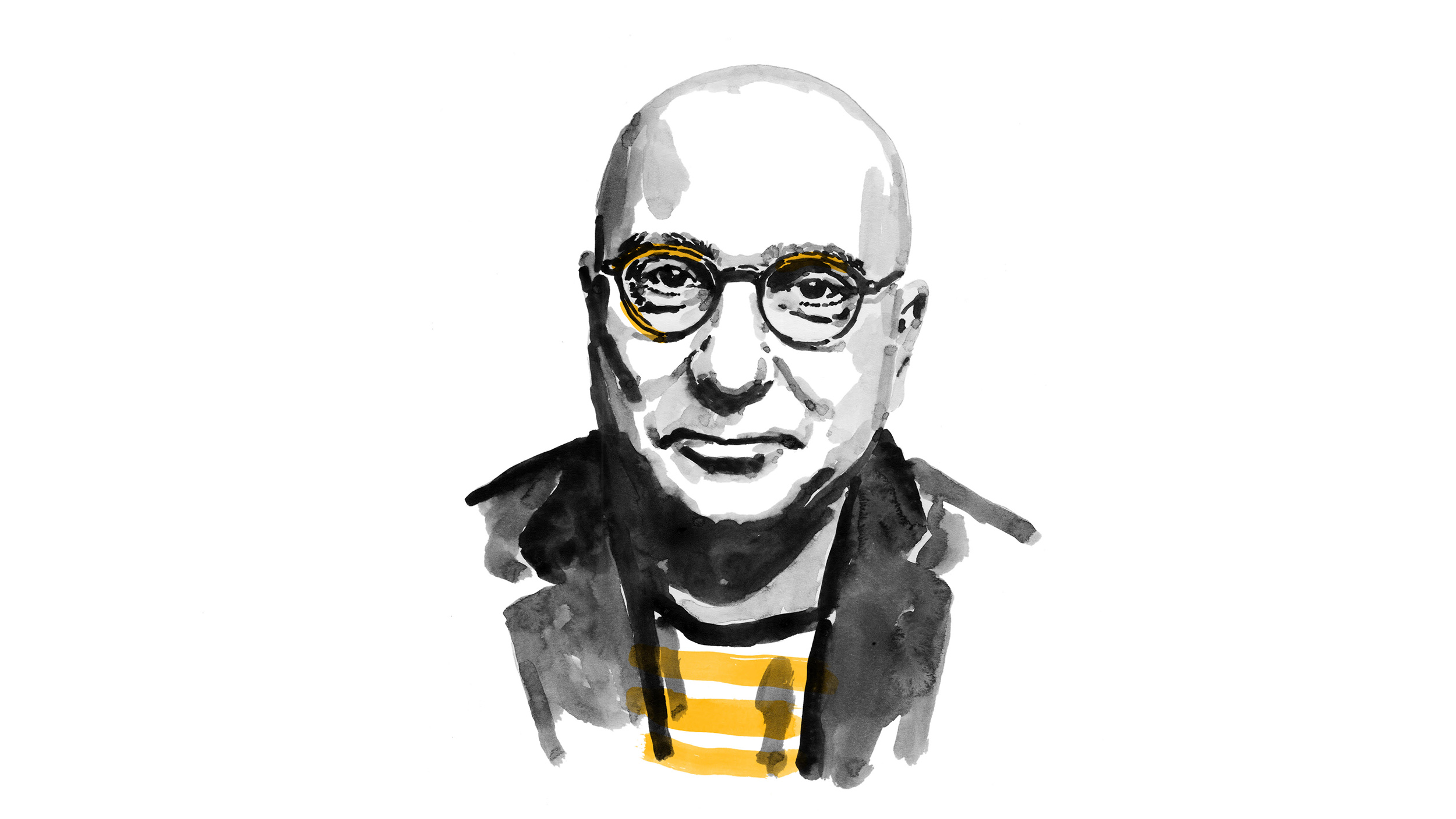 It’s stray humans, like the title story’s American-educated Jordanian loose in Tokyo, who actually abound in this superb collection. In a genre perfectly suited to Hage’s elliptical and hypnotic style, the acclaimed Montreal novelist moves his settings around a world now inclined to closing both borders and minds, where his characters—strangers in strange lands—experience increasing pushback from their hosts. 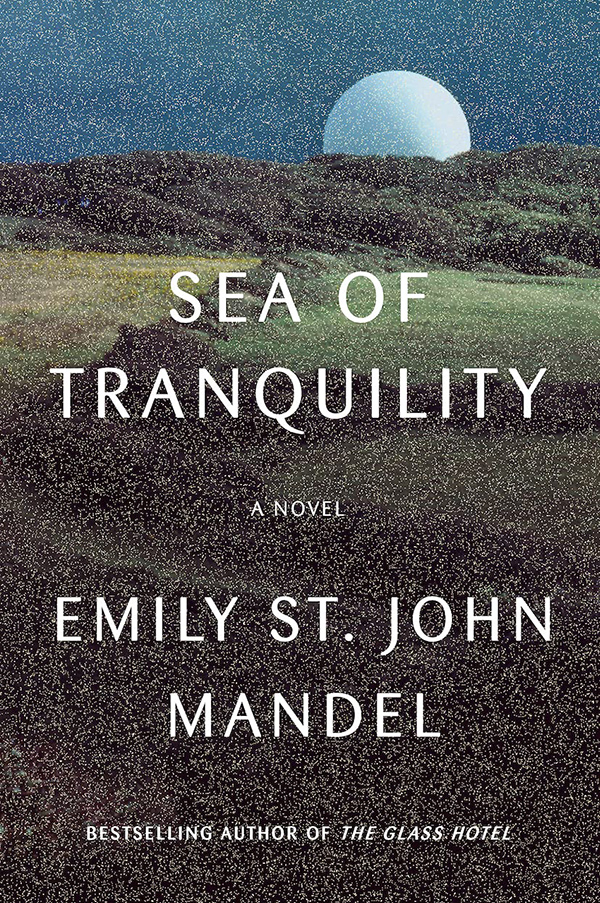 READ: Bruce Kidd on how sport and society are tightly interwoven—in the world and in his life

There are hallmarks, from the tiny to the expansive, that immediately identify an Emily St. John Mandel novel. There will be recurring characters (Vincent from 2020’s The Glass Hotel makes an appearance), someone will bear a name resonant with the author’s own (here it’s English remittance man Edwin St. John St. Andrew), and Vancouver Island (where St. John Mandel was born and raised) will play a role. There will also be a host of characters in a multi-voice story, with minimal gradation between major and minor figures.

Most will do a lot of drifting about, physically, emotionally and temporally, wondering how they got here from there. And whatever and whenever the setting—St. John Mandel’s have been steadily expanding since 2014’s Station Eleven, set in the Great Lakes region—characters and author alike will refuse to accept what seems to be the undeniable randomness of life. Or, to be more exact, that randomness matters.

St. John Mandel’s newest novel offers all of that, on a vastly accelerated level. Scenes move between Earth and its lunar colonies—one located within the Moon’s Sea of Tranquility. There is literal as well as in-memory time travel, spanning years from 1912 to the early 25th century, during which a Time Institute agent meets a long-dead novelist whose most popular work provided the name the agent’s mother gave him.

MORE: A look back at the never-ending nature of epidemics

Unless, of course, a chance encounter with a stranger supplied the writer with the name in the first place. (Is there, Sea of Tranquility asks in passing, ever a first place in human affairs?) Society here is not a post-plague dystopia in the way of Station Eleven’s, but St. John Mandel, who wrote the latter novel years before COVID-19, has long been focused on the inevitability of pandemics, lockdowns and psychological damage. Several pestilences, Ebola X and SARS 12 among them, reverberate across Tranquility’s five centuries.

But the author’s exploration of the randomness of life goes well beyond predictable-in-all-but-timing waves of mass death. As characters begin to intersect across space and time, the possibility that the simulation hypothesis—the idea that reality is merely an unimaginably sophisticated computer simulation—could be proven true begins to depress some characters, while others build, or feign, a defensive indifference. The fundamental question in this luminous novel is whether a life lived in a simulation is still a meaningful life.

This article appears in print in the January 2022 issue of Maclean’s magazine with the headline, “Reading ahead.” Subscribe to the monthly print magazine here.