Storytellers confront the occupation of the West Bank

Writer Michael Chabon and other authors on a morally untenable silence, which spurred new book, "Kingdom of Olives and Ash" 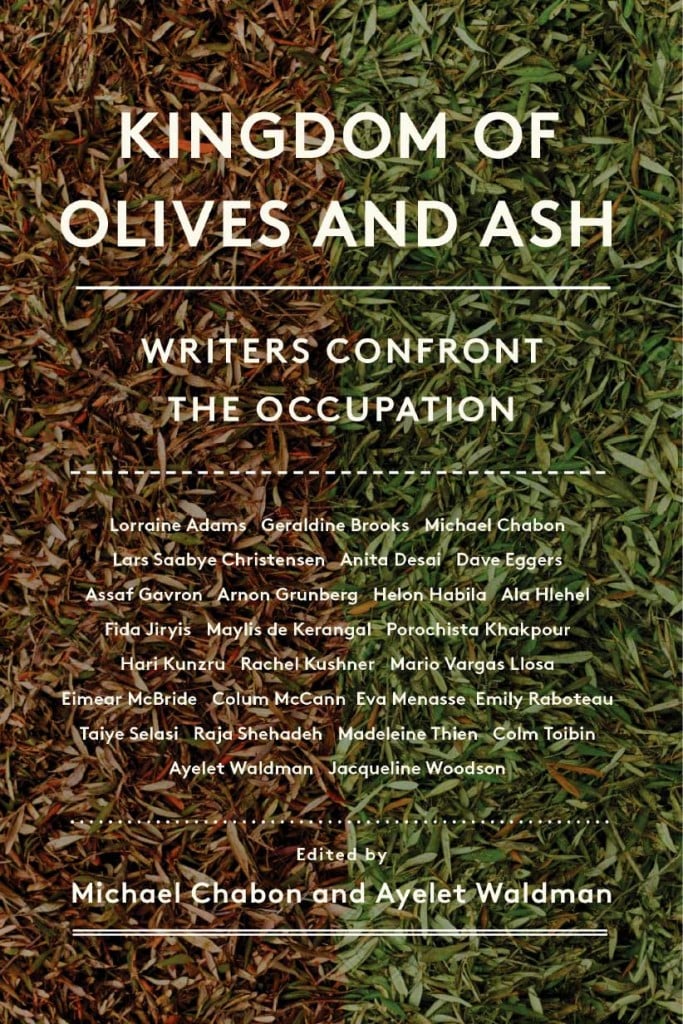 It’s been three months since Israel’s Knesset passed a law retroactively legalizing the homes of thousands of Jewish settlers on privately owned Palestinian land, a quarter-century since Yitzhak Rabin and Yasser Arafat shook hands over a peace deal on the White House lawn, and 50 years since Israeli tanks first rolled into East Jerusalem and the West Bank. The long arc of the moral universe may bend toward justice, as Martin Luther King memorably proclaimed, but the arc of the occupation seems not to bend at all. For at least the past decade, against a wider backdrop of a Mideast in flames, the occupation has been a matter of “averted gaze” for those in “the ambivalent middle,” writes Michael Chabon, the Pulitzer Prize-winning American novelist whose works explore Jewish identity, and his wife and fellow author, Ayelet Waldman, the Jerusalem-born child of immigrants from Montreal. In their new book, Kingdom of Olives and Ash: Writers Confront the Occupation, they say that avoidance changed for them in 2014, after Waldman returned to Israel for the first time in 22 years.

MORE: Must-read books for May: saints, soldiers and social media

What she saw and whom she met, from members of Breaking the Silence—former Israeli soldiers convinced by their service in the occupied territories that the occupation had to end—to Issa Amro, the founder of the non-violent Palestinian group Youth Against Settlements, left Waldman and Chabon convinced their own silence was morally untenable. What he experienced on his later visit, says Chabon in an interview, “was far worse than what I already thought was bad enough—an uncontrollable outgrowth of grossly misguided, ultra-religious Zionist settlers in the West Bank. What I saw was a deliberate state policy to carve up and divide Palestinians. It’s a moral catastrophe, so repulsive that we cannot waste time over whose fault it is, whose suffering is worse. Stop the pain first. When a house is on fire, you save the people in it, then you can investigate who started the fire.”

It was the details—the lifeblood of storytellers—that had to be conveyed to the world, Chabon and Waldman concluded. “So we drew up a wish list of writers,” Chabon continues, “looking for people on every continent who were prominent voices in their own cultures and read in translation by others—Jews, whether Israeli or Diaspora, Arabs, everybody.” Working with Breaking the Silence, the writers featured in the book travelled to Palestine and Israel as individuals or in groups of as many as seven.

“Everyone in the groups shared the first few days, [including] education in the maps—the history of the continually redrawn maps of settlement and administrative areas, roads and checkpoints is the key to the whole thing—and then went on to something that interested them from that time,” Chabon says. “I was caught up with Sam Bahour, a guy from Youngstown, Ohio, very close to where I grew up in Pittsburgh, and now a Palestinian businessman,” who became the central figure in Chabon’s essay, Giant in a Cage. American writer Dave Eggers went to Gaza, Irish novelist Colm Tóibín to Jericho, and Giller Prize winner Madeleine Thien to the twin sites of Susya (Israeli) and Susiya (Palestinian).

But the most eye-opening, and dispiriting, reports come not from visitors but from the writers who live there, including Arab short-story author Fida Jiryis, whose Occupation’s Untold Story centres on her life as “a second-, or maybe third-class” Israeli citizen, and Sami, by Palestinian lawyer and human rights activist Raja Shehadeh, a tale of checkpoints, forbidden roads and a roundabout five-hour journey to an airport 50 minutes away.

After subjecting the entries to “a team of scrupulous fact-checkers who laboured for months,” Chabon is confident and very pleased with the results. He lists off several favourites, including Thien’s The Land in Winter (“fantastic”) and The Dovekeeper, Australian author Geraldine Brooks’s intricate account of the causes and fallout of a muderous 2015 rampage by two Palestinian teens: “There’s a reason it leads off the collection.” And he’s equally sure of the hostile reaction coming his way from Israel’s many defenders in America when it’s released at the end of May. “My reply to anyone who wants to challenge what we have written is: go, go to Israel, go to Palestine, see what we saw. Then we’ll talk.”

Correction: Approximately 4,000 individual Israeli homes in more than 100 settlements were retroactively legalized by the Knesset, not “thousands of settlements” as this article originally stated. Maclean’s regrets the error.