A fictionalized retelling of the 1999 protest where 40,000 people marched against globalization in Seattle 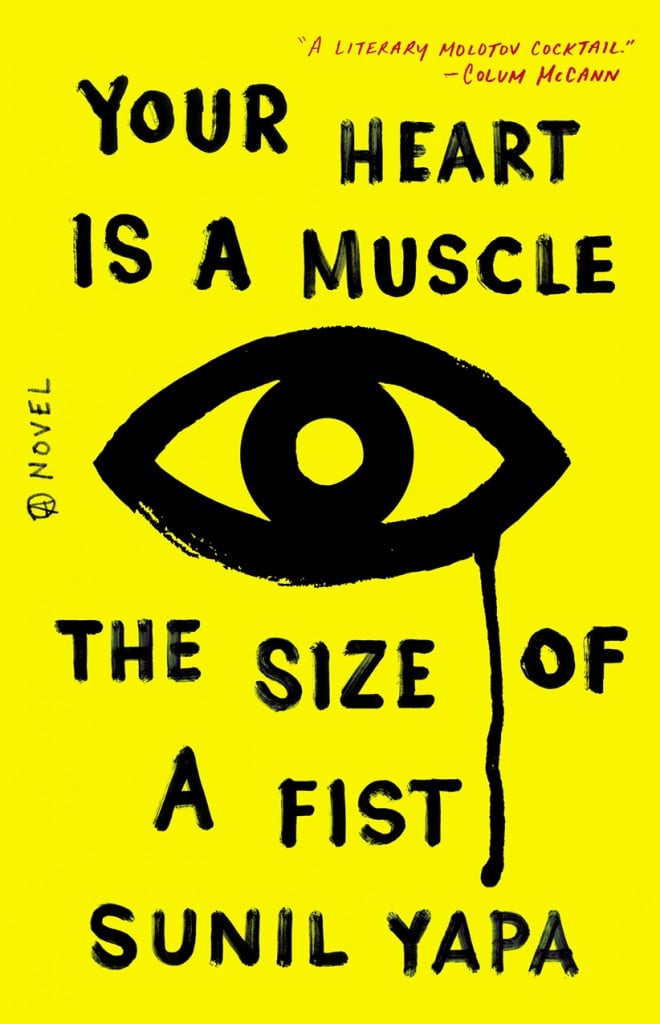 YOUR HEART IS A MUSCLE THE SIZE OF YOUR FIST

In December 1999, roughly 40,000 people marched against globalization and the World Trade Organization (WTO) in downtown Seattle. The protests began peacefully, but quickly turned violent—cops sprayed tear gas, rioters smashed store windows and the governor desperately called in the National Guard. What happened was so severe that Sunil Yapa, in his debut novel, didn’t need embellishment—yet here the skies are filled with explosions and police radio in warnings about ninjas and flamethrowers, creating scenes almost magical in their chaos.

Most of the book’s action happens like that, off in the distance. In the foreground, seven characters take turns narrating—three protesters, three cops and a Sri Lankan delegate. They mostly reflect on what’s happening around them, ruminating on the nature of protests and purpose. When a main protester gets pepper-sprayed, it takes a backseat to the various interpretations of what it means to pepper-spray and be pepper-sprayed: “Care too much and the world will kill you cold.”

There are seven voices here, and those alone are too many for a reader to feel confident choosing sides. The protesters sound naive; the cops—those who “pickle the world, preserve it the way it is”—are near-unilateral jerks. In between lie the morally conflicted police chief and his nearly nihilistic son.

Then there’s the Sri Lankan delegate, whose goal of seeing his country join the WTO pushes him unwittingly through angry mobs and bitter cops. (Yapa himself is half-Sri Lankan, which sort of explains why he would fictionalize a delegate from a country that in reality joined the WTO as a founding member in 1995.) At one point he pauses to marvel at how distinctly American the entire protest is—not just that these kids are defending developing nations they know nothing about, but “that they felt they had the power to do something—they assumed they had that power. They had been born with it—the ability to change the world—and had never questioned its existence.” This is protest poetry, pure and simple, and it’s relevant stuff—especially in 2016.