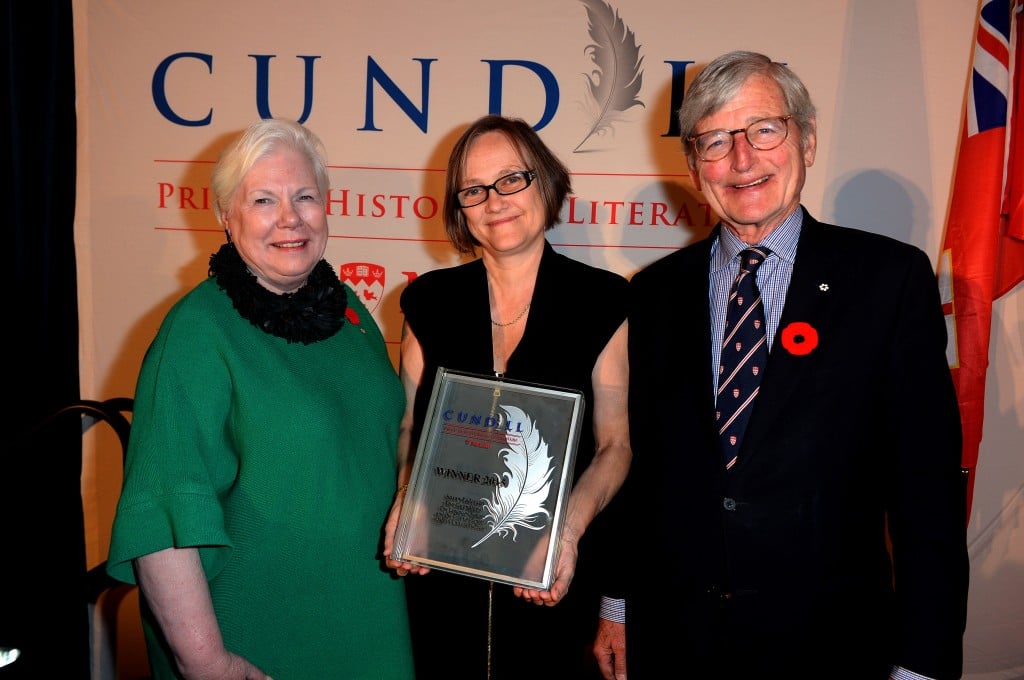 The Honourable Elizabeth Dowdeswell, Lt. Gov.of Ontario, Susan Pedersen, winner of the 2015 Cundill Prize in Historical Literature at McGill University for “The Guardians” and McGill Chancellor Michael A. Meighen. (Photograph by Tom Sandler)

On Nov. 2, Columbia University professor Susan Pederson became the first Canadian to win the Cundill Prize for Historical Literature, which also happens to be Canadian. The world’s richest history award—clocking in at US$75,000—was established by noted Montreal value investor Peter Cundill in 2008. Born in Tokyo in 1959 to Canadian missionary parents, Pederson is the author of The Guardians: The League of Nations and the Crisis of Empire.

“There was so much hope after the Great War,” she says. “People wanted to build, through the League of Nations, a structure that would hold the peace for years.” Part of that structure, notes Pederson, and the focus of her book, were the colonial “mandates” by which legal authority the victorious allies ruled territories outside Europe that were formerly controlled by Imperial Germany or the Ottoman Empire. Those mandates—in Africa, the Pacific and, especially, the Middle East—are the subject of Pederson’s prize-winning book, and were halting steps in the disintegration of the Europe-centred imperial world order, no longer quite colonies in the pre-war sense, but still miles from independence.

The League of Nations’ ignominious collapse with the outbreak of the Second World War has, for generations, meant scholars paid little attention to it. But lately, says Pederson, historians have become interested in the valuable lessons, in areas ranging from refugee issues to health policies, that the successor organization, the United Nations, drew from the League’s failure. “When I first started working in the archives in Geneva, there were perhaps five scholars there,” she says. “Now it’s much more crowded.”