Terry Pratchett, who wrote more than 70 books, may be best remembered for his Discworld series 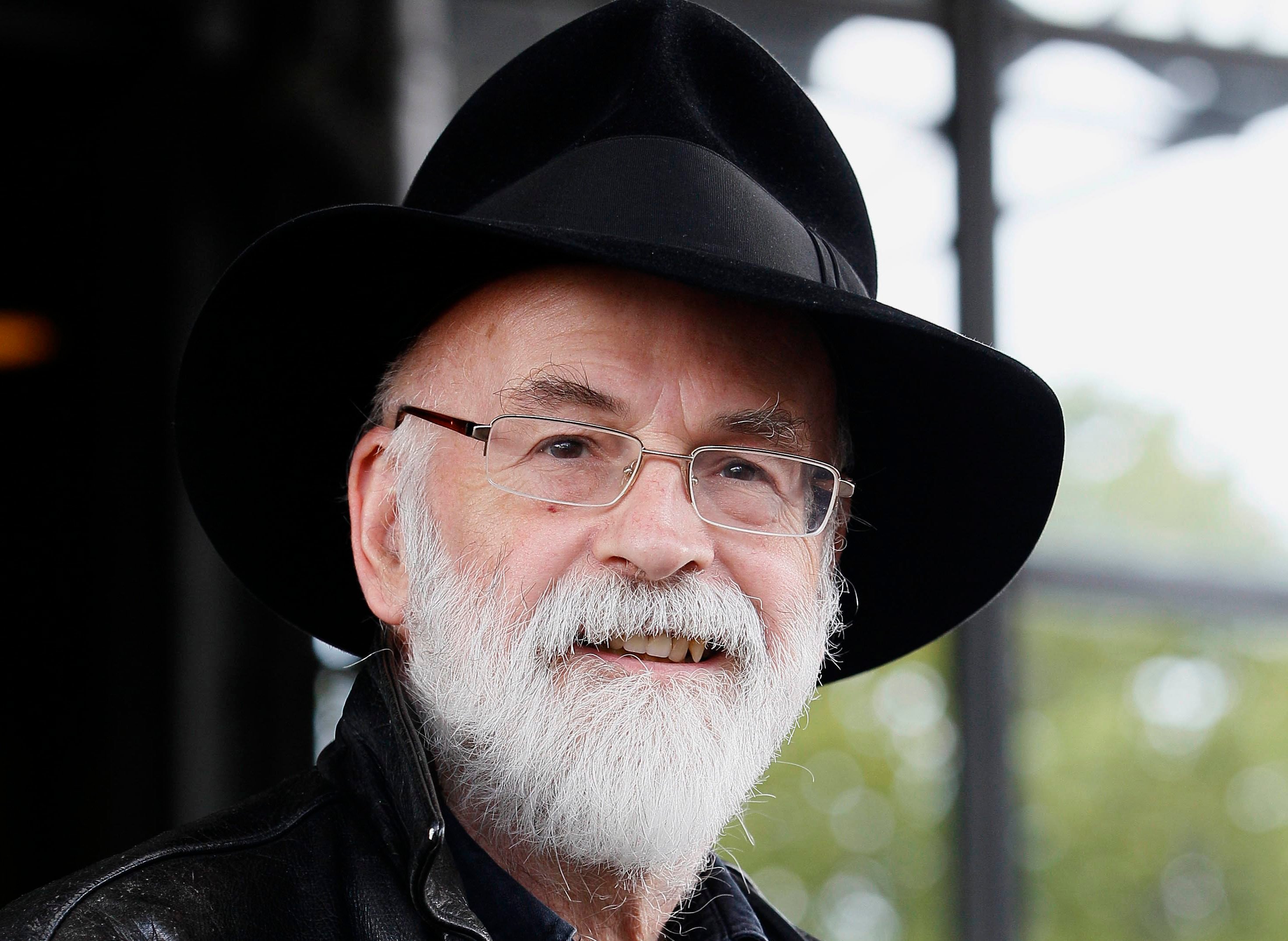 I first learned the news through Twitter, with two simple words:

It arrived from the account shared by Terry Pratchett and his assistant, Rob Wilkins. I understood immediately that it meant Pratchett, my favourite fantasy author, had died.

Pratchett was diagnosed with a rare form of early-onset Alzheimer’s in 2007, called posterior cortical atrophy (PCA). He spoke candidly about his illness, donated money to Alzheimer’s research and worked with the BBC on a two-part documentary called Terry Pratchett: Living With Alzheimer’s. Pratchett also spoke about wanting to die by assisted suicide before his disease progressed too far and made another documentary with the BBC on this topic, called Terry Pratchett: Choosing to Die. As it turned out, complications of his illness took him in the end.

Terry Pratchett wrote more than 70 books but might be best know for his Discworld series. Pratchett used the Discworld as a place through which to satirize our own world. He touched on a variety of topics, from newspaper publishing (The Truth) and stamp collecting (Going Postal) to more serious issues like tensions between ethnic groups (Thud!) and the enslavement and mistreatment of minorities (Snuff).

Even though he tackled serious issues in his books, he had a wonderful way with words, making even the most dire situation lighter, even funny. More than once I received strange looks on public transit when I laughed out loud while reading one of his books. It was his simple turns of phrase, clever puns and astute observations that made the books so special. Some of my favourite quotes and passages are found in his books.

Even in a fantasy world, there are still parenting woes, as City Watch Commander Sam Vimes learned:

“And Sam Vimes thought: Why is Young Sam’s nursery full of farmyard animals anyway? Why are his books full of moo-cows and baa-lambs? He is growing up in the city. He will only see them on a plate! They go sizzle!” (Where’s My Cow?)

The witches in the Discworld didn’t use magic, instead focusing on psychology, or “headology” as they called it, to show their power and wisdom.

“Blessings be on this house,” Granny said, perfunctorily. It was always a good opening remark for a witch. It concentrated people’s minds on what other things might be on this house.” (Witches Abroad)

Pratchett died with his cat sleeping on his bed, which is only appropriate given the affection he shows cats in his books:

“I meant,” said Ipslore bitterly, “what is there in this world that truly makes living worthwhile?”
Death thought about it.
CATS, he said eventually. CATS ARE NICE.” (Sourcery)

But my favourite passage comes from the second book in the series, The Light Fantastic, when there is rioting in the city of Ankh-Morpork, which is observed by the wizard Rincewind and his travelling companions:

“…All the shops have been smashed open. There was a whole bunch of people across the street helping themselves to musical instruments, can you believe that?”

It is in Reaper Man, though, that it seems Pratchett could have been writing about his own influence and contribution to literature:

“…no-one is finally dead until the ripples they cause in the world die away… The span of someone’s life, they say, is only the core of their actual existence.”

For his fans, Terry Pratchett will never finally be dead.

Very sad to hear of the death of #terrypratchett. I vastly enjoy his playful, smart #Discworld books.

#TerryPratchett taught me how to enjoy reading.

I will miss you, Terry, so much. This is the last thing I wrote about you. http://t.co/YKAFrKjkLc

Many thanks for all the kind words about my dad. Those last few tweets were sent with shaking hands and tear-filled eyes.

Sad to hear of Sir Terry Pratchett's death, his books fired the imagination of millions and he fearlessly campaigned for dementia awareness.

And that's why books are wonderful, living on well past the author is gone. #TerryPratchett

"It’s not worth doing something unless someone, somewhere, would much rather you weren’t doing it." RIP the brilliant Terry Pratchett.

@TheTweetOfGod any chance we could get Terry Pratchett back though?