As the weather turns cold and we take refuge indoors, great books become a special comfort. Here are 10 titles to keep readers occupied and delight loved ones during the gift-giving holiday season. 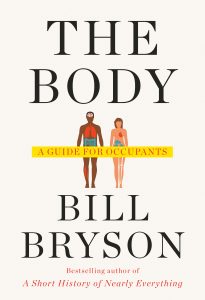 With a combination of geniality and wit unmatched since P.G. Wodehouse, not to mention an ability to synthesize vast amounts of data, Bryson has crafted a career’s worth of bestsellers. The most English of U.S. writers, he is at his best in The Body, a wonderstruck account of what living marvels humans are. Ranging from the skin that envelops humanity to the trace elements deep within, the subject offers ample scope for Bryson’s eye for the absurd but telling detail (a study of 60 individuals found 2,368 species of bacteria in their navels) and, especially, medical irony (much path-breaking 1950s cancer research was funded by a tobacco industry desperate to pin lung cancer on something other than cigarettes). Bryson’s look at what makes us, grows us and, ultimately, disposes of us is endlessly engaging, right up to the final chapter on death. After all, as the book’s last words put it, “Good while it lasted, wasn’t it?” 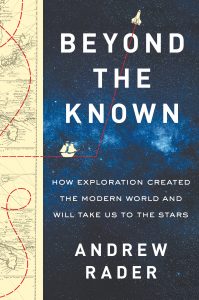 Optimism about the future of human civilization is no common thing these days—for good reason, many of us would chorus—and Rader, who at times glosses over past atrocities, can be gratingly cheerful. But the Ottawa-born mission manager at Elon Musk’s SpaceX offers a bracing antidote to contemporary gloom. Rader’s sweeping overview of a driving human compulsion—the desire to see what’s out there, in the next valley or on the next planet—races along like an adventure story. It’s studded with intriguing asides, including how a 19th-century Austrian widow inaugurated global tourism, before ending up where Rader really wants to go. That would be Mars, and Beyond the Known concludes with a summary of practical reasons why humanity should go there, topped by a passionate plea for what Rader feels is the actual reason: exploration is us. 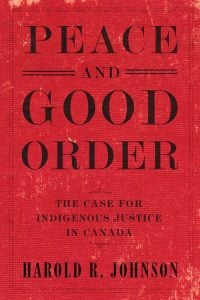 An acclaimed author and member of the Montreal Lake Cree Nation who lives on his family trapline in Saskatchewan, Johnson has also worked as both a Crown and defence lawyer. Now he wants to blow up the Canadian criminal justice system, for the inarguable reason that it doesn’t work for Indigenous people. In wrenching story after story drawn from his own life as well as his legal career, Johnson sets out his case that Canadian concepts of punishment and deterrence bring nothing but havoc to Indigenous communities, which can only prosper if the focus shifts to redemption and reconciliation. Only an Indigenous-controlled justice system will improve rising rates of incarceration, suicide and violence. And for all the problems of jurisdiction and equality before the law that might arise, Johnson has a simple response: “It couldn’t be any worse than what we have now.” 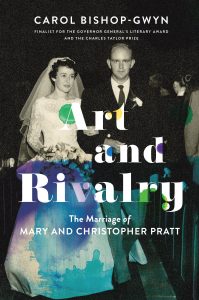 Canada has never had a power art couple to match Mary and Christopher Pratt, and not just because they are both deservedly celebrated painters. Any contenders for the title would have to top the husband handing over to the wife—for the purpose of a series of artistic studies—nude photos of his much younger lover, who was also the Pratts’ babysitter. And then, as Bishop-Gwyn judges, see Mary paint finer portraits of Donna Meaney than Christopher did. Art and Rivalry follows the extraordinary couple from their meeting at New Brunswick’s Mount Allison University in 1955 through their years of work in rural Newfoundland, their private acrimony and public harmony, up to Mary’s death last year, making a persuasive case that neither Pratt would have become an iconic painter without the other. “Complicated” doesn’t begin to describe their half-century-long relationship, a combustive mix of talent, love and competition that implicitly asks, what price art? 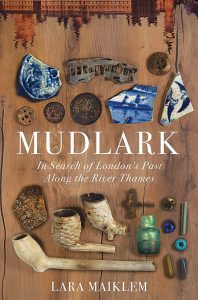 Mudlarking was once a livelihood for Londoners who scoured the banks of the Thames in search of items to sell. Today, mudlarkers like Maiklem have a different aim. For 15 years she has wandered the low-tide mud flats looking for the past incarnate. She’s found everything from jettisoned engagement rings to a stopper for a Roman-era wine jug to a woman’s body, and turned her experiences into a sustained meditation on Londoners’ interactions with the natural force that has shaped their city. In its odd and utterly entrancing way, this is one timely book, evidence that the English have not completely abandoned all their more gentle eccentricities in three years of bitter Brexit madness. But also because, as Maiklem notes, the Thames’ tides are now the highest ever recorded. The river is changing in a warming planet, and Mudlark may soon prove to be an elegy as much for a current practice as for the distant past. 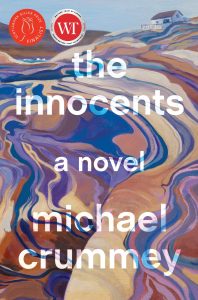 The only title on all three of Canada’s major literary prize lists this year richly deserves its accolades. From River Thieves through Sweetland to The Innocents, Crummey has always written brilliant historical fiction, navigating like few others through the links between past and present. His new novel turns on a brother and sister orphaned two centuries ago in an isolated Newfoundland cove, “the heart and sum of all creation in their eyes.” In a hardscrabble life, their parents had little chance to teach 11-year-old Evered and Ada, nine, much about the wider world, although the children did absorb key factors in keeping themselves alive just by watching. But one lesson had sunk deeply within them: “a body must bear what can’t be helped.” As the titular innocents move courageously through the seasonal rhythms of the year—and grow inexorably into puberty—the entire profoundly heart-wrenching story turns on that fact of life, bearing what must be borne. 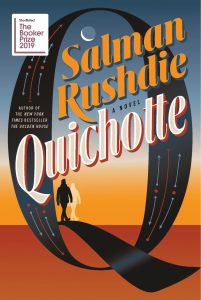 Halfway through Rushdie’s picaresque new novel, its eponymous protagonist and his son, Sancho, pause their journey cross-America in a New Jersey town where people keep turning into mastodons. It’s an homage to Eugene Ionesco’s play Rhinoceros—also an allegory about fascists. Both versions are ridiculous and oddly affecting. Like Ionesco, Rushdie piles up more and more stuff (in this case, layers of plot, self-consciously ornate sentences and references to literature, pop culture and current events) until his poor characters are just about crushed under all that weight, and both comedy and tragedy ensue. Will Rushdie’s modern-day Don Quixote, a septuagenarian Indian-American like his author, ever find (and seduce) his Dulcinea, the Oprah-esque television host Salma R.? Or will Quichotte’s narrative unspool as all around him the opioid crisis, unshackled racism and toxic masculinity demolish American dreams? When it comes to present-day America, Rushdie’s absurdist approach is astute. 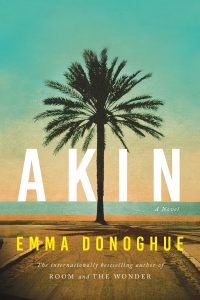 In Room, the novel that brought her international fame, Donoghue explored the life shared by a kidnapped mother and her five-year-old son, both trapped in a small garden shed since his birth. The family dynamics are very different in Akin, with the adult a childless academic of 80 and the kid an 11-year-old great-nephew unexpectedly thrust into his care, while the setting is a sojourn in France, in the family’s ancestral Nice. Michael, who has lost his parents to America’s opioid epidemic—his father dead, his mother imprisoned—is often more worldly wise than elderly Noah, allowing the story considerable intergenerational comedy. Both books share an interest in the meaning of family, an overt theme in Akin, where the plot is less eventful. As Noah starts to look back in this absorbing novel, into his own childhood and into Michael’s, family secrets become family ties. 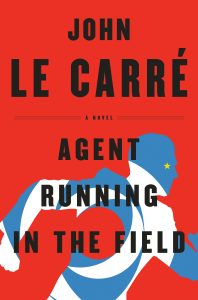 Agent Running in the Field

When last seen in 2017’s A Legacy of Spies—which had roots stretching back to his 1963 masterpiece, The Spy Who Came in From the Cold—le Carré, then 85, was tidying up his legacy as the greatest spy writer of the 20th century. But two years later he’s back in the here and now, in the midst of Brexit turmoil. The story circles around Nat—a weary, middle-aged spy who, like so many of le Carré’s protagonists, is a secret service outsider by class or blood (his mother was Russian), and all the more idealistically patriotic for it—and a different kind of idealist, the much younger Ed, whose name is a nod to Edward Snowden. Intricate, exciting and appallingly believable, Agent Running in the Field turns on questions both moral and political. Just what would Trump-era America exact from an isolated Britain in exchange for economic succour, for one. And, for another, how should a patriot respond? 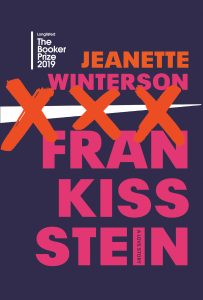 Most novels about artificial intelligence are set in the future, but ever the contrarian—her 2011 memoir is called Why Be Normal When You Can Be Happy?—Winterson zings back and forth between the present and 200 years in the past. In the latter timeline, Mary Shelley is writing Frankenstein while debating with her husband, Percy, and Lord Byron about the rise of machines, the role of men and women in creating life, and immortality—literary and otherwise. In the contemporary story, transgender doctor Ry Shelley is in a relationship with Victor Stein, whose AI business has received investment from sexbot magnate Ron Lord, and who may simply be using Shelley to procure body parts from cadavers. Even though the plot is secondary to the philosophical discussions, its many layers create both witty collisions and emotional depth. Winterson reminds us that the more things change, the more they stay the same—even as we humans attempt to transform and transcend.