The American West was even wilder than we think

Historian and author Mark A. Lause contends the cowboys of the mythic American West were more diverse—and downtrodden—than we realize 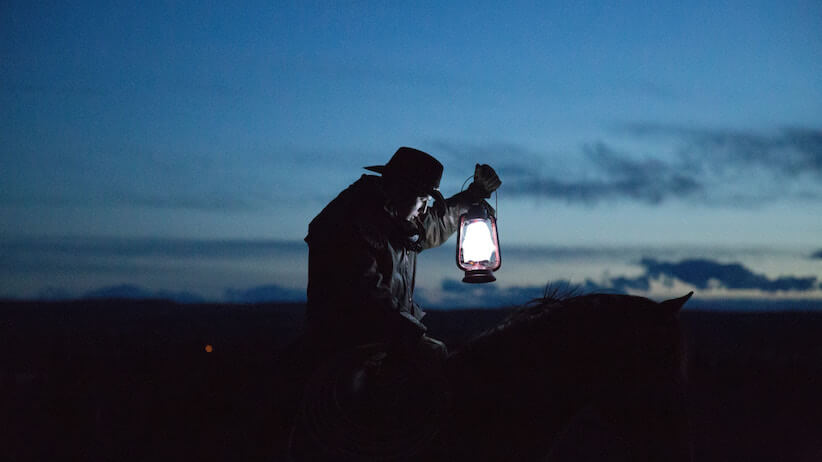 University of Cincinnati history professor Mark A. Lause likes to rub the rough spots in American history, the places where the story doesn’t go the expected way. His previous books include Race and Radicalism in the Union Army, on the successes and struggles of mixed black, Indigenous and white army units, and The Antebellum Crisis and America’s First Bohemians, on the alternative culture and politics that bloomed in New York while war clouds gathered. In his new book, The Great Cowboy Strike: Bullets, Ballots and Class Conflicts in the American West, he looks at that mythical independent contractor, the cowboy living off the land with no social obligations and immediate access to justice in his holster.

Surprisingly, this icon of small businessmen went on strike in the Texas panhandle in 1883, when more than 300 cowboys rode off for two weeks just before the big seasonal cattle drive. It worked: they nearly doubled their monthly wages and, despite newspapers describing everybody as armed, there are no reports of violence. Similar strikes were reported in the following years from New Mexico to Wyoming. Lause’s book roams a West that sounds suspiciously familiar as corporations use any means to strengthen their positions at all costs. And it stops to tell other surprising stories—about, for example, the Industrial Brotherhood, an interracial labour movement that originated in Missouri and ran some of the first integrated schools, or vigilante groups like Stuart’s Stranglers, who were hired to hunt for strike-leading cowboys and other troublemakers. Hardly any modern-day stereotypes: the restless cowboy is actually an itinerant labourer forced to migrate for work and survival, the upright sheriff is an agent of corporate interest, and the thieving rustler turns out to be the real cowboy.

Q: Where does the cowboy myth come from and why is it so tenacious?

A: Myths in the modern world tend to be associated with institutions that promote them and they tend to encourage social deference. Life in the West was part of the wider realities of 19th-century American civilization. Cowboy work involved mostly younger men and boys because the job was so poorly paid, sometimes precarious, and aged people quickly. You had people including native Americans, Chicanos, Blacks and later the Chinese carving a space for themselves, and if in the isolation of the frontier, the old racial standards were often suspended, they were ultimately more sharply and violently imposed. But the realities they lived had little to do with the making of that cowboy mystique.

The importance of the myth seems to me a measure of the extent to which American capitalism simply doesn’t work the way the way it claims to. Everybody knows that it doesn’t really reward harder work. It doesn’t right wrongs or produce justice. So you need the individual righter of wrongs, a fictional figure that smudges categories of class and power. Someone at the same time a working cowboy, a roving gunman and a lawman.  There is a nice photograph in the book of a bunch of Dodge City businessmen dressed up as cowboys in the 1880s. Bosses sometimes even dressed strikebreakers in cowboy outfits, a corporate-imposed uniform to represent individualism over collective action.

And though the mythologizing of the cowboy has deeper roots than the media that promoted it, technology and education popularized the cowboy myth. Mass literacy created a readership for the novels, movies brought such stories first to the silent screen, and sound and colour and later television expanded the appeal. Westerns constituted the largest single category of movies made and, along with cop shows, dominated North American television for a long time.

A recent candidate for senator from Alabama looked until recently to be on his way to victory despite credible charges of being a sexual predator. Bolstering his fumbling and ridiculous denials, Roy Moore wore a cowboy hat, waved a handgun at a campaign rally and regularly appeared on horseback.  For better or worse, the past is still with us.

Q: Whom did you write this book for?

A: It’s aimed at several overlapping readerships. There’s always been general interest in stories of the West and this is no less true among political activists, but historical sensibility can deepen and enrich their experience. I also hope the book contributes something to our understanding of protest and the aspirations for radical political change today.

I wanted to show how ideas of class originated beyond the working-class movements of the great cities in the northeast, and how the West pioneered the development of capitalism. The scale and speed of the [late-19th-century] Beef Bonanza drew capital from across the United States and from overseas, and encouraged the rise of the railroads, which in turn made possible intensified mining on a large scale, and set in motion vast historical changes.

Without this broader view, we leave our own history impoverished.

Q: What was the open range?

A: For generations, settlers thought of the West as a place for the hard-working pioneer subjugating a tiny patch of the natural world.  Clearing the trees, breaking the sod and turning nature into a farm. But in its more arid parts that’s quite difficult, so ranchers and shepherds had to keep their animals moving to new forage. The open range suited them, and after displacing the shattered remnants of the native peoples, they naturally used all that land for grazing.

The idea of ownership in such a vast expanse of territory made little sense. Most people were just passing through in relatively modest numbers and the few others around usually didn’t begrudge their foraging for food or grazing their stock. Branding or notching an ear permitted the owners to identify their own livestock, which they would periodically round up and document.

A: Soaring demand for beef increased the size of the herds and the number of aspiring competitors, so they had to manage the movement of the herds, stabilize access to the forage and water they needed, and try to minimize the mingling of one herd with someone else’s. So, the fences started going up, not only defining property lines but social relations among the people. The large ranchers colluded to claim all the mavericks among themselves, after which taking a maverick could get you killed as a rustler. You could even lose your life just for cutting a fence, which was sometimes a necessity, since the big owners tried to fence in all the watering holes.

The law had an uneven record of protecting small landowners that stood up to large ranchers, and the resolution of these problems became central to most of the so-called range wars, a general term that covered everything from armed social conflicts to personal feuds with political overtones.

Q: A lot of people will be surprised at the kinds of violence described in your book. It’s more like the lynching associated with the American South, or more recent agricultural conflicts like that between corporate and cartel-funded paramilitaries in Colombia in the 1980s, than the myth of the Western.

A: I think the American ruling class honed many of its most successful practices in addressing those questions of social control. The same systems and techniques for running down and removing Indians were just as useful for runaway slaves. Death lists also cropped up in the West, which looks prescient today given U.S. policies in Latin America, as big businesses compiled lists of troublemakers and then hired private security to exterminate the problems for them.

Q: The railroads and the big ranchers emerge as some of the real villains in your book. How did they react to the cowboy strikes?

This must be understood as part of the big picture of how the West produced a more modern kind of capitalism. The really large ranches and the railroads were almost always owned by people who didn’t live there. The larger ranches from the Texas Panhandle into Wyoming belonged to overseas investors, so there was a layer of management between the owners and the workers.

It’s hard to imagine any employers with more free rein than the big landholders in agriculture or livestock at the time. In 1884, Oldham County’s masters were actually arrogant enough to send election returns to the state capital alleging that 100 per cent of the voters went Democratic. That’s beyond banana republic norms.

The big ranchers hired guns as “regulators” with so little oversight that we don’t even have an accurate count of how many people they caught alone on the prairie and simply murdered. In Kansas, a judge’s bodyguard could straight up assassinate someone involved in a legal dispute with that judge and just walk away.

Of course, nobody aware of what’s been happening recently in American cities between law enforcement and unarmed African Americans can think that such things are simply matters of history.

Q: Canadians like to see themselves as having been the more reasonable and less violent settlers during the period of westward expansion. Can you talk about this?

A: Canadians comparing their national experience to what happened in the U.S. sets the bar about as low as it could get.