A skeptic’s look at the foreign-aid economy

Augusta Dwyer provides thoughtful scrutiny in 'The Anatomy of Giving' 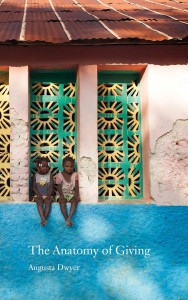 THE ANATOMY OF GIVING

Maaouya Ould Sid’Ahmed Taya gets only passing mention in Dwyer’s intricate account of three decades of aid from the developed to the developing world. But Taya, ruler of Mauritania from 1984 until he was ousted by a coup in 2005, was an aid player like few others and perfectly illuminates one corner of development politics. His general pro-Western stance brought in an increase in aid in the ’80s, until his repressive rule alienated donors. He then made the bold move of making Mauritania only the third Arab country to recognize Israel, which immediately reopened the “aid taps” without the bother of political reform.

Whatever the humanitarian urges of individuals contributing to an earthquake relief fund, First World governments always want some payback for their largesse. On the level of international politics it was once lining up against Soviet influence; today it’s support against Islamic terrorism. UN votes matter a lot. Dwyer, a Canadian journalist who has spent decades covering the relationship between the global north and south, quotes an Oxfam researcher who notes that when a poor nation secures a seat on the UN Security Council, American aid “increases on average by 60 per cent.” On a lower political level, it’s more like ward-heeling tit-for-tat. Up to a third of bilateral aid is “tied” to expensive, and for local economies often disruptive, purchases of donor-country services. Canada makes no bones about it: CIDA, the Canadian International Development Agency, born in the floodtide of 1960s idealism, was folded into the Department of Foreign Affairs in 2013.

But politics is not the only aspect of aid to come under Dwyer’s thoughtful scrutiny. She considers celebrity aid, volunteerism, altruism and the actual harm many aid projects have wreaked: the main effect of a massive CIDA-sponsored wheat farm in Tanzania was to take the land that kept 40,000 pastoralists poor but not desperate, leaving them poor and desperate. In seeking to find out why the world’s poor have derived so little benefit from the $130 billion the rich send their way annually, Dwyer keeps zeroing in on the same disconnect: no one, however well-intentioned, ever lets the poor control their lives.

Western governments were far too ready to turn a blind eye during the Cold War to corrupt but friendly governments siphoning off aid money, and may be trending that way again in search of anti-terror allies. Yet the lesson donors draw from that—bypass the state—further weakens what the poor need most of all once the foreigners have gone home and the aid tap turned off: effective, responsive government.