Book review: The Birth of the West, by Paul Collins

When exactly Western civilization was born 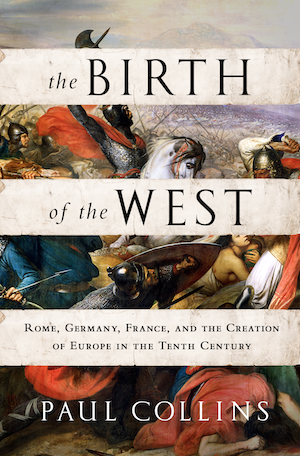 Historians have been arguing over the origins and distinctiveness of Western civilization since it began. The debate has been endless partly because the scholars can’t agree on their terms—just what is “the West,” anyway? But mostly because within the historical profession as a whole, and probably within each historian’s psyche, lie contradictory emotions: the longing to find a starting point, to say on one side of the line is this, while on the other side is that, and the belief that the roots of the present go back and back and back.

So it is, that after scholars have spent generations pushing back Western origins from the Renaissance and Reformation to arrive at the 11th century—when a reformed papacy emerged and the three centuries of better climactic conditions known as the “medieval warm period” got going—along comes Collins to knock another century off the reckoning.

He makes a lively, if not ultimately convincing, case that the foundations of 11th-century expansion—by the end of which, Europe was powerful enough that, after fighting off or assimilating invaders on all fronts, it was able to start invading its neighbours in the First Crusade—were laid in the 10th century. In particular, a revived, reform-minded and now German-dominated Holy Roman Empire ended the threat of Magyar incursions from the east and freed the papacy from the vicious power struggles of local Roman nobility.

The papacy, Collins rightly points out, reached its nadir in the late 9th century with the infamous “cadaver synod” of 897, when Pope Stephen VI exhumed his predecessor Pope Formosus and put him on trial for perjury. (Unsurprisingly, the corpse was found guilty, then tied to weights and thrown in the Tiber.) But to argue that the 9th century was even worse is not enough to make the still chaotic 10th the West’s foundational era. No matter: someone is bound to make a pitch for the 8th century soon.