Book Review: The Book of My Lives 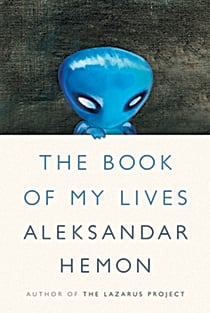 Hemon’s first book of non-fiction—a collection of biographical essays in loosely chronological order—opens with a botched attempt at sororicide. The author recalls how, as a jealous four-year-old, he tried to snuff out his newborn sister, “pressing my thumbs against her windpipe, as seen on television.” In that moment, Hemon realized his love for his sister and felt remorse; it’s his earliest memory of observing himself from the outside, like a character in a story. For Hemon, a compulsive storyteller, the moment his sense of the world expanded, his narrative imagination was born.

Readers acquainted with that imagination may be familiar with the author’s backstory. After a short visit to the U.S. in 1992, he was set to return to his native Sarajevo when the city fell under siege; instead he stayed in Chicago, which he now calls home. In these essays, Hemon writes with aplomb about everything from the “disaster euphoria” of pre-war Sarajevo to the difficulties of living in exile, the utopianism of borscht and the transcendent joy of playing soccer. While his fiction is known for borrowing from his biography, here the reverse is true: Hemon flexes an impressive descriptive muscle to convey his lived experiences. Of a childhood desire to avoid summer trips to the family cabin: “We much preferred idling and simmering in the parentless cauldron of the city.” And of waiting out a downpour in Chicago: “We took shelter in a van; the rain clattered against the roof, as though we were in a coffin, somebody dropping shovelfuls of dirt on us.”

In the final and most affecting essay, Hemon recounts his infant daughter’s illness from a brain tumour. He writes directly and unsentimentally about human suffering—how it is experienced in isolation, while the rest of the world goes about its business. For Hemon, fiction is a survival mechanism. “We process the world by telling stories and produce human knowledge through our engagement with imagined selves.” Stories cannot save us from the rigidity of circumstance, but at least they may help us endure.