The new year’s most-anticipated books, and its most unlikely and controversial hits 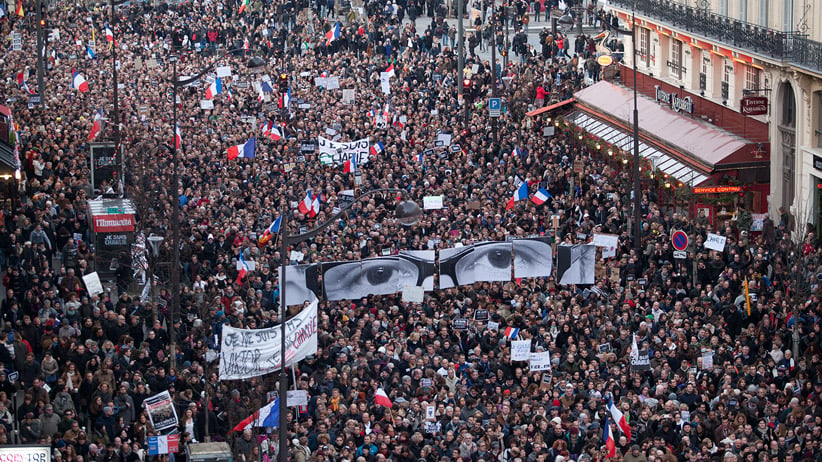 Truman Capote’s Black and White Ball of 1966. London during the Blitz. An Ohio swamp in the early 1800s. The soon-to-be frozen realm of Westeros, whenever. In 2016, as always, fiction will be all over the map, literally and figuratively. Unmoored from our real-world predicaments and, usually, from the times—although the 400th anniversary of Shakespeare’s death will bring the novelistic “reimagining” of several plays to publication—fiction follows its own idiosyncratic path (and its publishers’ marketing schemes).

The heavyweight entries include Yann Martel, who delighted critics and readers with The Life of Pi in 2001 and dismayed both with Beatrice and Virgil in 2010. The High Mountains of Portugal, another multi-strand Martel tale that ranges from the Iberian Peninsula to Oklahoma, is out in March. Norwegian writer Klaus Ove Knausgaard, whose ongoing autobiographical project has always impressed critics more than readers, has a new volume in the saga, Some Rain Must Fall. But the bestseller lists will be dominated for much of the year by George R.R. Martin’s sixth Game of Thrones novel, The Winds of Winter, widely expected before the new season of the series’ TV version begins in the spring.

He will be joined there by other popular storytellers. Pat Barker, author of an acclaimed Great War trilogy, turns to the Second World War for the first time with Noonday, and in The Wonder, Emma Donoghue, author of the brilliant Room, has another novel about a young child in threatening circumstances. Melanie Benjamin, who tackled Charles and Anne Lindbergh with sympathy in the bestselling The Aviator’s Wife, shows what one early reader calls “an unabashed delight in bitchy gossip and lavish lifestyles,” in her Truman Capote novel, Swans of Fifth Avenue.

Other highly anticipated novels include two of those retold Shakespearean plays—Margaret Atwood’s as-yet-untitled take on The Tempest and Shylock Is My Name by Howard Jacobson, Britain’s most prominent chronicler of Jewish life. There is also the latest potential blockbuster in domestic noir, The Widow. British journalist Fiona Barton, who deserves bonus points for not having “girl” in her title, used to wonder, covering sensational trials, what the wives of the accused really thought: the result is this tale of a marriage hedged by criminal secrets and lies. In the same vein is The Gun, by Japanese writer Fuminori Nakamura, who straddles the crime-literary fiction boundary like few others. It gives a new twist to Chekhov’s rule: a gun mentioned in the first act—or here, a gun found by a dead body in the opening pages—must eventually be fired.

Then there’s At the Edge of the Orchard by Tracy Chevalier, about pioneering in Ohio in 1838 and My Name is Lucy Barton, by Elizabeth Strout, a mother-daughter relationship tale from the Pulitzer prize-winning author of Olive Kitteridge. And finally, a novel more soberly awaited, the posthumously published Café Babanussa. Karen Hill, sister to author Lawrence and singer Dan, struggled to finish her story during her three decades of intermittent mental illness before her accidental death in 2014. The novel, set in West Berlin in the 1980s, where Hill suffered racial slurs and her first bout with bipolar disorder, will also include her essay “On being crazy.”

Non-fiction, of course, is more attuned to the surface moment. There are significant anniversaries in Canadian history in 2017—150 years since Confederation, 100 years since Vimy Ridge—but given publishers’ desire to be first, there will be early-bird releases, including Governor General David Johnston’s The Idea of Canada. It’s a collection of 50 letters sent to a variety of Canadians (some prominent, some unknown) setting out Johnston’s thoughts about his country.

The so-called Islamic State and terrorist attacks have sparked a slew of books, three of which appear to be stand-outs. Open Letter is a posthumous and militantly stirring manifesto on free speech by Charb, editor-in-chief of Charlie Hebdo and one of the 12 people murdered by Islamist terrorists in the magazine’s Paris office last January. Engineers of Jihad investigates “the relationship between political inclinations and personality traits,” with an eye to figuring out the disproportionate presence of engineers among jihadis. (And, for that matter, among secular right-wing terrorists too; left-wing terror has usually been dominated by liberal arts or social science graduates.) Journalist Mark Bourrie offers something more intimate in The Killing Game: a comparison of the oddly similar choices of John Maguire and Dillon Hillier, two young Canadians who fought on opposite sides in the Middle East, perhaps even in the same battle.

2016 also sees the usual eclectic offerings. Brown, by Canadian writer Kamal Al-Solaylee, whose Intolerable was shortlisted for the Hilary Weston Writers Trust Prize last year, sets out to discover what being “on the cusp of whiteness and on the edge of blackness” means. Laura Poitras examines universal surveillance in Astro Noise, while 100 Million Years of Food by bio-anthropologist Stephen Le, a visiting professor at the University of Ottawa, looks at what its subtitle proclaims: “What Our Ancestors Ate and Why it Matters Today.”

Perhaps the year’s most arresting book, at least in concept, is by Frenchman Pascal Quignard, a musician who organized the International Festival of Baroque Opera and Theatre at Versailles in the early 1990s before renouncing music in 1994 and becoming a critically acclaimed author. His The Hatred of Music explores the often dangerous power of music. It sounds like it will be one of very few books to invoke a universal—and deeply negative—response. Humans live by stories and learn by stories, but we love music.

FILED UNDER: Charlie Hebdo Editor's Picks Noonday Shylock Is My Name The Hatred of Music The High Mountains of Portugal