The chronicles of Flavia 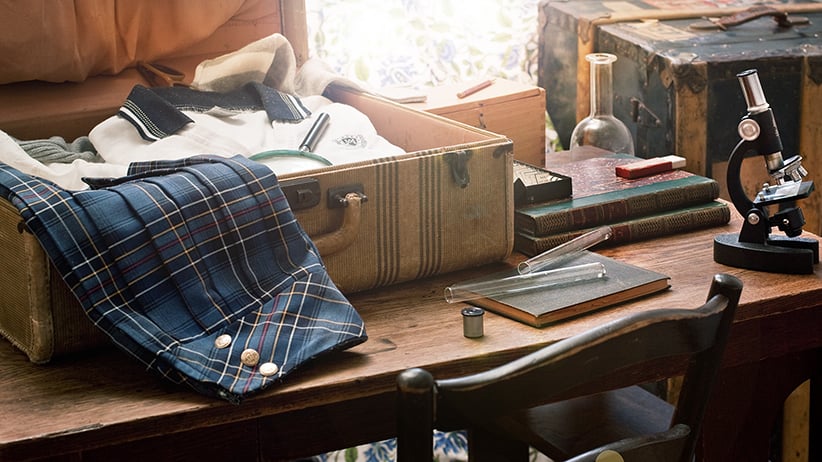 Eleven-year-old Flavia de Luce, perhaps contemporary crime fiction’s most original character—to say she is Pippi Longstocking with a Ph.D. in chemistry (speciality: poisons) barely begins to describe her—is finally coming home. Not her own home, to be sure, but that of her Canadian creator, Alan Bradley, who—having moved to Britain—is shipping the English-village sleuth off to boarding school in Canada for her seventh novel,   As Chimney Sweepers Come to Dust. The double switch is purely coincidental, says the amiable Bradley over the phone from his new home on the Isle of Man, even if it’s the sort of coincidence Flavia would never buy. But she “lives in a self-creating world, and I have to listen to her, however much she takes me by surprise,” Bradley says. “I knew Flavia’s own story would take several volumes, and it’s simply time for her to go to Canada.”

Bradley, 76, and Flavia, who both grew up with a single parent and two older sisters, are almost of an age, with Flavia born in 1939, a year after the author. But, while the Toronto-born Bradley was living in Cobourg, Ont., at age 11, Flavia is ensconced in the decrepit de Luce family manor of Buckshaw, and busy repaying, with interest, bullying from her sisters—injecting poison ivy oil into a lipstick tube, in one instance—while solving murders in the nearby village of Bishop’s Lacey.

It’s a target-rich locale for someone fascinated by the chemical processes of human death. In six hugely popular novels unfolding over a single year (summer 1950 to summer 1951), Flavia meets a corpse or more per tale, meaning her village exceeds Miss Marple’s St. Mary Mead in its statistically implausible rate of violent death.

Bishop’s Lacey is also a self-consciously Potemkin village. Bradley never set foot outside North America until he was 69. “Many times, I dreamed of flying to England,” he recalls, “but I always woke before I got there.”

So when he began crafting Flavia’s first adventure, The Sweetness at the Bottom of the Pie (2009) in Kelowna, B.C., after retiring as director of television engineering at the University of Saskatchewan, he turned to a storehouse of images drawn from British Golden Age mysteries of the 1920s and ’30s, “especially Dorothy Sayers,” whose Lord Peter Wimsey stories, as much novels of manners as mysteries, suffuse the chronicles of Flavia. Thomas Hardy, Evelyn Waugh and every last Brontë, to name a few, have also left traces in the child’s DNA, but the crime writers are dominant in her setting.

She is surrounded by stock characters. There’s her distant, stamp-obsessed father, Col. Haviland de Luce, who had a bad war as a prisoner of the Japanese, and the colonel’s devoted jack of all trades, Dogger, who had a worse one. (During one PTSD “episode,” Dogger mistakes Flavia for a fellow captive in a Japanese POW camp and politely inquires how she got her tongue back.) There is also a greasy publican, a vicar with spiritual depth, respectable spinsters, and a local police inspector Flavia quite likes, even if she finds him, like most adults, “a bit slow.” Her world, in short, ought to be a porridge of clichés.

Yet it’s not. Bradley achieves the effect rendered by American photographer Cindy Sherman’s Untitled Movie Stills series, each reminiscent of Italian neorealist cinema or American film noir, each capable of sending a viewer in mental search of a half-remembered film that never was. Bradley moves his supporting cast about with such understated grace, backlighting only their symbolic aspects and merely hinting—as he did with Dogger’s cut-off tongue memory—at the life under the surface, to the extent they become hyper-real, adult models for Flavia to consider and (mostly) reject.

That leaves the weight of the series to be carried by a child. Flavia—ruthlessly intelligent, obsessed with chemistry (knowing its secrets is like “being in at the Creation,” she says), haunted by her absent mother and untroubled by hormones—is up to it. Bradley won’t let her age past 12 for that reason: “I don’t think Flavia at 17 or 18 would be as likeable,” he says. Maybe so, but unless she actually poisoned someone in a lover’s quarrel, he’s probably wrong.