Dave Eggers pulls it off — mostly

New novel is is cross between cranky, techophobic rant and incisive cultural critique 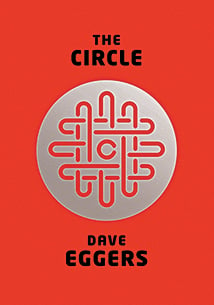 It can be hard to tell sometimes if Dave Eggers is an inspired writer or just a bored one. He jumps between styles and genres almost every book, never settling on one long enough to really make it his own. It’s no surprise then that after the pared-down minimalism of his previous, excellent, novel, A Hologram for the King, Eggers has returned with something entirely new again. The Circle is part potboiler, part dystopian parable. It exists as a novel somewhere between cranky, technophobic rant and incisive cultural critique. Eggers, as he usually does, pulls it off—mostly.

Set in the very near future in Silicon Valley, The Circle imagines a world where a single company does the work and has the reach shared today by Facebook, Google, Twitter, Amazon and a few others. The company, also named the Circle, operates on a sprawling campus outside San Francisco, where its thousands of employees are held gently captive, coddled with free gourmet food, nightly parties and even luxury dorms.

When the book opens, Mae Holland, a twentysomething recently escaped from a cubicle job at a local utility, is starting her first day at the Circle. “My God,” she thinks when she first sees the campus. “It’s heaven.”

Of course, it turns out the company is anything but heavenly, though its founders do have ambitions of God-like reach. The Circle’s goal is to broadcast and catalogue everything: every private moment, every personal preference, every purchase, thought, feeling and action. As Mae sinks deeper into the company, it becomes more and more clear what that will mean, for her and for society as a whole.

The Circle is a kind of hyperbole in novel form; it’s a gross exaggeration of trends that are all real, just not as extreme as they appear in Eggers’s fictional world. It’s strange to think of the author of A Heartbreaking Work of Staggering Genius—a pure distillation of youthful ambition, anxiety and zeal—as old. And Eggers is only 43. But in The Circle he stumbles occasionally into fusty nostalgia. Still, the book is fun to read and, on balance, valuable, in its own get-off-my-lawn-you-crazy-kids kind of way.