Two magazines, plus Ottolenghi, Keller and Swedish chef Magnus Nilsson's latest cookbooks round out the list

Yotam Ottolenghi knocks The Vegetarian’s Complete Quinoa Cookbook down a notch on the top sellers list at the Cookbook Store–the go-to spot in Toronto for food and wine-related reads–with Jerusalem, the U.K. chef’s third publication. Meanwhile, Swedish chef Magnus Nilsson enters the list at No. 3 with Faviken, a cookbook named after his 12-seat Stockholm restaurant, where the 28-year-old “contrasts the sweet simplicity of foraged and farm-fresh ingredients with a kind of Viking bloodlust,” according to the New York Times. This month’s list is “quite a cross-section of what’s new on the shelves,” says manager Allison Fryer. “It’s very international in taste, with lots of bold flavours. Throw in two eclectic magazines, a bit of home chemistry and the ever-present quinoa and you have the makings of some engaging reading and cooking.”  See for yourself: 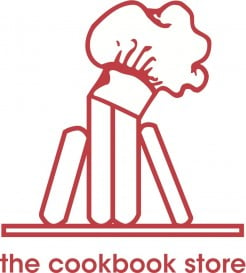 9. Modernist Cuisine at Home, by Nathan Myhrvold and Maxime Bilet

10. The Lebanese Kitchen, by Salma Hage and Toby Glanville