REVIEW: The crisis of Zionism 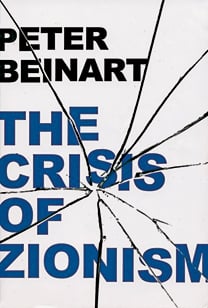 If American journalist Beinart wasn’t Jewish, it’s likely that his new book might be carelessly mistaken for run-of-the-mill anti-Semitism. Which is precisely Beinart’s point: criticism of Israeli policy, he argues, is too often labelled anti-Semitic by the Israeli and American-Jewish establishments. It’s a reality that prevents Jews from recognizing modern Israel for what it truly is: a rapidly receding democracy. The ever-expanding settlements in the West Bank and the occupation of Gaza are, in Beinart’s view, totally antithetical to the liberal Zionism championed by Israel’s founding fathers. He believes that without liberal Zionism, Israel is morally defunct, and without morals, Israel’s survival is not guaranteed.

Beinart is extremely critical of the Netanyahu government, and what he considers its hypocritical stance on social justice: “Israel’s leaders defend the Jewish state against international isolation by invoking its liberal democratic character,” he writes, even though “their own policies are eroding it.” Unfortunately, Beinart is no stranger to hypocrisy himself. He rails on about stock victim rhetoric recycled from the Holocaust and its crippling effect on modern Jewry—“we need a new American-Jewish story, built around this basic truth: we are not history’s permanent victims.” Yet the basis for his Zionism, and his passion for a healthy, democratic Jewish state, is victimhood itself: “As a Zionist, I believe that after two millennia of homelessness, the Jewish people deserve a state dedicated to their protection in their historic land.”

In the world according to Beinart, then, American Jewry should base its identity on the “truth” that they are not history’s permanent victims, and at the same time, justify Israel’s existence on the reality that they are. It’s hard to swallow, to say the least. Or as one rabbi, Ammiel Hirsch, blogged in the Huffington Post recently, The Crisis of Zionism poses some “interesting questions for an academic thesis.” But, Hirsch says, it’s “hardly a serious political proposal.”