For the last hundred years, says the author, the war on drugs has been a monumental, expensive, destructive and tragic failure 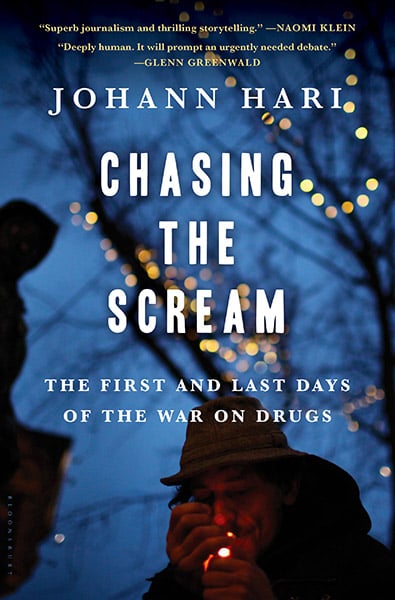 CHASING THE SCREAM: THE FIRST AND LAST DAYS OF THE WAR ON DRUGS

The Glasgow-born Hari is a superb writer and a dodgy journalist. Having reached great heights at a young age—winner of the 2008 Orwell Prize for political writing of “outstanding quality”—Hari, now 36, tumbled through a plagiarism scandal (mostly taking comments that interview subjects made elsewhere and inserting them into his interviews) and hit bottom when he was caught pseudonymously and maliciously editing his critics’ Wikipedia entries. In 2011 Hari had to return his Orwell Prize and leave the Independent newspaper.

So what does all that mean to this book? Not much, partly because the contrite writer has promised to post all his interviews online, so a reader can be sure of his sources, and is open about his own past drug use, but mostly because Hari’s case is so unassailable it needs no ethical shortcuts to be made: The century-long war on drugs has been a monumental, expensive, destructive and tragic failure. Even someone who believes legal prohibition is the way to deal with the eternal human desire to alter one’s personal reality can’t possibly think this is the way to go about it.

Hari opens with sketches of three individuals symbolic of the drug war’s early days after the passage of the Harrison Narcotics Tax Act in 1914 started the prohibition ball rolling in the U.S.: Harry Anslinger, the first commissioner of the Federal Bureau of Narcotics; New York gangster Arnold Rothstein, who established an early and very effective drug-trafficking network; and Billie Holiday, who surely needn’t have died of her personal addiction demons. Anslinger, a bureaucratic empire-builder to rival J. Edgar Hoover, as well as being a deeply troubled man himself, wasn’t the first to play the race card in a policy area that has always had more to do with race than public health in the U.S. But he played it very effectively, preaching to the press and Congress about the drug-crazed black and Asian men forgetting their place and threatening the white women of America. Holiday, Hari shows, is one of his direct victims, while Rothstein is merely the first—and hardly the most murderous—in a never-ending succession of drug lords. Together, the trinity show that the more things change, the more they don’t.

The writer ends with a few grace notes: liberalizing measures in a handful of jurisdictions, especially Portugal, where all drugs have been decriminalized since 2001. Some statistics indicate the rate of drug use there is now lower than anywhere else in Europe, others merely show that drug use has not increased. Either way, Hari makes very clear: the situation is better than what Canadians and Americans have.