'The Father' examines how to create a criminal 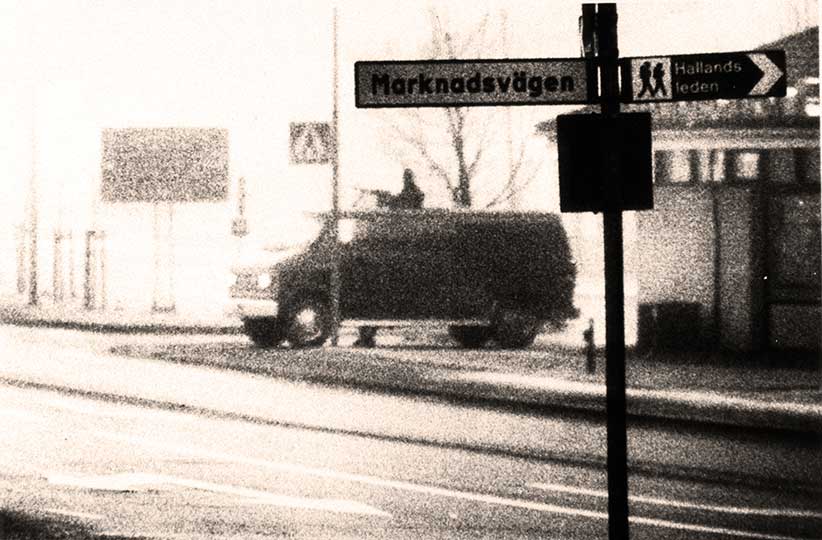 Watching his three brothers become Sweden’s most notorious bank robbers a quarter century ago neither surprised nor, at the time, much troubled Stefan Thunberg. What rocked him, and left Thunberg in a locked-in silence even after he became a celebrated screenwriter whose credits included TV adaptations of Henning Mankell’s Wallander novels, was the eventual involvement of their abusive father, the man who had created the violent family dynamic from which emerged the criminal sons.

Thunberg, now 47, had grown up amidst the wife-battering and other abuse; he had internalized the intense clan loyalty, the never-snitch ethos instilled by his Balkan immigrant father, who had experienced a horrendous Second World War childhood. As a 10-year-old, second-oldest of the quartet, Thunberg had watched his older brother, Carl, 12, and their father concoct Molotov cocktails to throw into the house where the boys’ mother had taken refuge. He had lived through the traumatic split with their father that had bound the boys together even more tightly. He knew his brothers’ plans and where they hid cash and weapons, and no one, Thunberg included, ever worried he might betray them.

All that (and more) Thunberg kept quietly tucked in a corner of his mind. What he couldn’t let go, and what became the core of The Father—the novel he co-wrote (under the collective pseudonym of Anton Svensson) with Anders Roslund, a bestselling crime writer and investigative journalist—was the crime spree’s denouement.

On Dec. 23, 1993, Thunberg heard on the radio that police had finally cornered the Military Gang, so called because they had armed themselves by first looting an army depot of 200 AK-47s. Three members fleeing their latest robbery had driven into a a ditch during a blizzard and were now holed up in an empty summer cottage. “I knew right away that two of them were Carl and a childhood friend,” says Thunberg in a joint interview with Roslund. “But it took me much longer to realize the third man must be our father.”

How could that be, wondered an astonished Thunberg, and what did the men talk about in the hours before the police fired tear gas into the cottage? He finally spoke of his family saga to Roslund, a friend who told him “the father-son dynamic was the heartbeat of the story.” Thunberg decided to tell it, and to do so as a novel, rather than a memoir. He couldn’t imagine how a true-crime account, bogged down in inconsequential facts, could convey the emotional reality of their lives: “Truth is often more clear when it is fictionalized.”

The result is an extraordinary book that works on every level for which it aims, as a fast-paced thriller, as a psychological portrait of the brilliant and charismatic older brother becoming the father he loathed, and as an exploration of the damage violence wreaks on victims even when they are not physically harmed.

It was no easy task to complete. A year into the 30-month project, Thunberg walked out, not to return for three months. The snitch aspect of the novel, an offence against the most ingrained value of his childhood, nagged at him, but worse still was his reaction to the victims’ accounts describing a complete loss of all sense of security. “For the first time I realized it was about more than me and my brothers, our loyalty and my shame.” Thunberg was relieved by the positive responses of his brothers, who all read the novel. His father, who died in September, did not: “I think he tried and didn’t like it. I don’t know.”

The real validation, though, especially of the idea that fiction can convey truth better than facts, came in a letter the authors received soon after the novel came out in Sweden. Roslund says his hands were shaking as he read it. “It was from one of the first victims, a guard on an armoured car who had had a rifle barrel shoved in his mouth, who had never worked again, who found the dry legal reckoning in court useless. He wrote, ‘Now I understand, now I know that wasn’t a black-clad demon at the other end of the gun, but another human being.’ ”