The Fault in Our Stars: 'Not just another tearjerker' 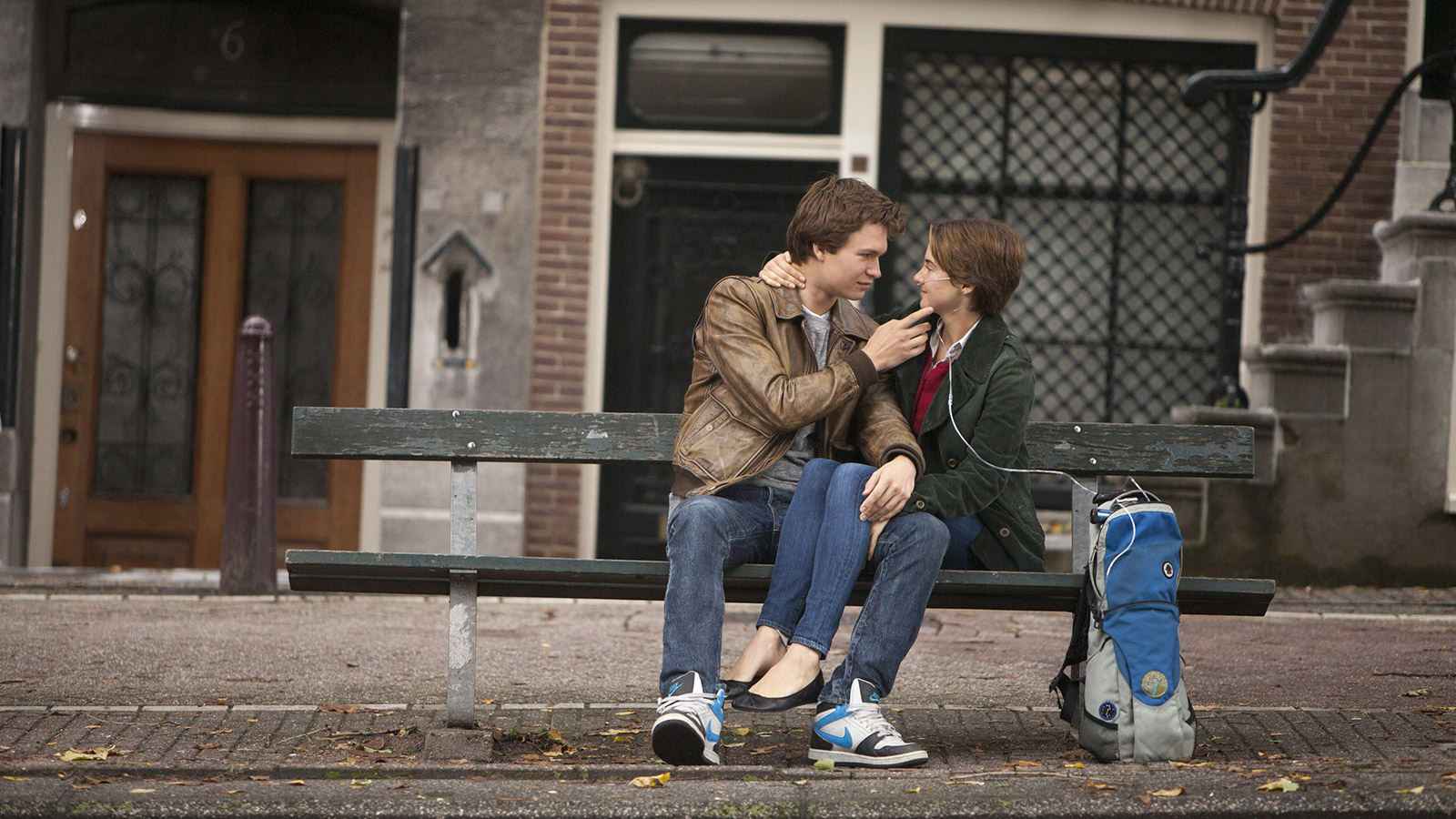 Unless they were staked through the heart or deprived of their daily helping of hemoglobin, it’s safe to say the vampire hunks of teen sagas Twilight and The Vampire Diaries would brood over their adolescent girlfriends until the end of time. That’s because romantic yearning in young adult (YA) ﬁction has for the last decade been defined by immortality. Now thanks to American author and YouTube star John Green, recently dubbed “the Teen Whisperer” in The New Yorker, that status quo has shifted. Today’s most popular YA lovers are not only mortal; they may not even live to see tomorrow. Hazel Grace Lancaster and Augustus Waters, the young, ill-fated couple central to Green’s bestselling book, The Fault in Our Stars, don’t battle a supernatural or dystopian force, but a real one: cancer. To the unmatched delight of hundreds of thousands of preteen girls around the world, they consummate their love in its terminal grip.

Hazel, the story’s protagonist, played by breakout star Shailene Woodley (Divergent) in the book’s film adaptation out this month, is a mousy, thoughtful 16-year-old girl living in Indianapolis with stage 4 thyroid cancer. The disease has, in her own words, transformed her once-functional lungs into “lungs that suck.” Not only does she have to wear a nasal cannula, a respiratory aid that pumps air through her nose, she’s also hooked up to an oxygen tank resembling a golf bag on wheels, which she’s forced to cart around with her wherever she goes. She’d already be dead, she tells us, if it weren’t for phalanxifor, a “miracle drug” (dreamed up by Green) that prevents her lungs from filling up with fluid.

Like most YA novels and films, TFIOS plays with themes of morbidity, first love and alienation. But more than anything else, it tries on adulthood. Hazel’s cancer makes her physically beholden to her parents, of course—kind and simple folk who chaperone her around town and encourage her to make friends—but it also seems to make her preternaturally mature. She has no patience for her pre-diagnosis friends, one of whom (a character removed from the story in the film adaptation) seems to spend all of her time at the mall while Hazel takes courses at the local college. In The Fault in Our Stars, cancer doesn’t render you strong and stoic but precocious.

In her spare time Hazel reads a dense, self-reflective book called An Imperial Affliction (also dreamed up by Green) by a reclusive author named Peter Van Houten, about—how very meta—a teenage girl who is dying of leukemia. Hazel also quietly mocks the Bible-thumping leader of her cancer support group, an acoustic-guitar-wielding dolt. That is until she meets Augustus Waters, an osteosarcoma survivor with “a hell of a jawline.” They exchange novels, travel to Amsterdam together on what they call a “cancer perk” (a.k.a. a last wish) and fall in love, writes Green, “the way you fall asleep; slowly and then all at once.”

The cancer romance genre is in no way new. Its onscreen iterations tend to range from the corny (A Walk to Remember, 2002) to the cornier (Love Story, 1970); so do its literary ones. One American YA author, the prolific 70-year-old Lurlene McDaniel, is alone responsible for dozens of novels that deal with a host of illness and tragedy, cancer included, from a body of work that encompasses some 70 books aimed at the teen demographic. Most seem to speak to the universal twin adolescent urges to both flirt with and run from adulthood.

But writer Margaret Lyons admits Green’s book (she has yet to see the movie) is higher brow than many others in the genre. She would know. “I must have read 100 dying-teen books,” she wrote in Vulture recently. “Most of them were about characters with cancer, but there were a few cystic fibrosis sagas in there, maybe an early HIV/AIDS story (we’re talking the early ’90s here), some catastrophic accidents, and some generalized organ failure.” Lyons says that the books, besides being merely entertaining, actually helped her with the grieving process. “When I did lose somebody close to me, it felt a bit less crazy-making,” she says. “It’s still horrible and you feel unmoored from your previous life, but I knew [because I had read the books] that it wasn’t the first time anyone had felt like this.”

Green’s book is no doubt soothing for grieving teens but it’s probably more broadly satisfying for anyone in high school who is insecure but self-obsessed, who feels inadequate and fancies himself smarter and more mature than his peers. Hazel is the perfect literary companion for the introspective, inquisitive teen. She’s smart and funny and often profound (her private observation, for example, that “funerals aren’t for the dead” but “for the living” is the kind of subtly beautiful lesson any self-absorbed teenager—which is most of them—should learn before he or she graduates from high school).

It’s no accident that despite their obvious depth, Green’s characters are prone to expelling the same brand of highfalutin verbal diarrhea that the oversized teenagers on Dawson’s Creek and Gilmore Girls did. When Augustus pulls out a cigarette the first time he and Hazel meet outside their cancer support group, she chides him for his “hamartia” (meaning a fatal flaw, in ancient Greek poetics). She does this after spontaneously announcing to the group that “there was a time before organisms experienced consciousness, and there will be a time after. And if the inevitability of human oblivion worries you, I encourage you to ignore it.”

It’s not unbelievable that a 16-year-old girl who watches America’s Next Top Model, as Hazel does on a near-daily basis, would ponder the meaning of life and death, but it is a little rich that she, or anyone for that matter, would do so with the same vocabulary as Noam Chomsky. One might have expected the film’s screenwriters, Scott Neustadter and Michael H. Weber, to scale back some of Green’s affected dialogue when it came to the movie adaptation, but Woodley and Ansel Elgort, as Augustus, are overall no less verbose.

Which is likely what the average John Green fan would prefer. As an adult reader, it’s easy to fault Hazel and Augustus for their flowery and self-consciously poetic soliloquies, but when I attended the film’s advanced fan screening in mid-Toronto last week (entitled “The night before our stars”) I got a distinct feeling that the characters’ elevated language, convoluted inside jokes, and dark nerdiness are what make them cool and enviable in the eyes of readers.

Because their time on Earth as a couple is tenuous, Hazel and Augustus are able to act out their romance as veritable grown-ups would; they drink champagne at a fancy restaurant in a foreign city, they discuss literature and “oblivion.” They have sex. Augustus doesn’t actually smoke the cigarette Hazel admonishes him for putting in his mouth at the beginning of the movie; he only chews on it. It’s a “metaphor,” he says. (At this, the girls in the row in front of me literally swooned.) “You put the killing thing right between your teeth, but you don’t give it the power to do its killing.” In other words, according to Augustus Waters, the hottest thing since Edward Cullen, smoking is for kids. Metaphors are for adults.

Despite the audible weeping in the theatre when things got sad, the sample of TFIOS fans I spoke with were adamant that the story wasn’t just another tear-jerker—that, in the words of 13-year-old Isabella (with whom I spoke before the film) TFIOS is “deeper” than any of the supernatural YA novels out there. Julia, a self-avowed “nerd fighter” (a name that fans of Green’s YouTube channel call themselves), agreed: unlike a lot of other YA novels, or the Twilight series, TFIOS is “grounded in reality.”

Reality can be deceptive, though. According to Time, 80 per cent of TFIOS’ audience on the film’s opening weekend was under 25, and more than 80 per cent was female. What’s startling is how those young women and girls view what Hazel describes in the book’s final moments as “a little infinity . . . a forever within the numbered days.” When the film ended I asked the girls around me if they would trade places with Hazel Grace Lancaster in order to fall in love with Augustus Waters. “Even with all that cancer stuff,” said 12-year-old Jaime, “it would be worth it—just to have that little infinity.”

Who would have guessed that a story about romance in the clutches of terminal cancer would be more fantastical than one about vampires? Love that dies in adolescence hardens like amber, its perfection unchanged by time. But people who live forever get sick of each other. Romance becomes perfunctory; mystery fades. Buffy and Angel knew this well. So did Edward and Bella. Thanks to the fault in their stars though, Hazel and Augustus never will.

FILED UNDER: John Green The Fault In Our Stars