The fictionalized tale of the Atwood of 17th century England

Men may have called her 'mad.' But Margaret Cavendish was also brilliant 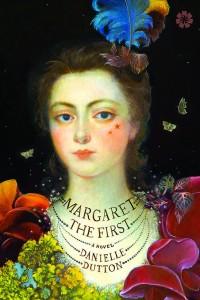 “A mad, conceited, ridiculous woman,” wrote diarist Samuel Pepys of Margaret Cavendish, duchess of Newcastle, in 1667. She may have been the Miley Cyrus of England—courting attention and controversy, even wearing a topless gown to the theatre—but she was also clever, audacious and immensely talented. She is credited with being the first woman in England to have books published under her own name. Her utopian The Blazing World is a forerunner of modern science fiction.

Dutton has captured that tumultuous life in a novel that is as radically inventive as its subject. Like her plays, it eschews traditional structure, but instead naturally flits through her life, from scene to scene, place to place. Some events are consigned to a few sentences, while others are explored in detail, such as Margaret’s arrest at gunpoint, along with her Royalist family’s, by Parliamentarian forces near the start of the Civil War. The result is a short, 177-page novel that is a sharply focused, intimate portrait of a remarkable woman who lived in a tumultuous time.

Shy and wilful, Margaret would ultimately rise into society’s stratosphere when the dashing Royalist William Cavendish, then the marquess of Newcastle, falls for her while they are both in exile in Europe, away from all Oliver Cromwell’s Parliamentary forces in England. Margaret blossoms as they mix with the likes of Thomas Hobbes and René Descartes. Yet, as Dutton deftly reveals, it was a life marked by aristocratic hardship. Worst of all, she was childless, even after remedies including rubbing the “excrement of a virile ram” on her belly.

With no babies, she turned her ferocious mind toward writing. After the monarchy was restored in 1660, Margaret became the talk of London, the first woman invited into that bastion of male intellect, the Royal Society. Her every act of eccentricity—including that brazen display of public nudity—was breathlessly reported. And still her talent triumphed. Over her burial spot in Westminster Abbey is an inscription that reads, in part, “This duchess was a wise, witty and learned lady, which her many books do well testify.”