A new book looks at why it's so expensive to be poor, and how it threatens democracy 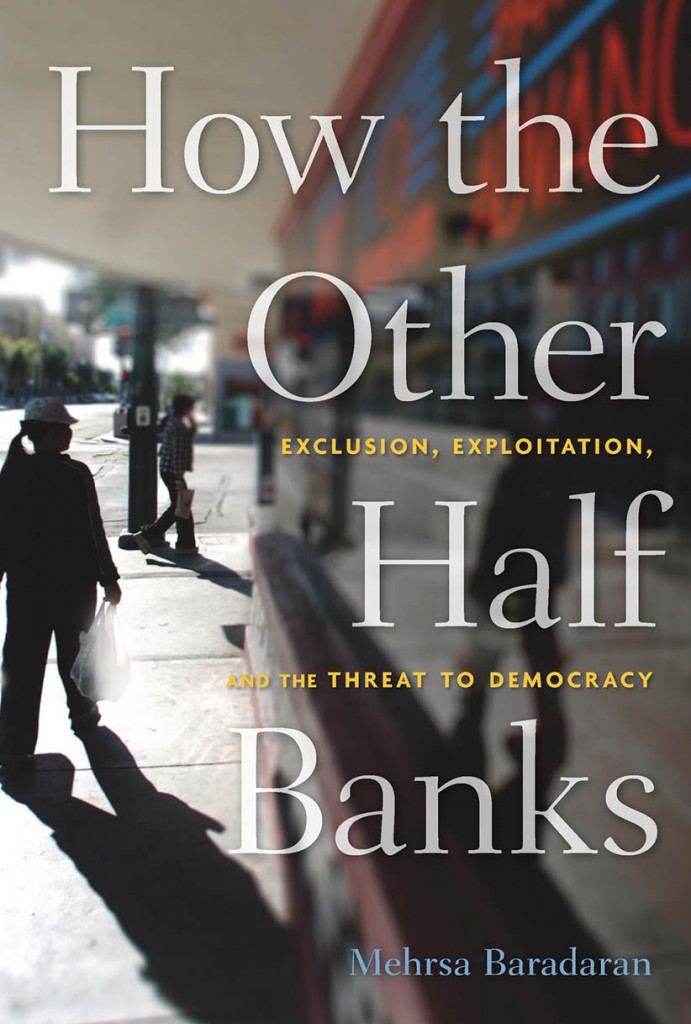 HOW THE OTHER HALF BANKS

Banking in Canada carries little of the hostile resonance it invokes elsewhere, thanks to the sector’s relatively unscathed passage through the 2008 financial crisis. British author Jeannette Winterson, casting about for a suitable profession for a powerful (and Great Gatsby-level careless) protagonist, almost instantaneously came up with “banker”; in America, the too-big-to-fail institutions of Wall Street are an election issue. Here, however, aside from a few PR missteps—such as the Royal Bank of Canada’s 2013 moves to have its own (dismissed) staff train their foreign replacements—the major banks have reasonably intact reputations.

That’s despite the fact that the U.S. situation described by Baradaran applies to Canada equally well. Banks, which once paid even their smallest clients for the privilege of storing their deposits, now charge for the same service: “One of the great ironies in modern America is that the less money you have, the more you pay to use it.” Anywhere from 20 to 40 per cent of the U.S. population now relies on what are known as alternative financial instruments—primarily the $89-billion payday-lending business—with some Americans paying up to 10 per cent of their income just to use the rest of their money. “It is very expensive,” notes the University of Georgia law professor, “to be poor.”

Related: The other Scott Gilmore, and the tyranny of payday loans

The reason for this cost burden, Baradaran argues, is the contemporary breakdown of banking’s social contract. Banks have always been quasi-state institutions, cosseted and supported because of the state’s vital interests. (The Bank of England, the grandfather of them all, was formed in 1694 when King William III needed a £1.2-million loan to finance his war with France.) That contract remains in force on the bank-support side—most clearly in government guarantees extended to client deposits—but the banks’ return obligations have withered away. Steadily shedding low-profit clients, American banks flourished during three decades of deregulation, but, when the crunch came last decade, the U.S. government—spouting we-are-all-in-this-together rhetoric—rushed to their rescue. In good times, banks are free-market players. In bad times, they have all the comforts of state agents.

The author’s emphasis is not on curtailing megabanks’ privileges—a reader could get the impression she thinks that case too obvious for lengthy exposition—but on providing secure, low-cost credit for those who need it most. Her back-to-the-future solution is postal banking. Although the idea sounds terribly old-fashioned —it hasn’t been seen in the U.S. since the 1960s—more than 50 nations, including Japan and Germany, maintain a vibrant postal-bank system, a pillar of their strong savings cultures. There are obstacles, Baradaran acknowledges, but a tremendous upside, too—not just for the poor, but for the post office, a 240-year-old institution not otherwise as busy as it once was.