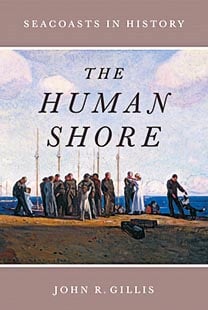 Mankind has long clustered near seacoasts, notes Rutgers historian Gillis, for few other ecological zones offer the food sources and travel ease that coastlines do. But we are currently undergoing what he calls “an unprecedented surge to the sea,” with half of humanity now living within 150 km of an ocean—at a time when climate change, as superstorm Sandy just demonstrated, is playing havoc with those shorelines.

Yet the deep water clearly calls us. Despite the world’s dominant origin myths, developed in agrarian societies, humans aren’t really displaced gardeners from a primordial Eden. We are edge dwellers. Homo sapiens migrated to Africa’s eastern shore at least 160,000 years ago, and some neurochemists think it is at the coast that we became fully human, taking advantage of the fatty acids necessary to large brain development that are so plentiful in fish and shellfish. It was at the seaside, and not in agricultural centres that arose only tens of thousands of years later, that the first settled human communities arose. And when our species went out of Africa 50,000 years ago, it was primarily by coastline that we rapidly spread around the world. When the earliest civilizations arose, particularly in the Mediterranean, most began as seaboard cultures, in large part because melting glaciers raised the sea level by as much as 150 m between 9,000 and 7,000 years ago, drowning coastal plains and routes inland. We were oriented, willingly or not, to the sea.

Those ancient patterns of life changed little until the modern era, Gillis argues, when the respectable classes ceased to go down to the sea in ships themselves. They oriented themselves landward and began thinking of their harbours as dark, dirty and dangerous places. Still worse, in the historian’s opinion, was yet to come: the Disneyfication of gritty fishing villages (Peggy’s Cove rates two ironic pages) and the “era of real estate,” when what had been common land was divided up into resorts and private estates, making it all the harder for societies to adapt to rising waters and burgeoning storms.