The Internet matters less than we think

Virginia Heffernan on the magic and loss inherent in Internet culture 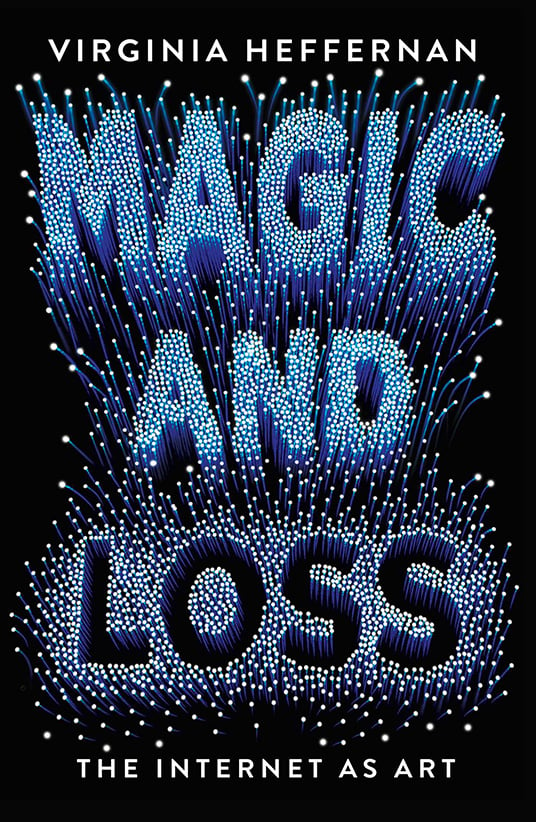 The feeling that human civilization is on the verge of a great, core-rattling kaboom is not a new one—less prophetic and more habit, a function of grief. And because things are always changing, for better or worse, we’re always grieving the loss of something: phone calls, handwritten letters, the 40-hour work week.

Well, consider Virginia Heffernan your cultural grief counsellor. In Magic and Loss: The Internet as Art, the former New York Times TV critic and Yahoo Tech reporter rescues Internet culture from apocalyptic melancholy. YouTube, Twitter wars, Kardashian rumps on parade—this really isn’t the end times, she declares. Internet culture doesn’t represent “a break with history; neither is it progress. It’s just what happened to be next.”

In the succeeding 240-odd pages, Heffernan takes on the monumental task of making “what happened to be next” legible, logical and even beautiful. Her approach marks a nice change from standard, perhaps more anxious, orientations. To Heffernan, the Web is not a danger but a “grand emotional, sensory and intellectual adventure for anyone willing to explore it actively.” And few explore it more actively than Heffernan. Every component of the art project that is the Internet, she argues—from design to text to video to music—brings with it both magic and loss: you don’t get something for nothing.

Heffernan plots both effects with sensitivity and even poetry. Even in the “lossy” soundscape of digital music, where the depth of music is sacrificed to the convenience of technology, she sees a bright side. Our desire to hear what we’re missing may account for the increased desire to see live music, which is now a $20-billion industry.

Her point of view is leavening. Regardless of how optimistic or pessimistic you are about the Internet, you will feel better after reading this book. For how long depends on how deftly you juggle grief and joy, magic and loss.