The kindness of strangers, against all odds 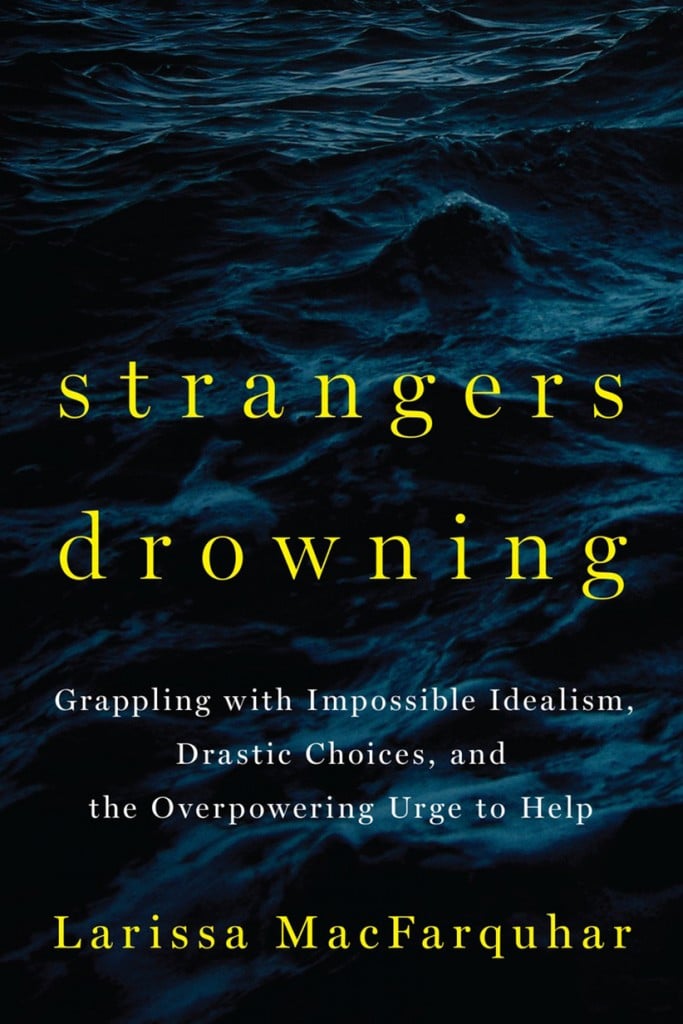 Cover of Strangers Drowning for book review MAC39. No credit.

This is a timely moment for a book about altruism, with much of the world gripped by the plight of refugees from the Middle East and Africa. Everyone wants to help, but how? Is it enough to send money, to lobby our governments? Or is it upon us to sponsor families we’ve never met, invite strangers to live in our homes?

The people profiled in MacFarquhar’s book have all done the equivalent of the latter—and then some. There’s Dorothy Granada, a nurse who gave up a middle-class life in Chicago to open a health clinic for women in a volatile, Central American city in the 1980s. At one point, she acted as bodyguard to a high-profile activist named Nineth Garcia, who was being hunted by death squads. Granada gambled on her own status as a U.S. citizen to protect Garcia, but was also prepared to die in her place because “she thought Nineth’s work was more important than her own.”

There’s a man who has devoted his life to animal rights, donating half his salary, no matter how meagre, to the cause. There’s a Japanese monk who spent so much energy supporting people at risk of suicide he developed a lethal heart condition. There are Hector and Sue Badeau, an American couple who adopted 20 children, including several with extreme special needs. Whenever they heard about a child who needed a home, “they felt he was as much their problem as if he were drowning at their feet.”

Each ought to have quit, given the obstacles they encountered. Granada was devastated when women with whom she had worked for 20 years turned her clinic into a private enterprise while she was on a trip. A pastor was beaten up and left for dead while on a mission in Mozambique, and still carried on. For do-gooders, MacFarquhar writes, setbacks are weighed against “a sense of unlimited, crushing responsibility.” Most of us avoid looking at the world’s biggest problems; do-gooders are practically unable to turn away.

“But aren’t they mentally ill?” several people asked the author when they learned what she was writing about. In response it’s almost worth asking: Does it matter? The work done by the people in this book is too visceral, too compelling—and too effective—to be denied. Whatever their reasons, there’s no question that they’ve made the world a better place.