The lonely life of a unique genius

Book review: What it's like to be inside the buzzing, brilliant mind of British mathematician John Horton Conway 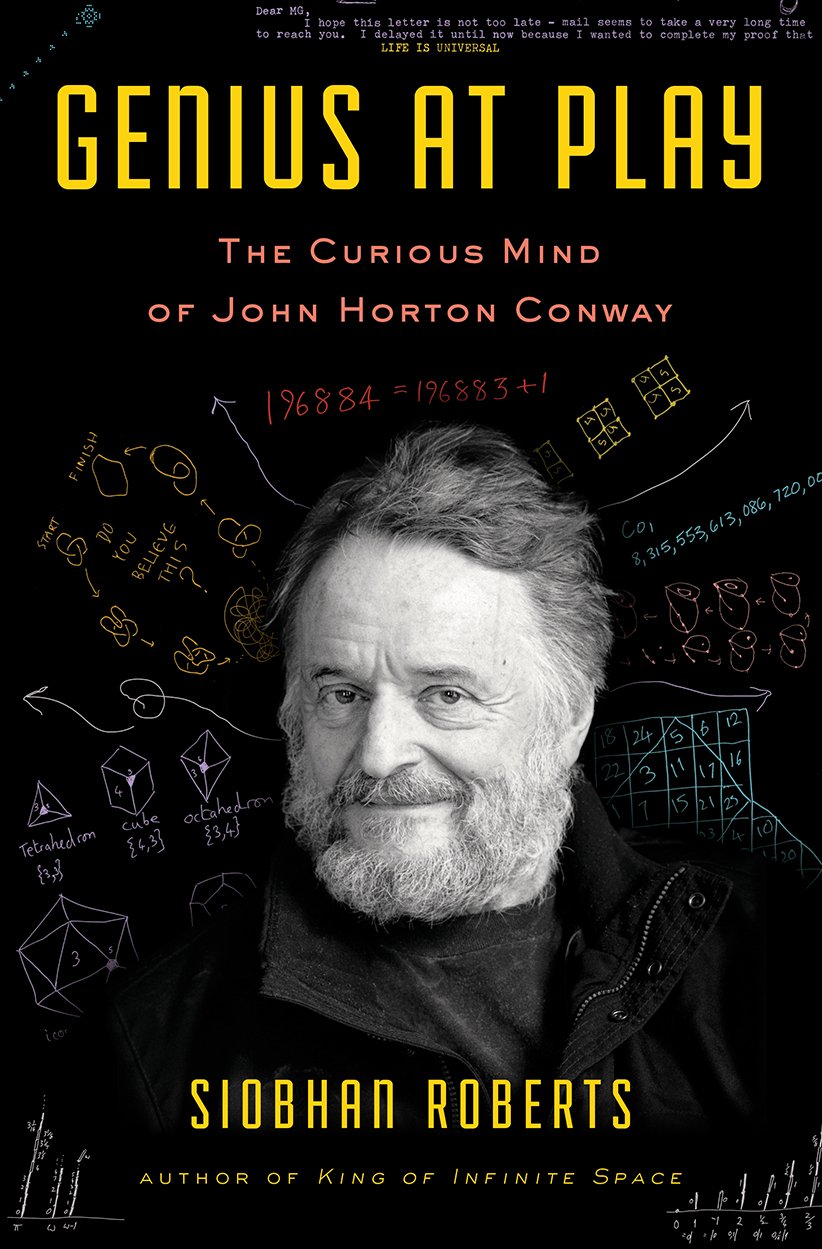 John Horton Conway has lived his life on the knife’s edge between genius and madness. The 77-year-old British mathematician and polymath is profiled at incredible length, mostly in his own words, in an expansive new biography by Roberts, a science journalist and fellow math geek.

It’s hard to explain Genius at Play, because Conway, a retired Princeton professor, suffers from the complaint of geniuses through the ages: No one, not even others in his field, knows what he’s talking about most of the time. Conway has contributed to number theory, knot theory, game theory and quantum mechanics, and his approach to all of them could be summed up in one phrase: “Because I can.” To him, everything in life is math, and math is a game.

His idea of a party trick is getting people to give him a random date from any era. He then calculates, in a moment or two, what day of the week, say, July 14, 1044, fell on. (It was a Sunday.) In the 1960s, as an undergraduate, he had the insight that an ordinary flushing urinal could be made to fill a cup either full or half full with water. Those two states could be assigned corresponding numbers and form a sequence of zeros and ones. Yes, he jury-rigged a urinal to do calculations up to the answer 127 in binary code—the foundation of all modern computing.

This biography, which is more about his work than his life, can be indigestible at times to an adult who hasn’t factored anything since high school and kind of forgets what that means. But the central theme is crystal-clear. The defining fact of Conway’s life is not that he’s a genius, but that he’s different from other people in some fundamental way. The algorithms in his head proceed at a pace orders of magnitude faster than ordinary human speech, so the selected thoughts he does verbalize must sound like gibberish to most. It’s likely no easier for us to imagine what it’s like to be in his head than it is for him to understand what it is to experience the world as the roughly 7.3 billion basically normal people on Earth do. Except there’s only one of him. It’s hard to think of anything lonelier.

Roberts writes that her interviews with Conway were punctuated by occasional outbursts of, “Oh hell, you’re not going to put that in the book, are you?” There are places where some readers might ask her the same.