Praise the Lord and grab the money 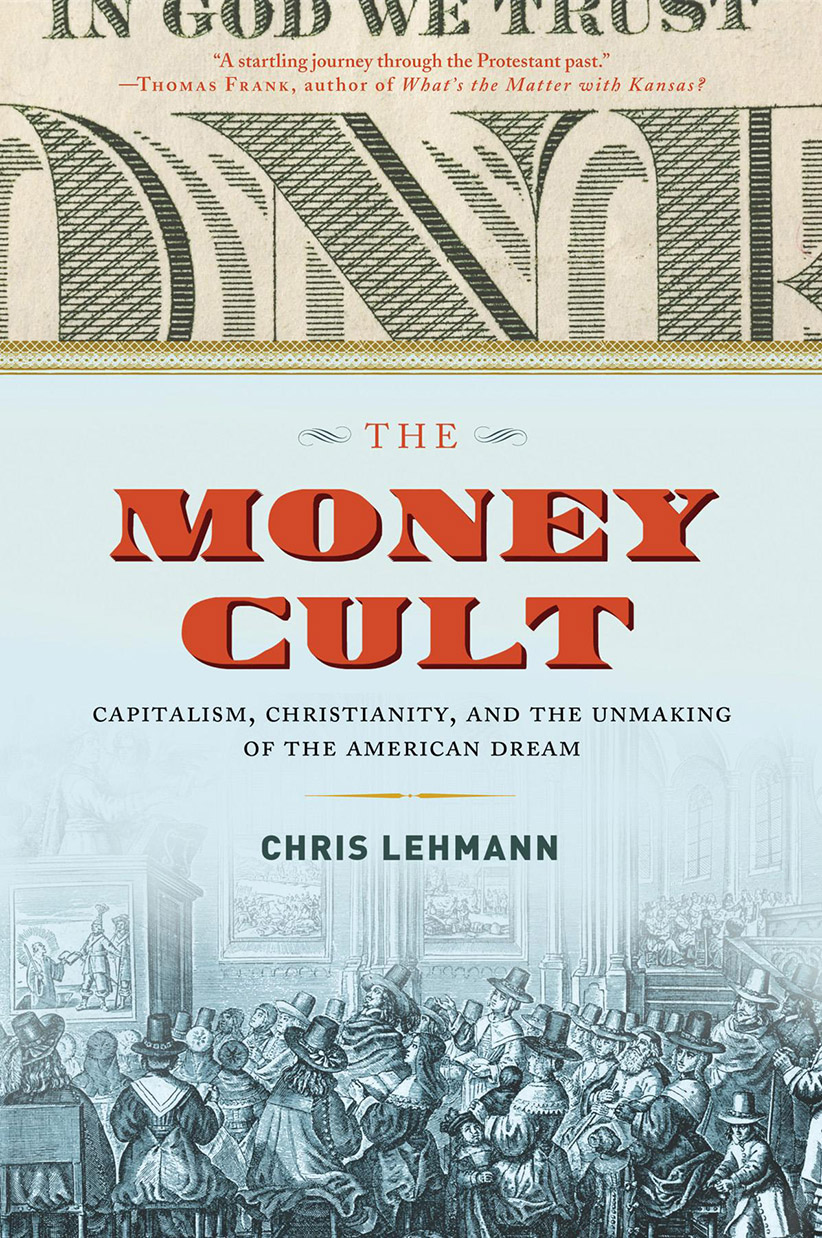 Scholars have written shelves of books trying to discern why religious faith remains so dominant in the United States, even while America is at the same time as consumerist, hedonistic and, above all, as capitalist as anywhere on Earth. The answer, in a socioeconomic if not spiritual sense, according to Lehmann’s eye-popping and prodigiously researched book, is simple. There never was a contradiction: from Pilgrim founders to the prophets of the gospel of prosperity, the genius—the presiding spirit—of American religion has been the same as the genius of American capitalism. It’s always been a money cult, with prosperity a sign of salvation and poverty something to self-help your way out of.

New England Puritans did set out to build a “shining city on a hill.” But that soon dissolved in a land where dissenters could simply keep moving west. There the folkloric beliefs that flourished beneath the gaze of Calvinist ministers focused on the alchemic properties of the gold and silver they were certain lay hidden under their feet. Water divining and treasure hunting were big business on the frontier, a historical episode that leads Lehmann directly to the quintessential American religion, Mormonism.

Founder Joseph Smith was himself a money-digger in upstate New York, where landowners kept him and others employed in the widely held belief the area was littered with hidden Spanish or pirate treasure. Perhaps not, but the revolutionary book of New World scripture Smith claimed to have unearthed in 1827 was inscribed on plates of gold. Lehmann, who delivers first-rate capsule descriptions of everything from the Great Awakenings to the Moral Majority, is brilliant in his treatment of the Latter-Day Saints. The most frequent expression in Mormon scripture is, “if ye keep my commandments, ye shall prosper in the land,” and 88 of Smith’s 112 divine revelations are concerned with economic, not spiritual, matters. The great question, how such an outwardly strange faith—plural marriages and all—could find a foothold in America, should be stood on its head, writes Lehmann. The disturbing outer trappings are the main reason such a congenial prosperity faith didn’t drive all others into extinction.

Wherever Lehmann turns his analysis, from the Second Great Awakening through Horatio Alger-type piety to Norman Vincent Peale’s self-help books to prosperity gospel preacher Joel Osteen, the wealthy, smiling pastor of a 45,000-strong Houston megachurch, he finds the same intertwining of salvation and riches. And the same indifference to a collective response to social ills. The money cult, Lehmann concludes, rules in good times and bad.