The problem with the way America votes 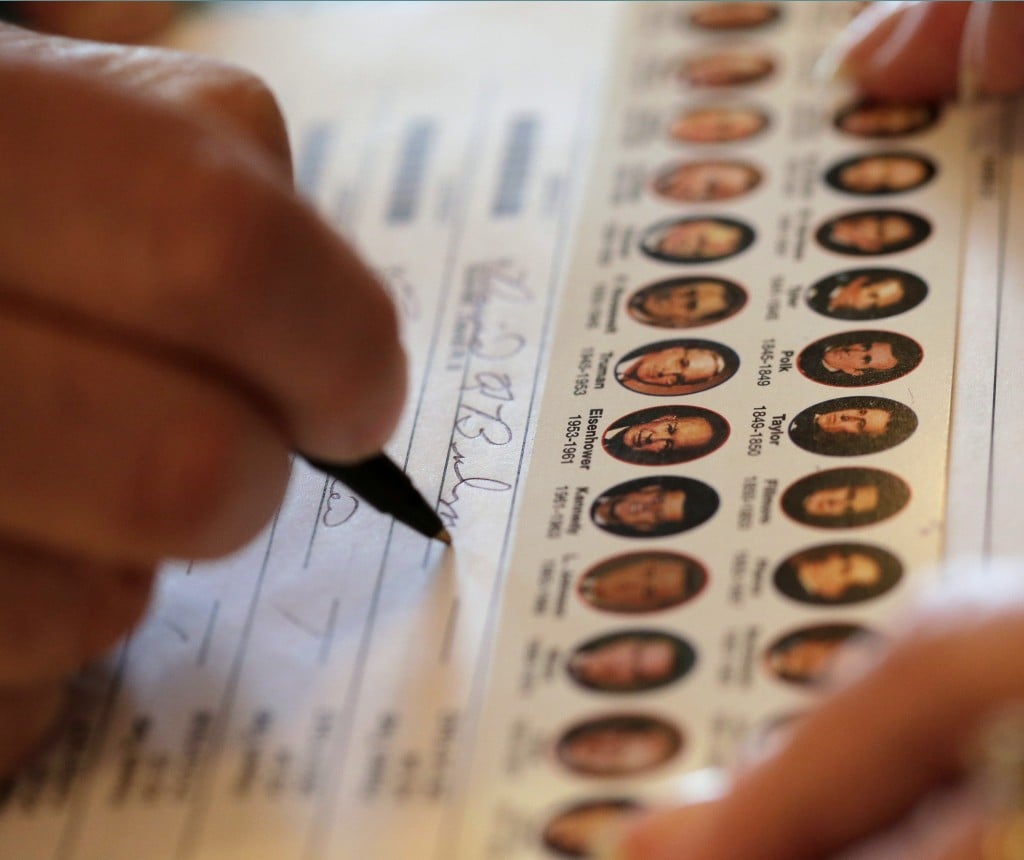 A voters signs in to cast a ballot at the old Brown School on Tuesday, Nov. 6, 2012, in rural Wellsville, Kan. (AP Photo/Charlie Riedel) 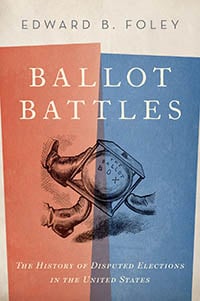 A 200-year-old constitutional democracy is bound to have plenty of examples of disputed elections, and Foley ranges widely from the 1792 election for governor in New York through an 1879 armed standoff in Maine to Bush vs. Gore in 2000. But it’s the depressing sameness of American responses that are at the heart of his book. Foley, a law professor at Ohio State University, opens with a home-state example of what he believes has beleaguered the U.S. from the very beginning.

In 2012 a handful of voters within one state assembly district were improperly, although innocently, sent from their correct polling locations to other ones, where election workers rightly set aside their ballots. When it turned out that that seat was not only won by a mere eight votes, but represented the 60th Republican seat—enough to give that party a two-thirds supermajority in the legislature, capable of overturning gubernatorial vetoes—acceptance or rejection of those mostly Democratic “provisional” votes became crucial. How was the matter settled? In favour of the Republicans, of course, since it was the Ohio legislature, already dominated by Republicans, that had the right to decide. There were justifiable arguments for either side, Foley allows, and the legislators may well have made the right call, but no one in the Ohio electorate believes that’s why they made it.

Parliamentary democracies have better rules for settling disputed elections, the author argues. The American constitution, so full of checks and balances elsewhere, made legislative bodies solely responsible for determining which individuals they would recognize as members. The gentlemen constitutional framers, who did not foresee the level of partisanship that immediately exploded, simply expected legislators—honourable men all— to do the right thing. Their unsurprising reluctance to do so matters far beyond a newly empowered state supermajority. Failure to have an impartial settling mechanism in place beforehand—Foley recommends a standing three-person tribunal (one Republican, one Democrat, one independent)—is what turned the Bush vs. Gore battle into a partisan swamp. The end result, according to Foley, was the inauguration in 2001, “of a president that the majority of the participating voters of Florida, and thus the nation as a whole, had not intended to elect.”

Historically, hyperpartisanship—which currently dominates American political discourse—increases turnout and the frequency of close and thus disputable elections. All presidential elections have the potential to go into “overtime,” that is, not be clearly settled on election night. The 2016 race, more open than most to the possibility of a powerful third-party bid (led either by Donald Trump or by breakaway Republicans enraged Trump’s become the party’s nominee)—may be at particular risk. The U.S., concludes Foley, is still not ready.