'I'm still asking myself, "Why did he really do it?" ' author says of Norway massacre 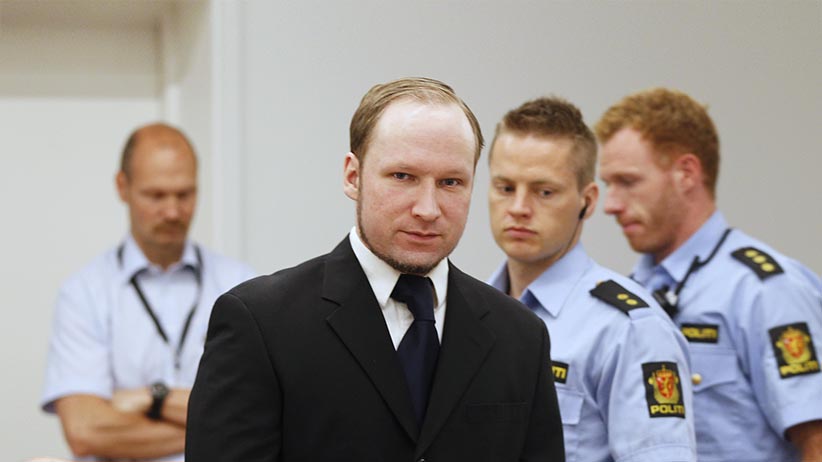 It has been nearly four years since Anders Breivik killed 77 people in his native Norway—eight with a fertilizer bomb in Oslo and 69 on a gun rampage on the island of Utøya—and his motives remain murky. Neither a televised trial involving two psychiatric assessments nor his 1,500-page manifesto could quite explain his giving up World of Warcraft for real-life mass murder.

Even Åsne Seierstad, whose book One of Us: The Story of Anders Breivik and the Massacre in Norway has just been published in English, can only speculate: “I’m still asking myself, ‘Why did he really do it?’ ”

Breivik’s trumpeted hatred of Muslims, she feels, was convenient, not entrenched, and his rage simply needed an object. “Had he lived at some other time, when Islamophobia was not a buzzword,” she says, “he would have found something else.” He wanted to align himself with an “us” that opposed a “them,” as all terrorists do, and to purge the mostly white, non-Islamic “traitors” he killed. Underpinning her unflinchingly detailed yet moving book—and the stories of both terrorists and their targets—is the issue of belonging.

Seierstad, a war-zone reporter who wrote the post-9/11 bestseller The Bookseller of Kabul, profiles not only the blond, blue-eyed killer, but also some of his victims.

Simon Sæbø, just short of his 19th birthday, worked after school helping teenage immigrants from Somalia, Afghanistan and Ethiopia to integrate; Bano Rashid, also 18, was a Kurdish refugee who scrimped and saved to buy her traditional Norwegian folk costume. Both were part of the AUF, the youth wing of the ruling Labour Party, and were gunned down by Breivik at its summer retreat.

When growing up, their killer lacked their support structures: His mother, days before she died of cancer, admitted to Seierstad that she was immature after her own “harsh” childhood, and “inadequate” for him; he was also let down by his country’s vaunted social services when foster care fell through. Seierstad portrays a man rejected by everyone, from his fellow graffiti taggers when he was an awkward teen speaking “kebab Norwegian” (influenced by Middle Eastern immigrants) to the icons of Norway’s far right whom he later idolized, who found him an incendiary nuisance.

But when he stopped obsessively playing video games and joined online forums, he seemed to find the beginnings of a community built around his own warped vision of a Europe for Aryan “Europeans.” Seierstad offers: “The hatred he felt because of his failures, toward his society, toward himself” was being matched both by Islamophobes and Islamists. “These [two] are mirroring each other, and they’re also feeding on each other.”

The bleak new Danish documentary, Warriors of the North, screening at Toronto’s Hot Docs festival, shows young Scandinavian men recruited by the al-Qaeda-affiliated al-Shabaab movement in Somalia, and radicalized with the help of the web. They stress their alienation, their search for respect and meaning. A Danish would-be terrorist tells us, “If you’re not satisfied with your life, have no pride, and also begin to believe 100 per cent in something, then it doesn’t matter what it is. You get a whole other feeling, then you don’t care about dying.”

Al-Shabaab’s name means “the youth,” and Breivik, aged 32 in 2011, was older than its recruits, or those of Islamic State—but his victims were mainly teenagers. Gro Harlem Brundtland, who was prime minister during much of Breivik’s youth, was apparently his primary target on Utøya; she told Seierstad that she figured he was trying to revisit his adolescence, and take out young people who looked as if they “belonged” together.

Seierstad says she has been criticized on Twitter: “Sure, he’s white, so he gets this whole book. We have to study his environment and childhood.” Conversely, she suggests, those who write about jihadists hang too much on ideology and too little on psychology. She’s now writing a book about two Norwegian girls who went to Syria to join Islamic State. “A bad childhood is not only a tragedy for the individual, but it’s a problem for society,” she says. “What helped the radicalization process? Some sense of looking for belonging. What can we do as ordinary citizens? Just taking care of each other. It sounds banal, but it’s not.”