The Screech Owls skate off the ice

After 20 years and 30 books, the author of the beloved kids’ series thinks he’s done 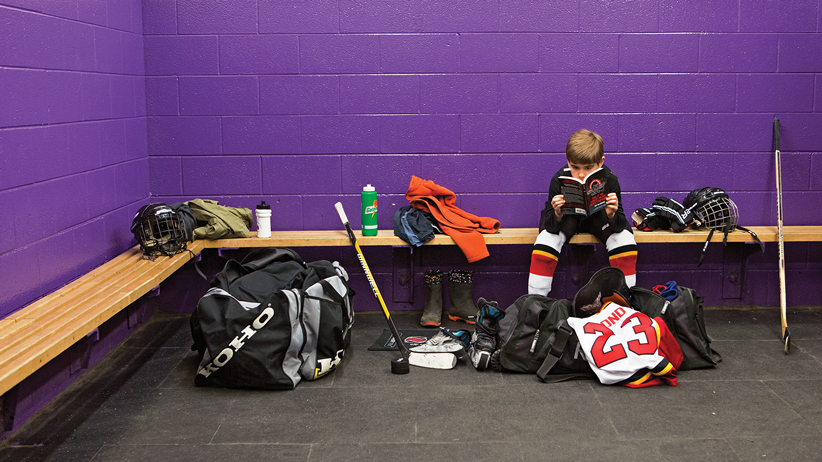 When publisher Doug Gibson first approached Roy MacGregor to write a hockey series for reluctant preteen readers, the author and journalist figured it would be short-lived. MacGregor created The Screech Owls, which he based on a co-ed peewee team from the fictional town of Tamarack, Ont. The setting was really Huntsville, Ont., where he played hockey against Bobby Orr’s nearby Parry Sound team while growing up. He also gave the books another twist, turning them into mysteries, and he made the best player a girl.

Twenty years later, the series has two million copies in print, is published in English, French, Czech, Chinese, Swedish and Finnish, and spawned a YTV series. MacGregor released book number 30 last month, Reality Check in Detroit, which he co-wrote with his daughter, Kerry MacGregor. “I didn’t think it would go past one [book], then I didn’t think it would go past three. The success bamboozles me,” he said in an interview at his Ottawa home, where his office is full of fan letters and copies of his novels, including Chinese versions that, inexplicably, feature a Harry Potter-type wizard on every cover. (“There’s no wizard in my book!” he pointed out.)

But with the new book, he’s likely written his last in the series, he said. His contract is over and it seems the logical end. “I can’t say it’s over, but it feels over. I am 66. I can’t be a 12-year-old forever.”

He approached his daughter to help with the latest book and she came up with the plot: The team heads to Detroit to play in a skills competition while being filmed for a reality-TV show, all the while being manipulated by a director wanting to bump audience numbers. The father-daughter team sent drafts back and forth and talked over email and Skype. Kerry, a 39-year-old journalist, has worked at the CBC and Canadian newspapers and has two small children, aged six months and three. It was her first book. “His writing style is kind of similar to mine. I’ve been learning from him my whole life,” she said, speaking from France. “He owns these characters. For years, he’s shaped them. I wasn’t sure if I would be able to manipulate the characters without offending him, but it ended up being great.” Her dad has said she could take over the series if she likes. There could well be a demand for more.

MacGregor said he runs into NHL players who tell him they grew up with the books and remain fans. The series hooks readers with the hockey, but keeps them with clever writing and jokes about dinosaur turds and frozen underwear. “Adolescent humour. I’m a specialist at it,” he laughed.

Last month, MacGregor was invited to a curling bonspiel, where four young men entered as the Screech Owls team. Devin Stratton, 28, said the books started his love of reading and inspired him to become an English teacher. One curler, a big, burly guy, wore Cuthbertson—the last name of Sarah, the star centre player—on the back of his jersey. “That blew my mind,” said MacGregor.

There was the odd controversy with the books. A woman from Kingston, Ont., tried to get them banned because of preteen humour comparing the coach’s practice board to a woman’s breasts. And a teacher wanted them out of the school library because she objected to the bad influence of Wayne Nishikawa, or Nish, the out-of-control but popular character whose favourite antic is mooning people.

MacGregor, a columnist for the Globe and Mail and a respected hockey commentator, brought a lot of himself to the books: his love of the sport and his philosophy, certainly, but Travis Lindsay, the captain in the book, was also modelled after MacGregor’s son Gordon, whose friends also inspired other characters. In 1999, five of Gordon’s best friends were killed in a car crash, including the boy on whom Nish was based. Roy will miss his characters and that emotional connection. “I feel sad that I won’t be able to let Nish get in more trouble.”

MacGregor is moving on to new projects. He has a biography of the canoe coming this fall. But he’s happy his lovable hockey team lasted 20 years and met its goal: inspiring young kids to read.