The secrets of Genghis Khan's success 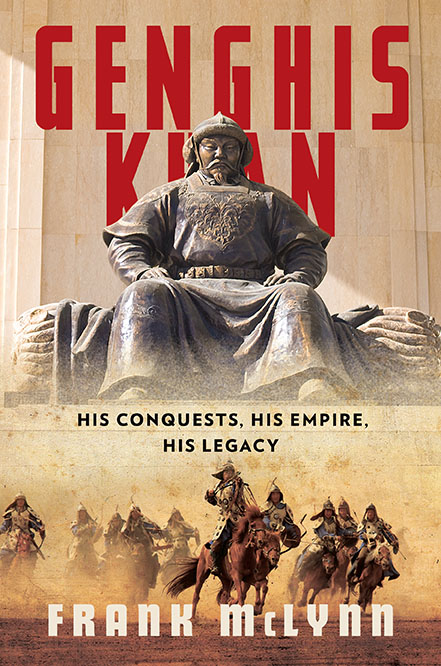 GENGHIS KHAN: THE MAN WHO CONQUERED THE WORLD

Would-be world conquerors can learn a lot from Genghis Khan. No one in history has ruled over as large a territory as Genghis and his heirs: from eastern Europe to China. Yet there was more to the Mongol horde than its well-deserved reputation for murder, rape and mayhem.

Its leader began life as Temujin, son of a minor clan chieftain within the complex and volatile Mongol tribal system. After temporarily seizing control of the nation in 1206, Temujin quickly engineered a wholesale reorganization of Mongol life—introducing compulsory military service and making leadership appointments based on merit rather than birthright. In this way he weakened unstable tribal loyalties and ensured all Mongols owed their allegiance to him, Genghis Khan—the great or fierce ruler.

With his homeland unified, Genghis set to work keeping it that way. Nomadic Mongols were motivated by one thing: plunder. Satisfying his public thus required a constant series of invasions and conquests. “Like a shark,” observes McLynn, “the Mongol empire had to be in continuous forward motion.”

Genghis Khan’s famous ultimatum of “Surrender or Die” was meant to provide maximum booty with minimum effort. If necessary, he backed it up with his warriors’ great skill as mounted archers. Anyone who resisted was slaughtered in very public ways, as a caution to others. Parallels with the Islamic State’s broadcast of horrific executions in Iraq and Syria will quickly come to mind for modern-day readers. Yet despite his horde’s bloody repute, Genghis was a pragmatist, not a fanatic. He was surprisingly tolerant of religious differences (Islamic State take note) and his armies were rainbows of diversity. He eagerly adopted technological advances from his opponents, including gunpowder and siege engines from China. And he was extremely protective of diplomats and international trade routes as sources of intelligence.

This unique combination of strategic vision, political smarts and battlefield cruelty gave Genghis unparalleled success. He took on two massive and disparate foes, in China and Persia, simultaneously. He operated far beyond his supply lines and was generally outnumbered. The Mongols even successfully invaded Russia in the dead of winter. Time was the only obstacle to defy him. His deathbed advice, at age 65, to his sons: “Life is short. I could not conquer all the world. You will have to do it.”