The shifting spectrum of gender and identity

A new book asks: How fixed is gender really? 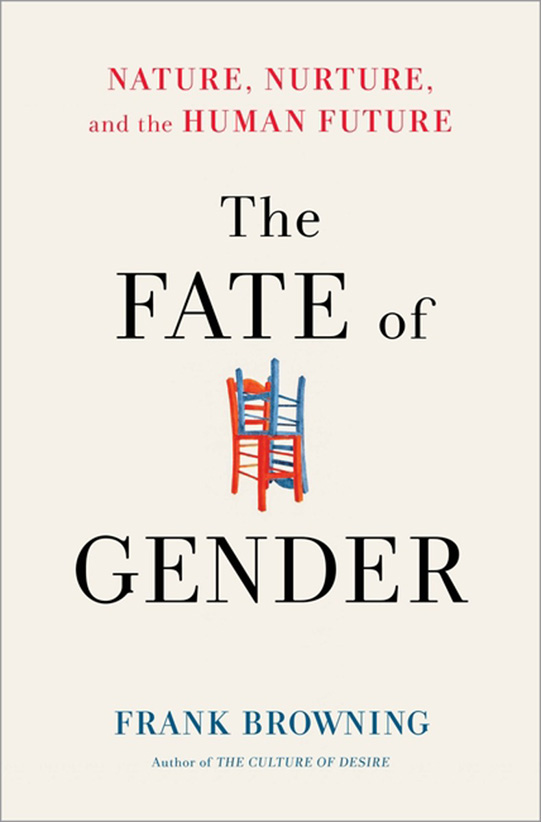 THE FATE OF GENDER

What does a world with more than two sexes look like? As author and former NPR science reporter Frank Browning shows, the sundry stories of real people make swift work of traditional gender norms. In The Fate of Gender: Nature, Nurture, and the Human Future, Browning sharpens his memory of the family apple farm in postwar rural Kentucky, the inspirational site for an earlier book, Apples: The Story of the Fruit of Temptation. There, in the Appalachian hills, he recalls the abundant varieties of lifestyles, occupations, relationships and families that didn’t square with customary gender roles. Retrospectively observing women doing men’s work, the gender-neutral attire of farm workers, the gender nonconformist uncles and aunts of extended families, Browning watches the two-sex binary being undermined from within.

Artfully mixing journalism and memoir, he also blends the new science on biological sex with the understanding of gender as a social construct to elucidate how sex and gender intersect in the body and brain, creating a “shifting spectrum of gender, sexuality and personal identity.” The world would seem to have caught wind of Browning’s early experience of gender diversity.

Thanks to sophisticated MRI technologies, scientists have discovered that the male-female difference is neither completely innate nor solely social. Gender expression, it appears, is mostly evocative of our personal experience, regardless of chromosomes or reproductive organs. And since the brain, long thought to be rigid and inflexible, is actually plastic, it surprisingly has the potential to mould us into different masculine and feminine identities over a lifetime. Even aside from the centuries of cultural histories rigging the gender binary, it turns out “male” and “female” are illusory concepts. Neuroscience is rewriting the notion of gender as a social behaviour, and that social construct of gender must today be mobilized to incorporate our volatile, explosive biological identities.

Outside the spotlight of a media gripped by transsexual celebrities, millions of ordinary people experience sweeping shifts in their gender identities in spite of the fundamentalist backlash to the idea. Ideas about gender fluidity have driven Norwegian educators to experiment with gender-neutral kindergartens, which eliminate boy/girl stereotypes, and Browning is witness to preschoolers exploring both gender pronouns in a daycare in an underprivileged Chicago neighbourhood that is rife with gun violence. Elsewhere, he traces the history of transgender experience in the world, from the femminielli, who have existed for generations in Naples, to the trans Mormons he meets in Utah. If we dared to look, Browning says, we’d be bold enough to admit to our own gender complexities. It’s possible our descendants will live their gendered lives very differently.