The truth about the gladiator Spartacus 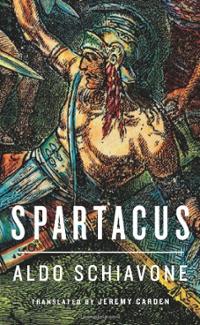 Italian classicist Aldo Schiavone has written a little 19th-century sort of book, a book whose main body is just 153 pages but expresses the concentrated effort of a lifetime. There is an intoxicating intensity in classical studies that is hard to match in any other field, with entire theoretical structures standing or falling on a single word or an interpretation of a verb tense. Schiavone has become known, and deemed worthy of English translation, by approaching the old standards of literary elegance and erudition about as well as anybody.

What we know about Spartacus, the gladiator who broke out of his training camp with a few dozen pals in 73 BCE and nearly mastered Italy, amounts to a few lines from half-mangled manuscripts. On the whole, it is better than the surviving documentary basis for Jesus’s life, but not much, and Spartacus was naturally adopted as a sort of alternative Christ by revolutionaries of the 19th and 20th centuries. His rebellion almost seems like a sudden outburst of modernity in the centre of the Roman era. In old Rome, the naturalness of universal slavery was never questioned. The Thracian gladiator explodes forth vividly from the setting, routing experienced legions and trying to strangle the Empire in its cradle: an early avatar of liberty and equality, fighting a doomed struggle for the future.

But Spartacus was probably not an enemy of slavery as such. When he captured Roman soldiers, he promptly made them fight to the death for his army’s amusement; there is no indication he wanted to renovate the social order. Schiavone’s Spartacus is no arch-liberator, but a prophetic gambler who found himself with no easy escape from Italy and thus sought to turn Rome’s beaten-down neighbour cities against it. Schiavone’s step-by-step analysis of Spartacus’s actions is reminiscent of A.J.P. Taylor’s eccentric interpretation of Hitler; this Taylor-ish tome could have been titled Origins of the Third Servile War. You’ve seen the movie: now get the straight dope.