'They were suspended in a dustbowl of a terrible dream'

Lessons of hard lives were passed down to Mark Sakamoto in his grandmother’s kitchen or on road trips with his grandfather. 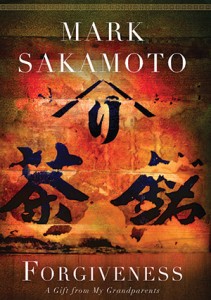 FORGIVENESS: A GIFT FROM MY GRANDPARENTS

Lessons of hard lives were passed down to Mark Sakamoto in his grandmother’s kitchen or on road trips with his grandfather. Though this poignantly elegant history of his family delves into his own childhood—“purgatory,” due to an alcoholic mother—its heart is the dual sagas of his grandparents: Mitsue Sakamoto, the dutiful daughter of a Japanese-born fisherman in British Columbia, and Ralph MacLean, the resentful son of a violent, dirt-poor carpenter on the East Coast. Their paths would never have crossed if not for the aftermath of the 1941 Japanese attack on Pearl Harbour.

As waves of xenophobia and racism washed over Canada, everyone of Japanese descent, including Canadian citizens, were forced from the coast. Their property confiscated, Mitsue Sakamoto’s family members found themselves in a bug-infested shack on a farm in Coaldale, Alta., their bodies nearly breaking under the toil of manual labour while enduring the harsh Prairie weather. “They were suspended in a dustbowl of a terrible dream,” the author writes. “There was no waking from it.”

Meanwhile, after Japanese forces overwhelmed Hong Kong’s Allied defenders in 1941, Ralph MacLean endured four hellish years being starved and brutalized while a prisoner of war. Yet, when he bumped into his camp commandant in 1945, he didn’t retaliate, holding true to the Biblical passage: “If you hold anything against anyone, forgive him, so that your Father in heaven may forgive you your sins.”

After the war, he ended up in Alberta, where Mitsue’s family had stayed. One spring day in 1968, she set the table for “the most important dinner of my life,” the author explains. Her son Stanley was bringing over his future wife, Phyllis, and her father, Ralph MacLean. Over a meal of sockeye salmon, Mark’s two future grandparents became close friends. “There was an unspoken understanding between them,” he writes. “They had both discarded the past, keeping only what they needed . . . They did not compare hardships or measure injustices. They knew there was no merit to that.”

FILED UNDER: book reviews Forgiveness: A Gift From My Grandparents Mark Sakamoto