Trump's Final Chapter: 'The Art of the Memoir,' by William Deverell 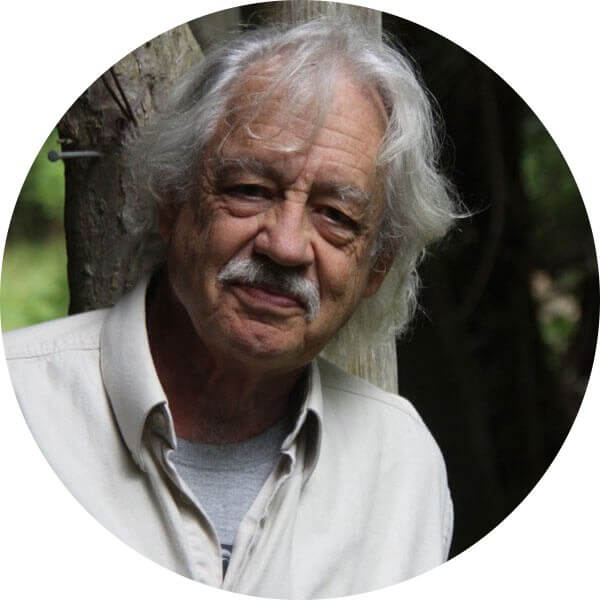 The Art of the Memoir

I can’t imagine why he chose me, but here I am, in his opulent tropical oceanfront suite, asking myself: do I sell my soul or retreat with honour?

My Struggle is what he proposes to call it—not in some twisted form of irony but because he thinks it’s apt. And I suppose it is. President Trump is in some serious covfefe: He is being witch-hunted by a grand conspiracy of the FBI, the CIA, Congressional weak sisters (his phrase), unknown leakers, and faithless friends, all egged on by the lying liberal media. Foreign banks are foreclosing on the eye-popping loans that have come to light. Even the Russians have turned their backs on Donald Trump. They call him a loser now. They have no more use for him.

“My first idea was calling it ‘I Did It My Way,’ ” he says. “That’s one of my all-time favourites.” It must have escaped him that the lyrics begin: And now the end is near. “I knew Sinatra, we were very close. Knew all the big names. Oceans Eleven, all those guys. I could tell you stories.”

“Exactly.” The president is splayed out on a sofa, feet up on a hassock, focussed half on my crossed legs, half on a small monitor tuned to CNN. He has rented this ten-room resort on the Mexican Riviera for himself and his Secret Service team. “I knew you were the one, Miss Corelli. Laurel, let’s go first name here. And you call me Donald. Or The Donald if you like.”

Though his world is crashing down upon him, he retains an eerie bonhomie, even ebullience. He is full of drive, undefeated, confident his name will be restored, that he will be admired in history. And I am to be the author of his renaissance: I’m to be given the inside story of his rise to power and his battles against the crooked media, crooked lawyers, and the crooked Senators about to impeach him.

“You’ve got to zip down there,” my agent said. “Sure, Laurel, he’s repulsive, but this could be ginormous. He still has millions of supporters.”

The Donald carries on: “I’ve had many, many biographies written about me, a tremendous number. But I see this as more like a memoir. And by the way it’s going to be a hundred per cent true facts. Transparent, open, I’m going to expose myself to the world and not cover up for anybody, even Melania. And I could tell you stories about her.”

They are effectively separated. He has been in this luxurious little bolthole for the last two weeks. Wild horses will not drag Melania out of New York.

“Yeah, you’re the one, Laurel. I can’t help it, I’m automatically attracted to beautiful women. I said ‘Wow’ when I saw your picture in one of the magazines down in the lobby. It had a review of your book. Very positive review. I always admired Mussolini, one of the world’s most underrated strongmen, and you drew parallels with me. Okay, he made mistakes, so did Hitler, big mistakes, but no one gives him credit for how he made Germany great again.”

I can’t put lipstick on this pig. I’m thinking—bigly—about bailing.

“So, anyway, I decided, let’s give this Laurel Corelli a shot. By the way, you look a little older than your picture, but almost as good.”

He doesn’t look like he can move very fast. The sliding glass doors are open to the sea anyway, and I can swim.

A server is buzzed in, tall, dark, buff, with a trolley with finger food, juice, and soft drinks.

“Pedro, you hablo the English?”

“This is Laurel Corelli. She’s going to be in one of the pool units. I want you to treat her with respect. She’s a famous biographer, won the Pulitzer.” Pew-litzer.

I was on the short list, but won’t argue. Benito: His Untold Life.

“I am privileged to meet you.” Pedro bows. I ask him where he learned English. Turns out he was three years old when his grandparents brought him up from Mexico. When pressed, he admits that an old marijuana conviction led to his recent deportation.

Trump washes down a pair of mini-meatballs with some Coke. “You’re one of the good hombres, amigo. Don’t believe what they say—you’ve got a terrific country down here. Fabulous beaches.”

He gets up, goes into his wallet, passes a hundred to Pedro before sending him off. Generous in small ways, that’s the Donald, but they say he’s nearly on the rims. Which leads me to ask about my own expenses. “I did fly down here on my own dime, Mr. President.”

“Not to worry, sweetie, your room is covered. Meals, drinks, everything. I told my lawyer, ‘Make her happy.’ He’s onto your agent, he’s working things out. Things are tight—I got that Russian bank on my ass, so you’re doing very, very good at eight per cent, because this book is going to be huge, sales in the millions, the blockbuster of the century. And your name will be on the cover with mine but smaller. Something like ‘With Laurel Corelli, winner of the Pulitzer.’ ”

I’m not going to play the whore. But how do I get out of this tactfully?

“I’m pleased you read my book.” That’s all I can come up with. He looks at me blankly. I give him a clue. “Benito.”

“It’s on my desk, already opened.”

I tell him I require an advance of $200,000 dollars to undertake such a massive and complex project of portraying such an illustrious world leader. I’m hoping he’ll balk and show me the door, but he shrugs, as if it’s peanuts. But the release of his 2015 tax returns has financial analysts saying he’s in deep hock to a consortium of German and Russian banks and that many of his properties face foreclosure.

I ask him who owns this resort.

“My number one baby, it’s in his name. Opens his mouth too much—that’s not what I taught him, I didn’t bring him up that way, and now he’s cooperating with the grand jury. They must’ve water-boarded him, all that stuff about me making a deal with the Russians.”

To save his own skin is the near-unanimous view.

The president is still up and is pacing, getting heated. “They wanted some travel bans lifted. I like Vladimir personally, a fabulous guy, a cut-through-the-bullshit, get-things-done guy. I said okay, I get elected, fill your boots. I’m very famous for my deals, much too famous, that’s why they’re coming after me, they think I made a deal. There wasn’t even a handshake. I was more surprised than anyone when they hacked into our election. Now the Russians think I double-crossed them!”

He catches himself, realizes he’s being loud. Meanwhile, I’m working out how fast I can catch the next flight north. He goes back to the appetizer tray, dips a prawn, devours it. “Okay, let’s go check on your room. You’ll probably be here for a few months, you wanna be cozy while we work.”

A few months? “Mr. President, how long do you expect to be here, in Mexico? Why are you here?”

“I’ll be back, guaranteed, a hundred per cent. Soon as my lawyers quash that phony treason charge they drafted. Meanwhile, they got a great program here for political refugees if you offer the right people a little sweetener.” Air quotes around the last word. “So, Lorna, what’s your conceptualizing of the theme of my memoir?”

“The plain-spoken billionaire who took on the liberal establishment and shook it by the neck.” I make a barf face as he peers into the fridge.

He pulls out a champagne bottle. “A little tinkle to seal the deal?”

“The deal is you’re hired.” Smug smile. “You’ll be working under me.”

“In your dreams, Mr. President.” I make like the Roadrunner for the door.

His face colours from orange to red, and I’m scared he’s about to explode. He shouts: “You’re fired!”

William Deverell is the award-winning author of 19 novels and the creator of the Arthur Beauchamp series. His latest, Whipped, a political satire, will be released Sept. 21. He can be found at www.deverell.com. 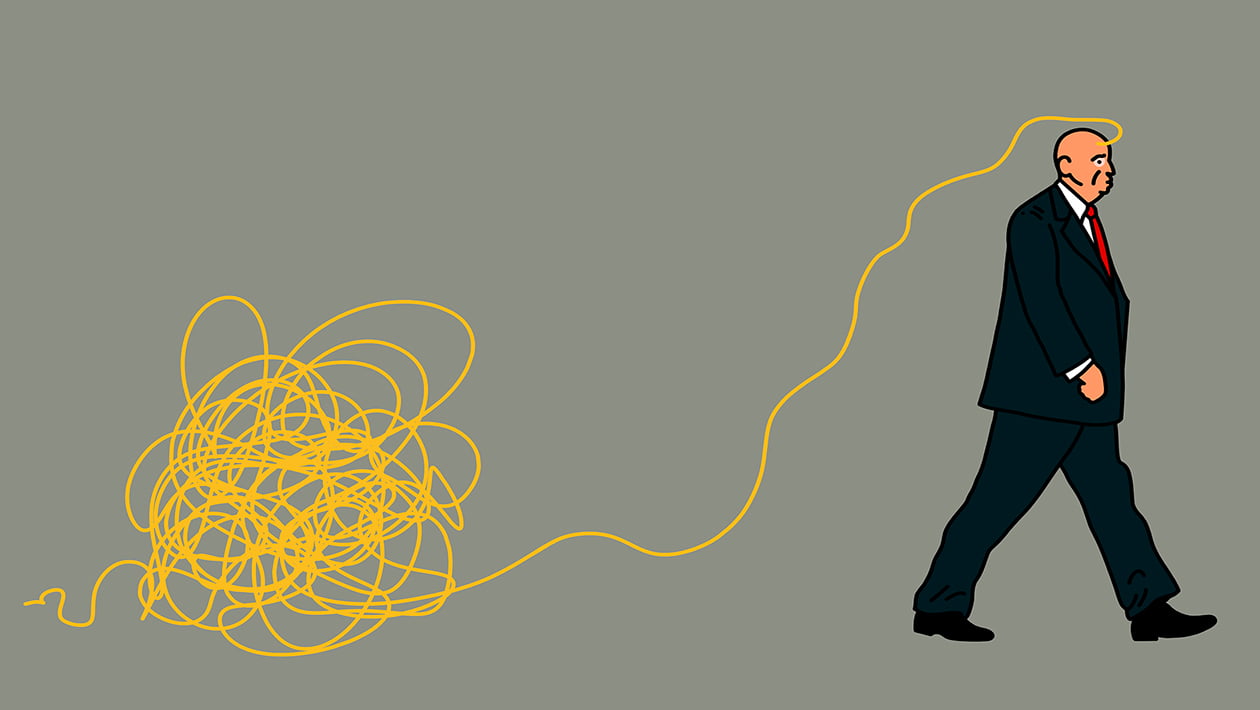