U-G-L-Y, you now have an alibi

Examining the cultural history of ugliness

Whether it’s Miuccia Prada’s “ugly-chic” aesthetic or word on the street (little of it kind) about Herzog and de Meuron’s proposed Vancouver Art Gallery replacement, we’re a species that’s supremely comfortable with dropping u-bombs. Various people, buildings, food, emotions and thoughts have been judged as ugly for millennia.

We tend to use the word confidently, as though ugliness has a self-evident and unchanging meaning. In fact, Henderson writes, the “shape-shifting” term has a long, strange, and “unruly history.” Breaking her lively study into sections—“ugly ones,” “ugly groups,” “ugly senses”—she touches on an impressive assortment of cultural eras in order to form a rather, well, unbecoming picture of human fears, anxieties and prejudices. 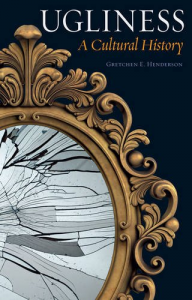 While Henderson, an academic who writes on literature, music, art and more, does observe that the neuroscience of aesthetics has suggested a certain evolutionary affinity for associating symmetrical with beautiful (a misshapen “ugly” artwork can trigger a brain’s flight response), her project relates to the cultural shaping of an amorphous category as well as its fluctuating definitions. Blue eyes and fair hair? An ugly blight to medieval Arabic philosophers. Rock and roll? Frank Sinatra called it “the most brutal, ugly, degenerate, vicious form of expression.” Matisse? In an American critic’s expert opinion, his paintings were “ugly . . . revolting in their inhumanity.” The sarabande? “So ugly in its motions,” that 16th-century dance was banned in Spain because it was thought to “excite bad emotions in even very decent people.”

An intrepid sampler, Henderson covers the so-called “X-list,” a 2005 plan in Britain to demolish eyesore architecture (“Vile buildings are an affront to our senses,” a proponent argued); “ugly laws” in the U.S. circa 1880, which banned deformed individuals from visiting public spaces; and 18th-century Anglo-American “ugly clubs” whose membership rules demanded facial deformities. She visits antiquity, where the ugly tended to be derided, ridiculed, or exiled. She offers examples of the culturally dreaded, people and objects that trigger anxieties related to animality, corruption, disorder, and deformity, like the elephant-headed man and the duchess of Tyrol—“rumoured to have been the ugliest woman in history,” at least until Julia Patrana, a 19th-century woman born with hypertrichosis (or “werewolf syndrome”) who toured America as a human curiosity, a “mysterious animal” displayed in a glass case. And through this well-illustrated study, she makes a terrific case for how we’ve regulated the borders of acceptability and mistreated whatever crosses the line.