How we judge sexual assault perpetrators—and their victims

Zoe Whittall's latest novel navigates the minefield of consent, rape and insiders turned to the outside 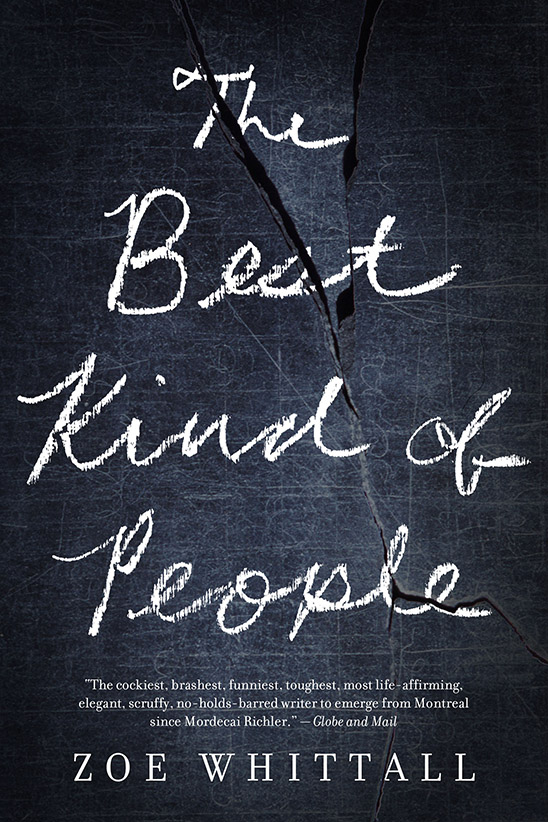 Zoe Whittall has been hailed as a “champion of outsiders and outcasts,” thanks to her first two books, Bottle Rocket Hearts, an intimate portrait of the Montreal lesbian community set against the backdrop of the 1995 Quebec referendum, and Standing Still for as Long as Possible, which follows the lives of LGBT characters in Toronto. For the latter, she received the Lambda Literary Award for Transgender Fiction.

But in her latest novel, Whittall puts the spotlight on insiders, planting her characters in an exclusive lakeside community in Connecticut. Eschewing the big questions of gender identity so pronounced in her other novels, Whittall navigates the minefield of consent, rape and the ways in which sexual assault perpetrators and victims are judged.

The central characters are members of a liberal, moneyed, all-American family whose ancestors founded the gated community they live in, Woodbury Hills. George Woodbury is a beloved prep school science teacher, his wife, Joan, is the head trauma nurse at the local hospital, son Andrew is a lawyer in New York City, and 17-year-old daughter Sadie is a student at George’s school. When George is arrested for sexual misconduct and attempted rape—involving four students on a school ski trip—the family unravels. A bewildered Joan watches her husband’s expressions, movements and reactions for any sign of guilt, or innocence, but finds nothing. Sadie has no basis to believe the charges against her father—after all, she says, “he’s pro-choice; he donates to the local women’s shelter every single year. He read the Gloria Steinem biography!” But she doesn’t want to be the kind of person who turns on the victims, one of whom is her best friend’s little sister. Andrew, meanwhile, is convinced of his father’s innocence, even as the situation has him thinking back to his own student days in Woodbury Hills, when he seduced his male gym teacher.

While Whittall started writing The Best Kind of People years ago, its release surfs the wake of the Bill Cosby and Jian Ghomeshi cases, posing many of the same difficult questions and demonstrating how insiders can find themselves cast out. Yet despite the heaviness of the subject matter, Whittall has penned what could be described as a breezy summer read: fast-paced, full of parody, not exactly subtle, but never melodramatic.