What if stat nerds were given the keys to a pro baseball team?

Ben Lindbergh and Sam Miller, two baseball wonks, get a chance to apply their wildest data dreams in real life 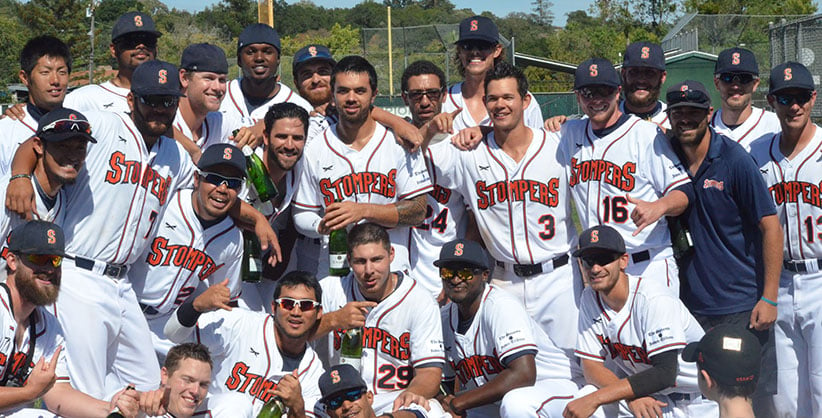 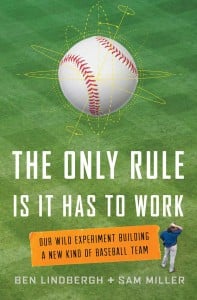 THE ONLY RULE IS IT HAS TO WORK

By Ben Lindbergh and Sam Miller

Baseball, that pastime of green grass and chalk lines, of glove pops and cracked pine, has been riven for some time. Michael Lewis’s seminal book Moneyball exposed the last two decades’ defining rift: between the data-driven nerd, trying to make sense of a game romanticized to fantastical oblivion, and the grizzled gut-instinct insider, with his lifetime of games played, innings scouted, and seeds spat. These days, the debate is largely settled: MLB is now an analytics vanguard, offering accessible data—down to the microsecond and micrometer—as its teams, hungry for advantages, snap up statheads. But where in math there is a likely correct call supported and determined by calculations, baseball—revelling in greys—continues to use stats as merely one tool in the decision-making toolkit. The grip of tradition refuses to loosen.

For years, wry writers Lindbergh and Miller—the Seinfeld and Costanza of baseball wonkery, each of whom has served as editor-in-chief of Baseball Prospectus, a Polaris star for data pilgrims—have excoriated these very decisions on their excellent podcast, Effectively Wild. One show led to another, which led to an email from the Sonoma Stompers, an independent baseball team in the Pacific Association: Do you want to run a professional baseball team?

For a pair who relish second-guessing baseball’s hoariest conventions on the no-stakes Internet, the answer was an eager yes. It would be a true test of something that has never been wholly tried: What if spreadsheets and unfeeling data come down from the ivory tower and operate an actual team, to try wild ideas like five-man infields and five-inning closers?

The Stompers’ 2015-16 season, chronicled in this hilarious, smooth-reading book, is the rollicking, gleeful, and sometimes melancholic answer. While the team is professional, the realities are hard; an under-resourced team in a tiny, low-ranking league, it’s a mishmash of young, hungry players desperate to keep moving up, and older vets whose love of the game overpowers the certainty that their big-league dreams are dead. The players’ contract negotiations aren’t over better offers, but rather the wan gravity pull of retirement, of school, of real life. They’re paid a small stipend, given a game-day spread of white bread and peanut butter, and live in the homes of Sonoma families with extra rooms. There is no glamour.

But they do get to be ballplayers for a living. And as is so often the case in sports, it’s dreams—not peanut butter—that provide the fuel. That goes for Lindbergh and Miller, too: the prodigal Lindbergh nurses a chip on his shoulder about his too-short internship with the New York Yankees; Miller, a writer quick with an existential turn of phrase, is hyper-aware of needing to earn the jocks’ respect—”I realize I never did quit thinking that Adam Ferguson was, by virtue of having the strongest arm in third grade, a better person than I was,” he writes. But running a team is the stat-head dream, and so they and a few podcast-listeners-turned-volunteers leap to join “a long line of super-smart people who might have cured cancer if they’d never come across a dumb game in which grown-ups hit cowskin with sticks.” There’s something terribly beautiful about that.

There are emotional issues: the reality of making the hard calls that the analytics-minded don’t have to consider (telling an earnest rookie he’s been released; firing an insouciant manager) and their stumbles into innovation and courage (they replace their manager with the first Japanese native in pro baseball; their ace pitcher Sean Conroy, signed off a spreadsheet, comes out and becomes the first-ever openly gay pro). There are moments of doubt and struggle, the according highs and lows encapsulated by the final, improbable moments of the Stompers’ season. In the end, the two stat heads even concede there may be limits to how far you can go with data alone: “No matter the scouting report, in every game some baseball happens.”

Baseball, implausibly, is the pro sport that most sports fans feel they could potentially play. They’re wrong, of course; hitting against an MLB pitcher is one of the most difficult athletic feats. But the intimacy of the bleachers wrapped around the diamond, the foul balls that occasionally soar into the crowds, the fact that some of its players look like you and me—there’s something about it that inspires wild-eyed dreaming. The Only Rule is It Has to Work is a joy not just because it easily finds the humanity in cold data and spreadsheets, but because, like the best baseball books, it’s the story of the life of dreams—even if those dreams look different by the end.