Books for distraction, escape or deep-dives into current events: Canada’s award-winning authors reflect on their literature consumption amidst COVID-19 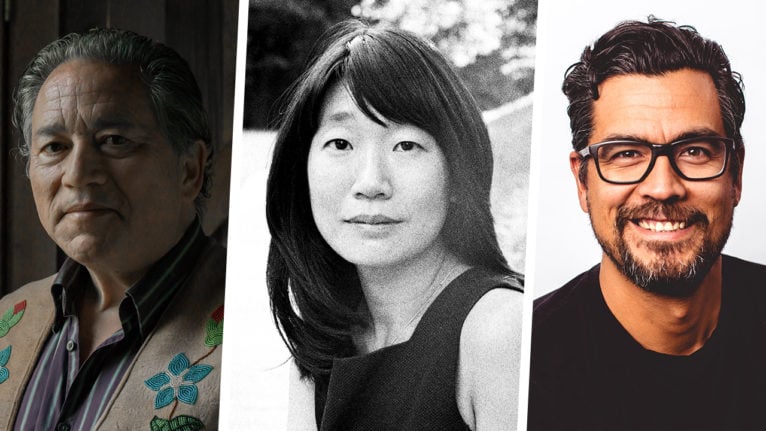 Since 1936, GGBooks have been celebrating the best books in Canada across genres. Each year, writers from all corners of the country are nationally recognized for their contributions to Canadian literature, only this year is unlike previous years—due to the COVID-19 pandemic, the Canada Council for the Arts will announce the 2020 GGBooks finalists and winners next spring, rather than this fall.

Under these unique circumstances, and despite there being no gala this year, past winners are taking time to reflect on how their view and consumption of literature has changed throughout the months. In a time when there’s no choice but to sit at home and reflect while trying to carry on, we spoke to past winners to understand how they’re choosing to explore this strange moment in time.

Exploring works of fiction, non-fiction, poetry and children’s literature, each winner’s unique take on what they’re reading is the perfect insight into how so many of us are dealing with the world around us. 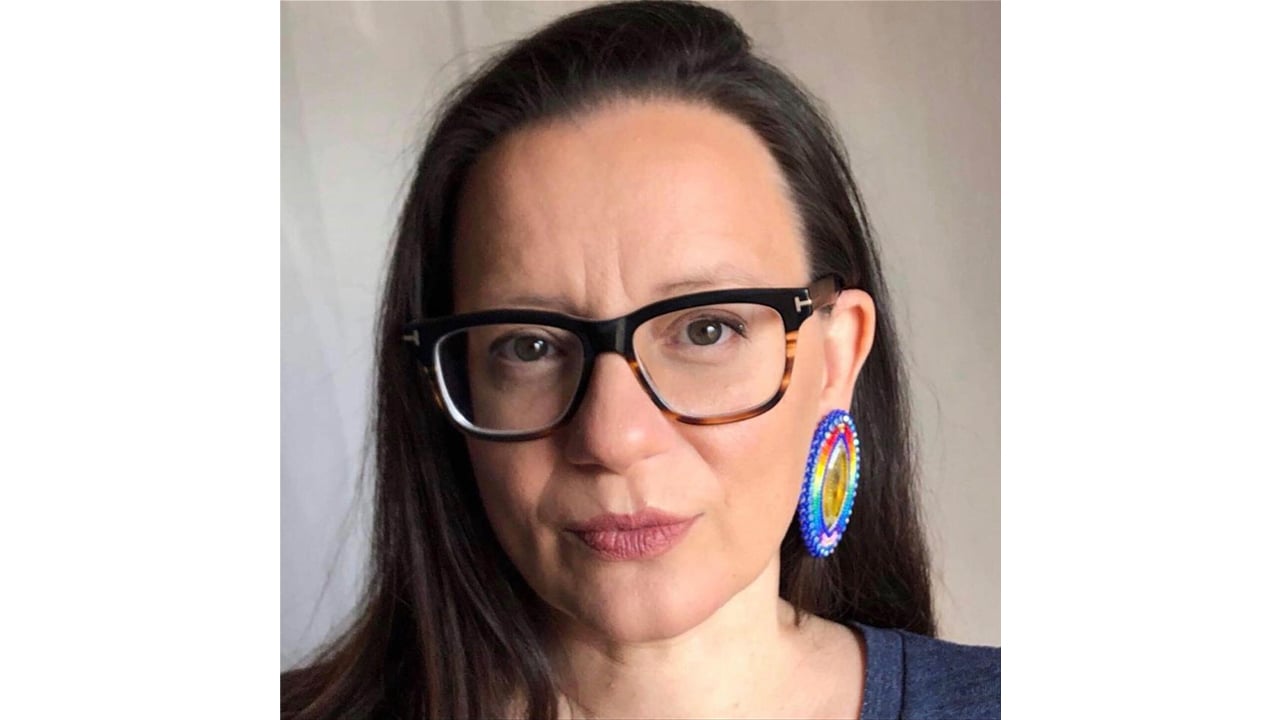 Cherie Dimaline, winner of 2017’s children’s literature award with The Marrow Thieves and author of Empire of Wild, has been taking this time to both escape into new worlds and also hope for a better future.

“I’ve been doing a lot of escaping in Black Water by David A. Robertson,” Dimaline says. The memoir, released in September 2020 is a book Dimaline describes as comforting for her. “It was really intimate but had that universal reconnection we’re all missing right now,” she says from her home in Toronto. Mostly, Black Water has given Dimaline time to reflect on our current state. “Maybe this time is giving us a real chance to remember what’s really important.”

On the other end of the spectrum, Dimaline has also been embracing books that are addressing real life issues. Crosshairs, a novel by Catherine Hernandez, is one that stands out as both embracing harsh realities of life in a post-apocalyptic setting, but also a message of hope. “It was especially empowering for me to hear stories that talk about a potential end to these times,” Dimaline says of the novel. “Especially because of the news cycle, it was nice to read something addressing tumultuous times and reminding me that there aren’t just bad guys.” 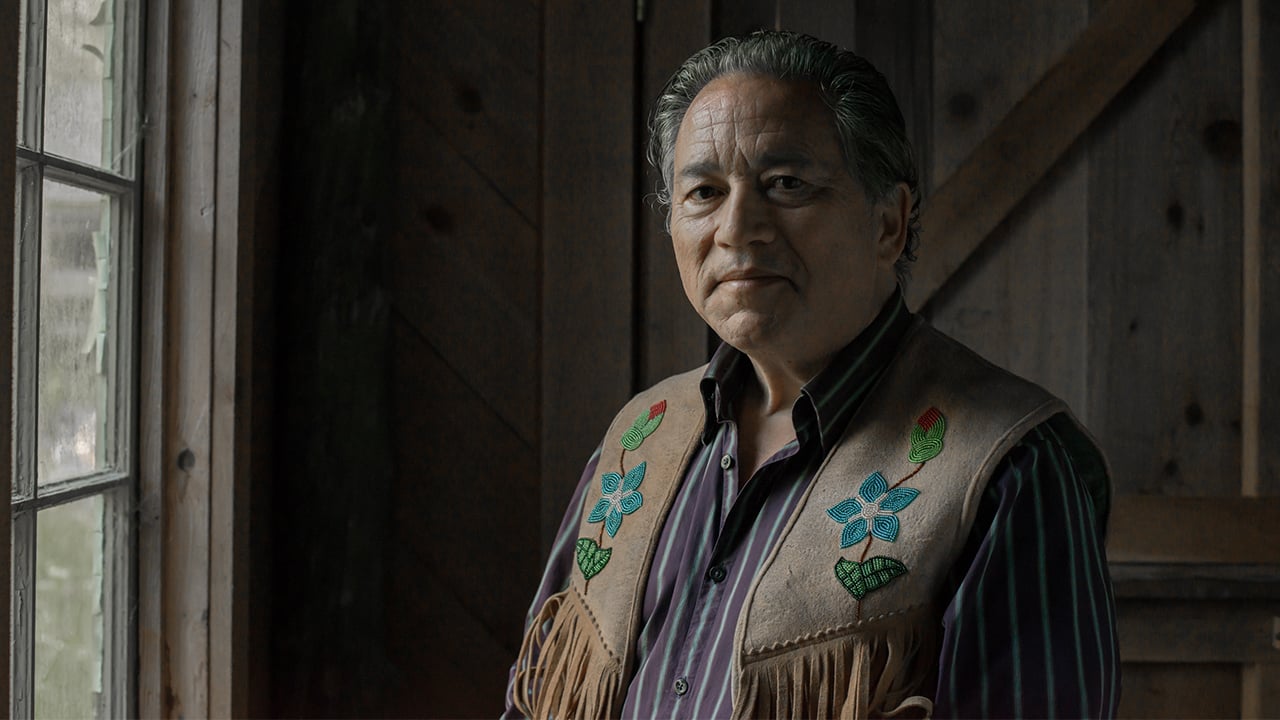 Winning the 2018 award for non-fiction, Darrel McLeod’s debut memoir Mamaskatch: A Cree Coming of Age told the story of his childhood and being raised by his mother, a residential school survivor. Currently, McLeod is preparing for the 2021 release of Peyakow: Reclaiming Cree Dignity, a Memoir.

“I’m always reading a few books at the same time,” says McLeod on what he’s been consuming over the last six months. When it comes to reading, McLeod speaks of how he sees literature as a way to learn about his own writing. “I always learned from the books that I read about my writing, and I was intrigued by character development in the structure of her book, and I kind of studied it for that.”

For McLeod, what he reads is intricately linked to what he’s writing and admits throughout the pandemic he’s been in a sort of “reading casket” tearing through books like Petra by Shaena Lambert. “But I have been looking for an escape through listening to comedy,” said McLeod of how he’s trying to relax. “I’ve been listening to comedy every night and have so much fun with it, I myself am a trained comedian.” And while some might be surprised by his past as a comedian McLeod says, “It appears in Peyakow and with the release of that book, I’m going to come out as a comedian—as a funny guy.” 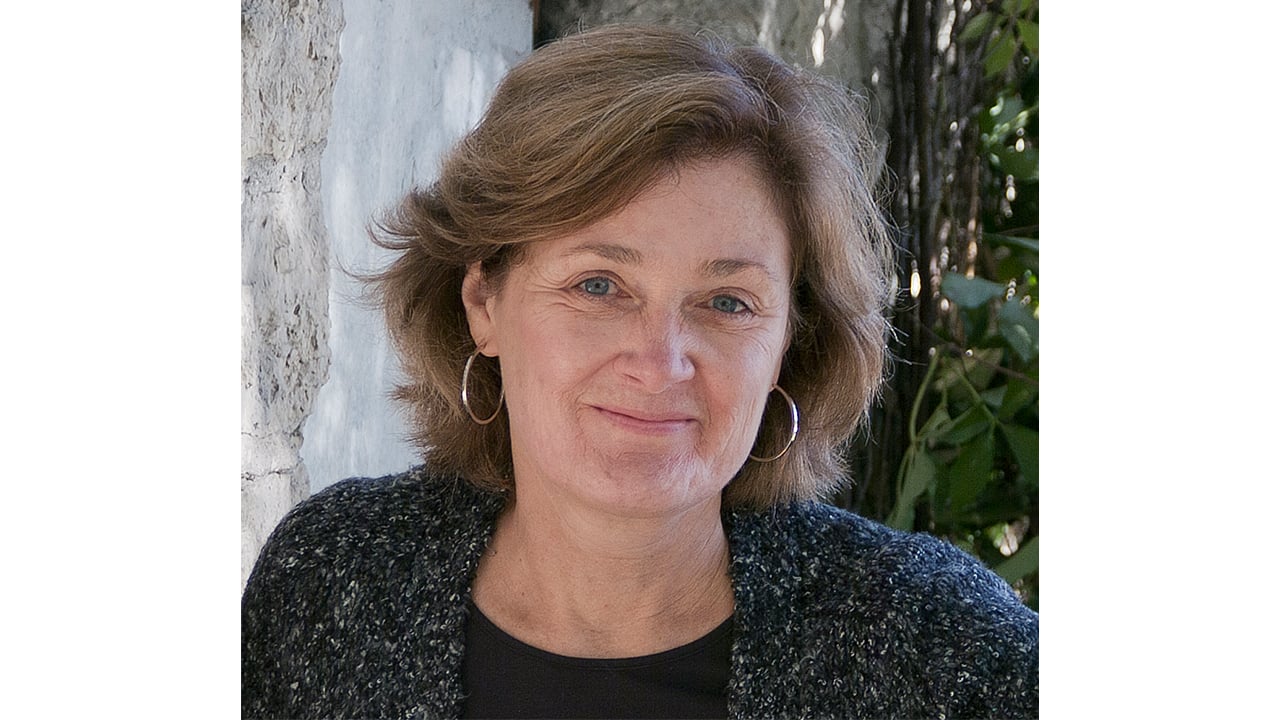 As last year’s winner for fiction with Five Wives and 2014’s finalist for fiction The Opening Sky, Joan Thomas has been spending her pandemic thinking about how writers are dealing with these times. “I think that these huge global events like the pandemic and the climate crisis are hugely challenging to writers,” Thomas said from her home in Manitoba. When it comes to what she’s consuming, Thomas isn’t looking to forget about the world around her, “I’m looking for writers who take on the current situation.”

This means reading from writers who Thomas believes are taking on the current situation and the world at large. “I just read Songs for the End of the World by Saleema Nawaz, which has gotten a lot of attention because it deals with a pandemic,” Thomas says of the book. But beyond the timely premise of a pandemic, Thomas was drawn to its six degrees of separation structure, “It reminds us how linked we are as human beings, which is something really emphasized by a contagious virus.”

Petra by Shaena Lambert is another pick of Thomas’s, following the story of 1980’s political activist Petra Kelly, Thomas speaks of how the book follows the example of how the past can illuminate the present with regards to the climate crisis. 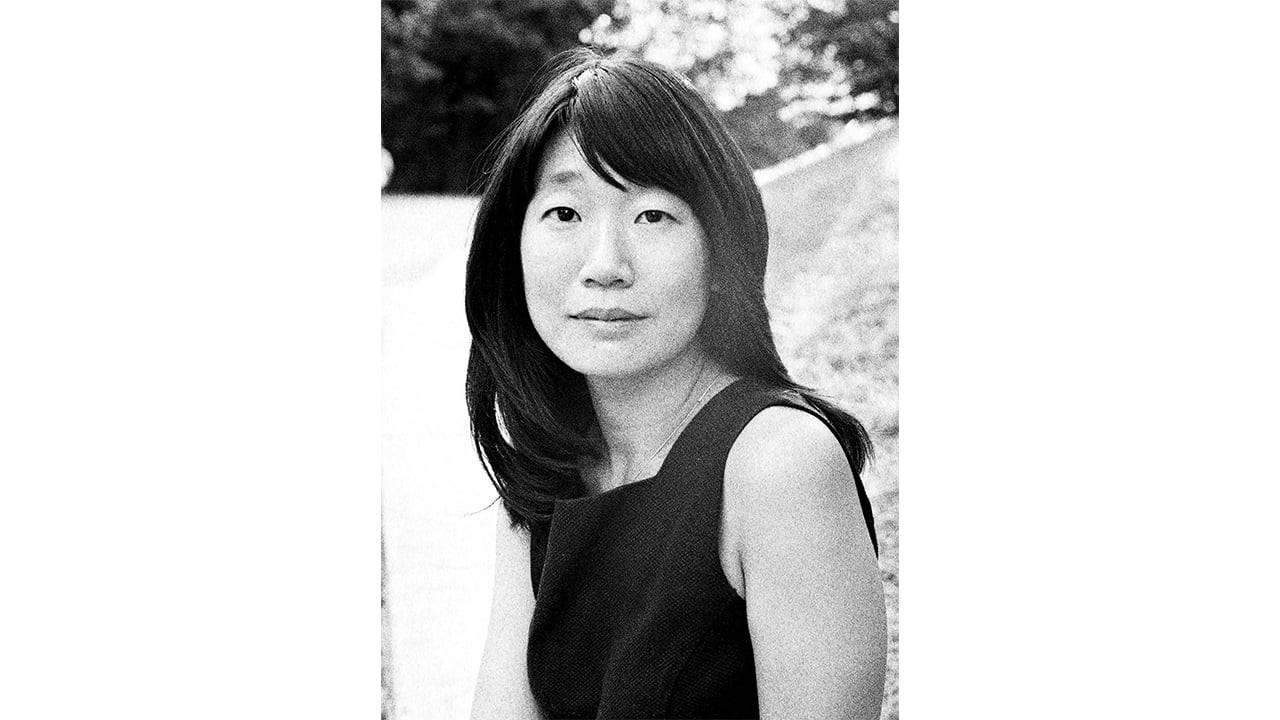 In 2016, Madeleine Thien won the award for fiction for her novel Do Not Say We Have Nothing, and currently she’s working on what she calls, “a pretty big novel.”

Like many of the authors interviewed, she adored Petra by Schaena Lambert, and spent much of the last six months reading short fiction collections, something she calls, “Integral to Canadian literature.” Based in Montreal, Thien cites three collections in particular that made a mark: Good Citizens Need Not Fear by Maria Reva, Dominoes at the Crossroads by Kaie Kellough, and How to Pronounce Knife by Souvankham Tammavongsa. “Those three are so remarkably different from each other but exciting because they’re all first collections of stories,” Thien says. But what they do have in common is that, “They’re bringing something bold and innovative to the world.”

Thinking about the current state of the world, these collections also brought her closer to the current moment—something Thien believes is especially important when reading the news feels particularly heavy.

“These works are really in tune and crystalized with right now,” Thien remarks. But most importantly, these writers aren’t trying to be of the moment. “These are clearly writers that have been thinking about these issues for years.” 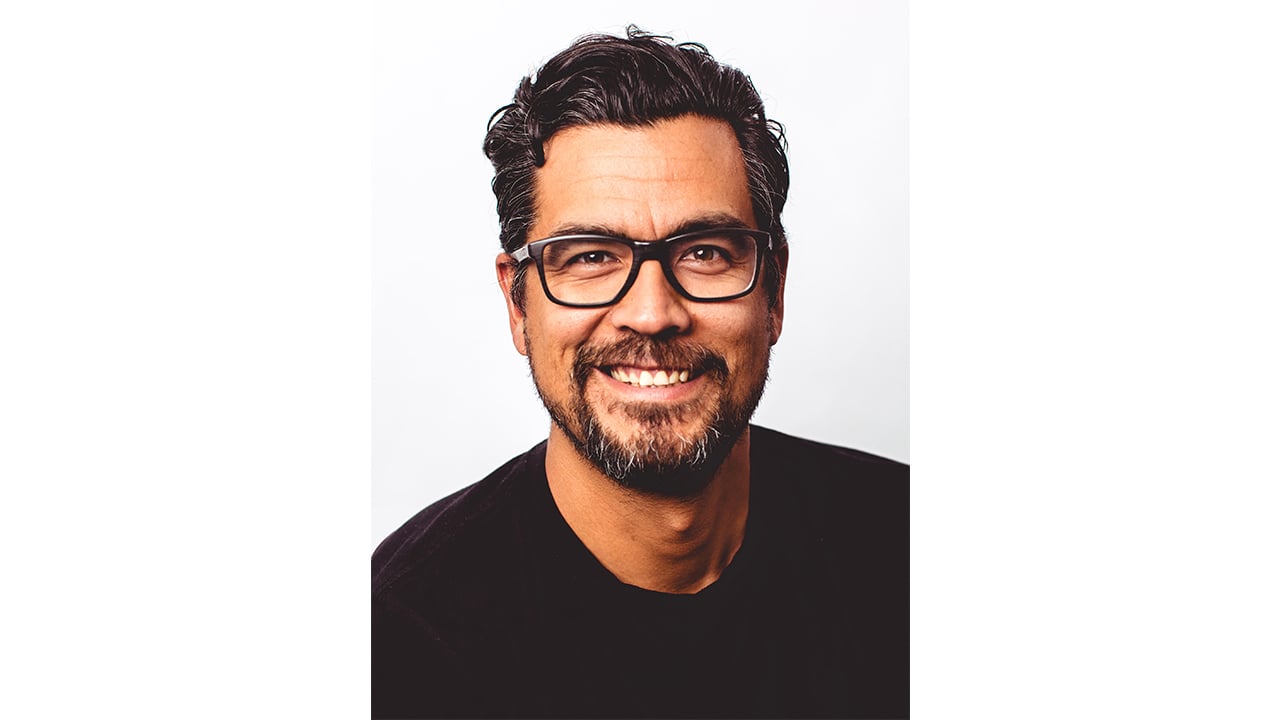 As the author of over 25 books spanning young adult literature, children’s literature and graphic novels, David Alexander Robertson was given the award for young people’s literature – illustrated books for When We Were Alone.

Having read it in 2019 upon its release, Robertson says the novel stuck with him for a number of reasons leading him to re-read it recently. “I love the way that she world builds,” he says of Dimaline’s novel. Not only that, but her incorporation of Metis and Indigenous legends into her text. “It’s juxtaposed against this obvious discussion on Christian or Catholic influences on indigenous peoples, and the whole idea of colonialism,” Robertson says of it mirroring current issues.

As someone who’s currently and always working on new content whether it be books or other deadlines, Robertson echoes what many feel about consuming literature during the pandemic, “I’d say it’s more distraction, it’s a really anxious time and a tough time so it’s been an exercise of being busy to distract myself from anxiety.” 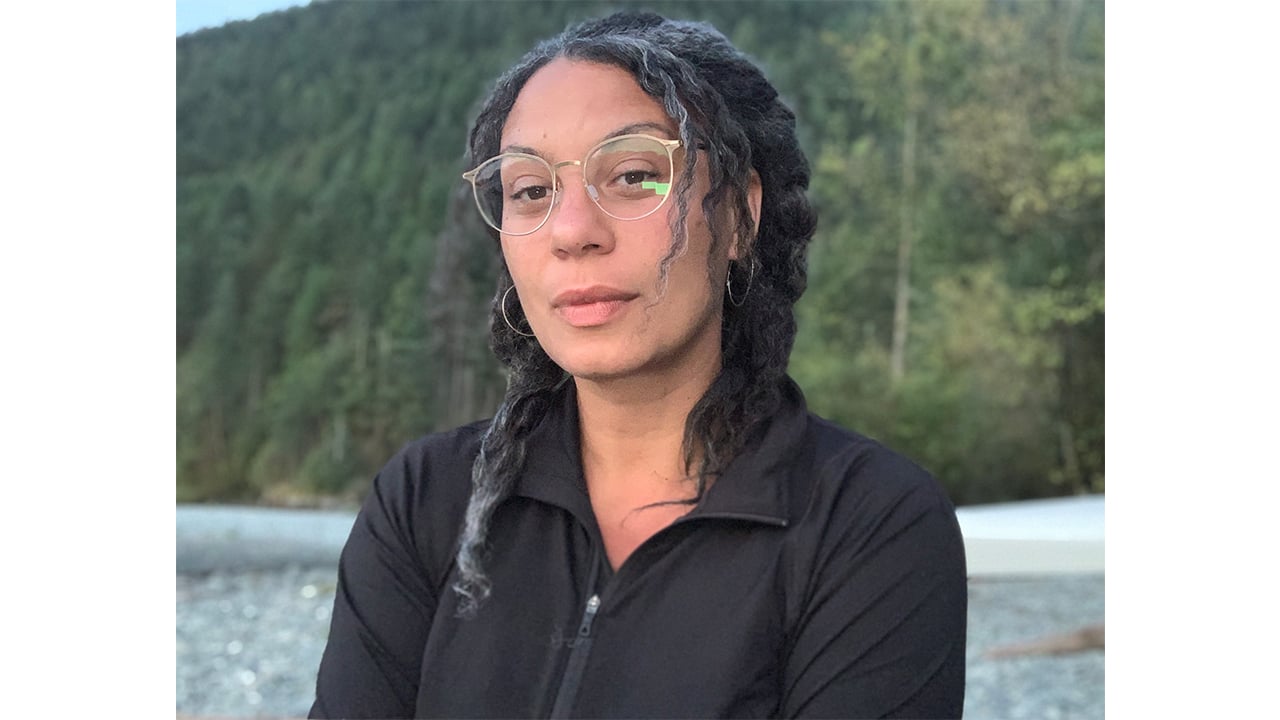 The winner of 2018’s award for poetry for her collection Wayside Song, Cecily Nicholson believes what she’s most interested in reading has been preparing her for these challenging times.

“Generally my reading passion is divided between sci-fi, poetry and a lot of long form journalism,” Nicholson explains from her home in British Columbia. But in terms of what has really been standing out for her, she has been thinking particularly about poetry.

“Mostly, I’ve been thinking about a book that’s coming out now from someone in my community,” Nicholson explains. “Eat Salt – Gaze at Ocean by Junie Désil is one I think about particularly because of the content of the book itself and the subject matter.

The book, which was released this September, speaks of Haitian blackness in the Canadian landscape. The debut poetry collection is one Nicholson calls, “stunning” for how it articulates the black experience in Canada. “We’re in this heightened place, we’re deeply rooted in a diasporic sense across North America, of course and the African diaspora.” Rooted in family narratives and using the Haitian zombie lore metaphorically for the treatment of black people, Nicholson believes the book is perfect for this moment.

“The work itself is coming out, in a moment when I’m watching and witnessing a real presence and engagement with black people and what we’ve created,” Nicholson says. “A part of it is just putting into words a range of sensory experience and atmosphere, things that are hard to articulate about the black experience.” 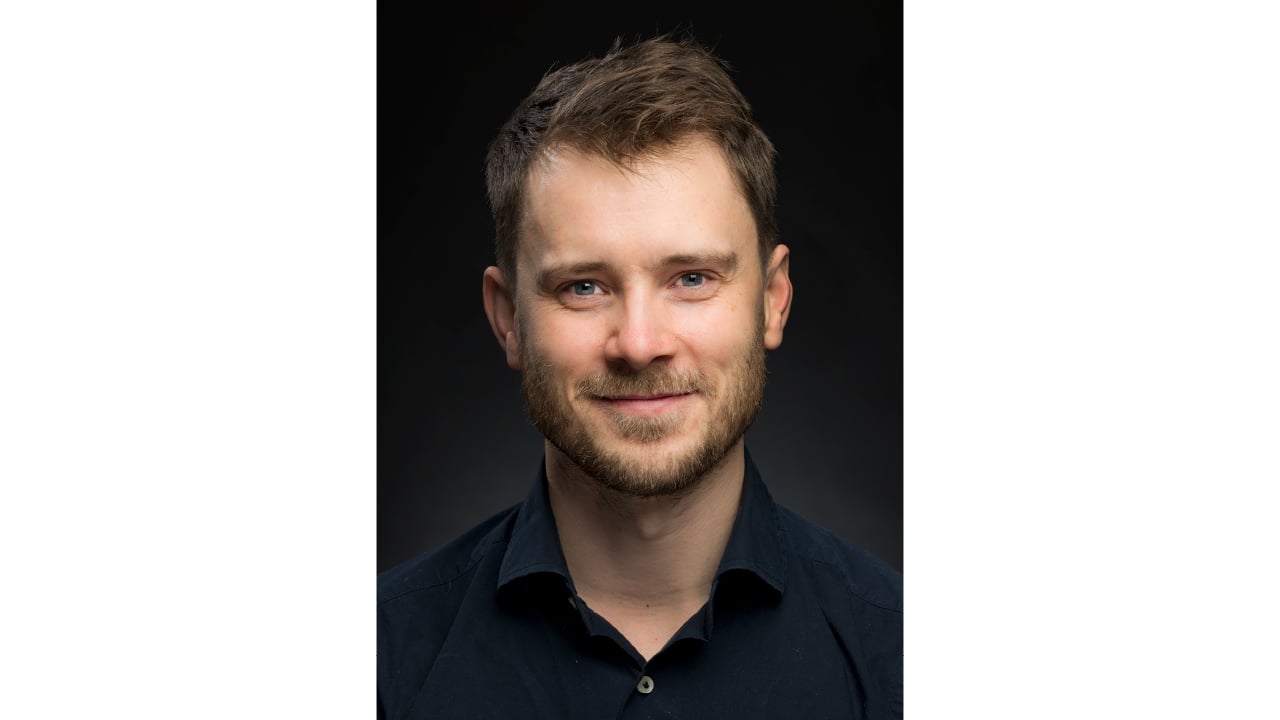 Winning the 2019 award for young people’s literature — illustrated books for his book Small in the City, Halifax-based writer and illustrator Sydney Smith has only found time to read books his young children will also find fascinating. “The only time I get to read is when I’m reading to them,” he says. For Smith, this means reading Our Little Kitchen by Jillian Tamaki.

But for Smith, that also means reflecting on his own responsibilities as an author of picture books. “I’ve been thinking a lot lately about my own job and the kinds of books that feel important for kids right now,” Smith says of his pandemic reading.

“It’s such a good, beautiful book about a group of people at a community kitchen preparing a meal and it’s beautifully illustrated,” Smith explained. But most importantly, it shows a huge spectrum of people and characters, “They all have one mission which is to create a meal out of very little for a group of people, and it’s just so beautiful.”