When God isn't green: Religion versus the planet

Jay Wexler examines the collision of religious and environmental values 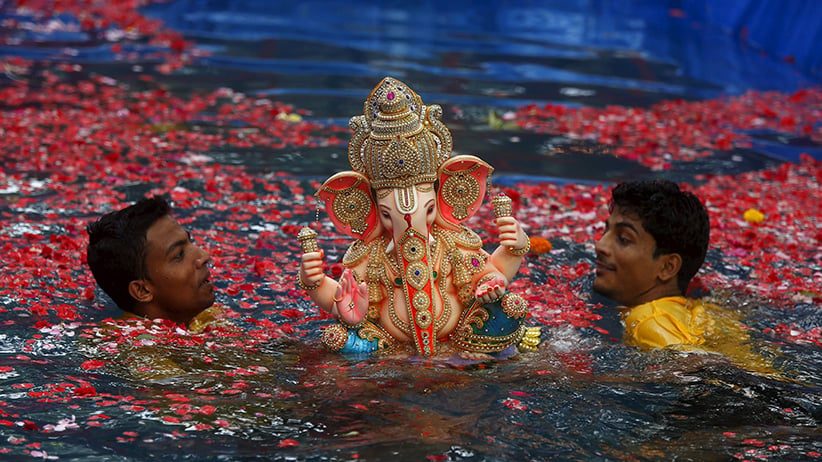 After the Ganesh Chaturthi festival in Mumbai, India, Ganesh idols, covered in toxic paint, are dumped into rivers. (Shailesh Andrade/Reuters) 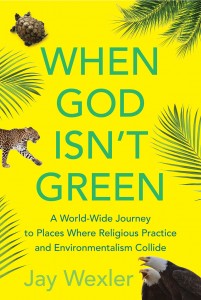 God, or at least his adherents, and the natural world do not always get along, an issue that’s becoming acute now that religion is starting to embrace environmental values. Pope Francis is both author of an encyclical urging an ecological response to climate change, and spiritual head of a church whose demand for palm fronds every Easter season has played havoc in Central American forests—in one case, almost driving a rare parrot to extinction.

That’s the sort of sharp, localized conflict that drew the attention of Wexler, a professor at Boston University’s law school and a religion-friendly atheist environmentalist. He travelled around the world for his quirky book, looking at particular quandaries and the local accommodations being reached (or rejected). They are mind-boggling in their variety. The expense of properly disposing shaimos—the ever-expanding supply of Orthodox Jewish religious books and objects that have to be buried separately from regular trash—drove one rabbi to bury them in the woods around his New Jersey town. The state found out and made him unearth 10 tractor-trailer loads, all now above ground, leaking ink into the watershed, while state and synagogue officials argue over what to do.

In Bangladesh, the Hindu festival of Kali Puja is celebrated by the slaughter of perhaps 100,000 turtles, with the rarest species the most prized. In Rhode Island, a three-year-old fell seriously ill when her family moved into an apartment where previous occupants, practitioners of the Caribbean religion Santeria, had sprinkled mercury to fend off witches. Wexler himself almost coughs up a lung at a Taoist joss-burning ceremony in Hong Kong, where long lines of people threw stacks of paper into “a monstrous, towering, filter-less black furnace, its three smokestacks barfing out smoke and ash into the atmosphere.”

None of his reporting is as riveting, though, as his account of the Ganesh Chaturthi festival held in Mumbai in honour of the elephant-headed god of wisdom. At the end of the festival, worshippers dispose of their Ganesh idols—an estimated 180,000 of them in Mumbai alone—in bodies of water. Wexler watched, among a fast-moving crowd a million strong, as the larger idols—up to eight metres tall, often covered in toxic paint—were thrown into the Arabian Sea, significantly increasing lead and mercury levels offshore. The sheer numbers and the cost of one quick-fix solution known—requiring idols to be made of expensive organic clay rather than cheap plaster of Paris—makes the Ganesh practice perhaps the most troubling for him.

Wexler thinks all solutions should be as localized as possible, and as accommodating to both environment and faith as possible. Letting Native Americans, otherwise so ecologically sound, take a few bald eagles for ceremonial purposes is not significant enough to halt the practice, he argues; Christian churches themselves are starting to demand (and pay for) sustainable palm forestry; the Hong Kong government is simply going to have to force cleaner smokestacks on the joss furnaces. As for the turtle slaughter, religion is all about symbolism: could not one turtle stand in for 100,000?