Why animals should be given the same legal rights as humans

From 2017: Around the world, environmentalists have been arguing for the rights of animals and entire ecosystems in the courts—and they’re winning 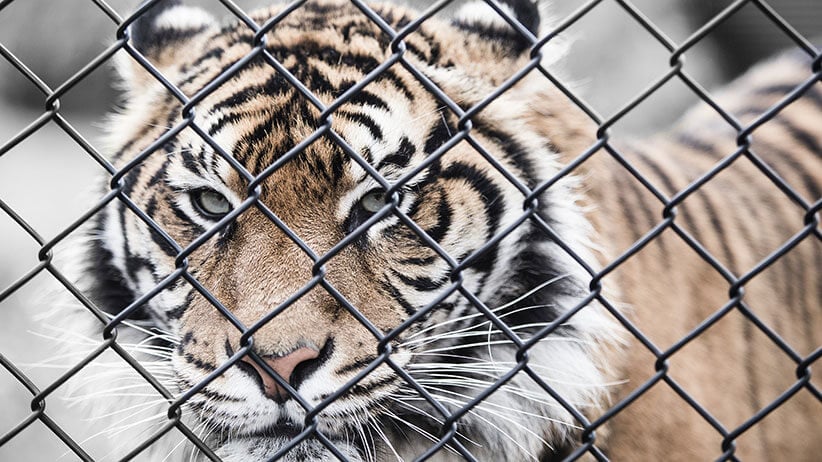 In 2014, the Supreme Court of India, issued a precedent-setting decision. It extended the mantle of Article 21 of the nation’s constitution, which protects human life and liberty, to all animals: bulls, the court said, have an inalienable right “to live in a healthy and clean atmosphere, not to be beaten, kicked, bitten, tortured, plied with alcohol by humans or made to stand in narrow enclosures amidst bellows and jeers from crowds.” In Argentina two years later, a chimpanzee named Cecilia, confined alone in a concrete enclosure in a zoo in Mendoza, was sent to a Brazilian sanctuary after a judge declared for her “fundamental right to be born, to live, grow, and die in the proper environment for [her] species.” In July, a Colombian judge, citing the Argentinean precedent, set free an Andean spectacled bear.

For environmental lawyer and University of British Columbia professor David Boyd, author of The Rights of Nature, such legal developments are, “the first cracks in the wall of the way we treat individual animals.” And they are welcome, in-the-nick-of-time, emotionally moving developments too, he adds in an interview: “I just cried when I read the decision in Argentina about Cecilia—it’s really a beautiful judgment.” Even so, it wasn’t as significant as other legal landmarks, Boyd sees unfolding around the world, the ones involving entire ecosystems. “In the past four years, after longstanding negotiations between Indigenous Maori people and the government, New Zealand has passed two laws that are absolutely transformative in terms of our relationship with the natural world.” One turned the Whanganui River, the country’s third-longest, into a legal entity with rights of its own. The other did much the same with Te Urewera, a revered national park, making it “the first place on Earth where humans have relinquished control.”

MORE: Our complicated relationship with zoos

It all adds up to a potentially transformative moment in the history of humans and the world around them, although, as Boyd delicately puts it, “the precise meaning” of this new relationship is yet to be worked out. The sad lives of charismatic mega-species in captivity—from chimps to elephants to orcas—evokes near total public sympathy. Everywhere, zoos are closing down or busy releasing animals to sanctuaries while turning themselves into research institutions devoted to endangered species. And in the developed world at least, national parks already hold quasi-sacred status. Boyd acknowledges, though, that when activities humans find profitable (factory farming) or pleasurable (horse racing) face the legal firing line, his campaign against “the breathtaking arrogance” behind the human assertion of ownership of the rest of creation is liable to inspire blowback against what critics will call the breathtaking arrogance of lawyers.

The power of the law in rights- and constitution-focused modern societies is precisely why this campaign is primarily legal and not political. Courts are not only more insulated than legislatures from the power of vested economic interests but are—in theory at least—dedicated to seeing justice done even if the heavens should fall, as the legal maxim has it. Moreover, they are faster than legislatures, and the rights they declare are more securely permanent than any law. Progressives in particular have long turned to judges to establish rights that politicians have been hesitant to recognize—it was Canadian courts, not Parliament, that established the right to same-sex marriage, to the great relief of cautious, not to say cowardly, MPs.

Boyd is deeply committed to his cause. He has lived on Pender Island, a three-hour ferry ride from Vancouver, for 17 years. “One of the things that drew my partner and I there was the presence of the southern resident killer whales, which swim literally past our house on a regular basis. It’s electrifying to see them, and very painful to know they are down to fewer than 80 individuals. So I’m highly motivated to do what I can in this field.” And that’s before his epiphany about animals in captivity. A few years ago Boyd was swimming along the periphery of a pool too small for decent laps. “Every few seconds I had to make a sharp turn. That was when I had this moment of thinking: this is what it’s like to be an orca in captivity, in a pool that’s a tiny fraction of its natural range.”

MORE: A sad ending for the ‘world’s loneliest polar bear’

However passionate his personal beliefs, Boyd is confident his arguments are not out ahead of public opinion. Some of the aims of fellow rights-of-nature activists startle even him. When Ecuadoreans started talking about putting the rights of nature in their constitution in 2006, “my brain spun 180 degrees on its axis, it was such a radical concept for a lawyer to try and contemplate.” In Canada, Boyd receives an attentive hearing when he points out that while the end he advocates may be revolutionary, the process he envisages is evolutionary. It’s modern Western thought on nature—that animals essentially are property—that’s the outlier, he tells people. Traditional Indigenous belief and contemporary scientists are in agreement that humans are more enmeshed in nature and that animals far more conscious and self-aware than Westerners once thought. As for the law, we have been here before: there was a time when slaves were property without basic rights, when in Canada women were not “legal persons.” All rights expansion begins as the unthinkable; it moves from ridicule to discussion to adoption. (That the last step has historically involved violence, Boyd does not add.)

But the argument that resonates most loudly in our alienated era is the same one that turned the tide with the Ecuadorian constitution: the law already accommodates non-human “legal persons,” and the main beneficiaries are corporations. “Proponents there asked citizens what’s more important to the future of life and prosperity on Earth, actual nature or these artificial business fictions? When it was phrased that way, many people who were skeptics became supporters.”

MORE: The 10 most recent animal extinctions in Canada

There is no gilding the lily, Boyd says, in either direction, towards rights for nature or continued human supremacy. Humans annually kill 100 billion animals, domestic and wild—an average of 14 per person, meaning far more in the richer parts of the world—and continue to wreak havoc on the habitats of the survivors. The planet’s sixth great extinction rolls on. The World Wildlife Fund Canada’s Living Planet Report, released in September, 2017, details how half of Canada’s 900 species—mammals, birds, fish, reptiles and amphibians—show often catastrophic population declines since 1974. And Canada, according to UBC biologist Sarah Otto, is doing better than the world at large. The “precise meaning” of Boyd’s legal revolution may still be hazy, but at a minimum, he says, it will require immediately “ending the expansion of human settlements and agriculture,” even though demographers calculate the planetary population will increase by another two to three billion before it peaks. Capping human territorial expansion and establishing the rights of nature in a world of hungry people—large numbers of whom still refuse to consider many of their fellow humans as equals—is going to be a long, hard slog.

Boyd doesn’t see another way forward. “In order for us to prevent a catastrophic loss of diversity of life on Earth over the next 100 years, we’re going to have to undergo substantial transformation. Continued incrementalism, which I’ve been working on for much of my career as an environmental lawyer, isn’t getting the job done. You just have to look at the trend lines. To me this notion of nature’s rights has the potential to spur a transformation of our ethics, laws and most importantly our behaviours, in a way that results in a sustainable future not just for humans but for the rest of creation.”