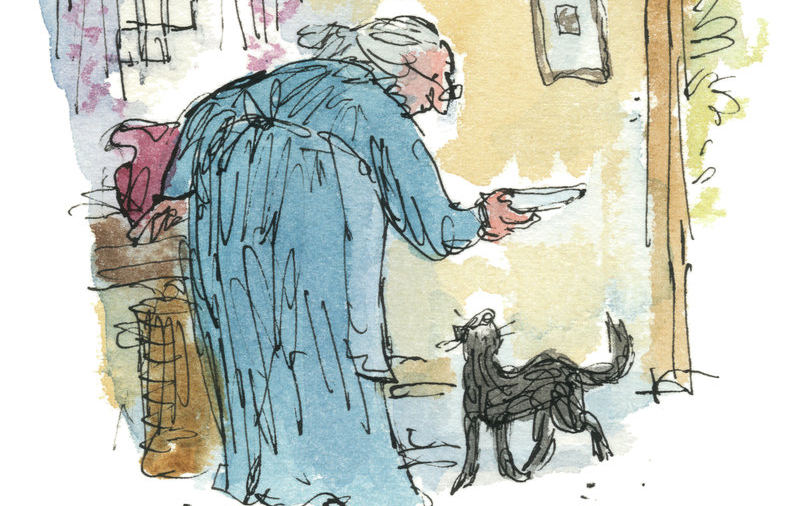 Somewhere, someone is scouring archives, safety boxes and attics for an unpublished Winnie-the-Pooh story or further adventures of Charlotte and Wilbur. Probably an army of someones, all looking harder than anyone ever chased the stories in Hemingway’s stolen luggage or the vanished adult novels penned by Wizard of Oz author Frank L. Baum—and those are known to have existed.

It’s no accident that the most newsworthy and enthusiasm-pumping literary discoveries pertain to the Anglosphere’s favourite childhood writers. The recent discovery, in a Texas storage locker, of a novel by Pearl S. Buck, winner of the 1938 Nobel Prize for Literature, like the unearthing of a Woody Guthrie novel, didn’t spark a fraction of the media attention—because such writing does not exist within the warm glow of a collective childhood memory—as newfound works by Harper Lee (who counts as a childhood author because of her omnipresence in North American school curricula), Dr. Seuss and, now, Beatrix Potter.

Nor do adult discoveries represent the same publishing goldmines that newfound children’s stories do. Previous works by Lee, Seuss and Potter already sold, as one envious author said of kidlit classics in general, “like frozen peas”: Lee earns more than $1 million a year from her first novel alone, 1960’s To Kill a Mockingbird; Seuss books published during his lifetime still sell at the rate of two million annually; The Tale of Peter Rabbit, just one of Potter’s two dozen children’s tales, has sold 150 million copies since 1902. Seuss and Lee both saw large upticks in demand for their older books after publication (and explosive sales) last year of the new discoveries, What Pet Should I Get? and Go Set a Watchman, but their commercial success is liable to seem downright modest when the Potter Express begins rolling for this year’s celebration of the 150th anniversary of the author’s birth.

The Tale of Kitty-in-Boots—discovered in 2014 (in the archives of London’s Victoria and Albert Museum), announced on January 26 and set to be released in September—was found with text completed but only a single full-colour sketch by Potter. In a stroke of genius, both artistic and marketing, the publishers contracted with Quentin Blake, whose drawings are as indelibly bound with Roald Dahl stories as Sir John Tenniel’s are with Alice in Wonderland, to illustrate Kitty-in-Boots. The Potter illustration and the opening of the story have already been released, and in combination are likely to excite the author’s legion of adult female admirers, not just parents buying books for children.

Kitty is depicted sporting a rifle and wearing a shirt, tie and jacket. Her unnamed owner, “a kind old lady,” would have been shocked, readers are told, to learn of her girl’s “double life,” including her own name for herself (Miss Catherine St. Quintin), her acquaintance with a pair of “ very common cats” and, especially, to have “ever seen Miss Kitty in a gentleman’s Norfolk jacket, and little fur-lined boots.” What might be an appealing bit of rebellion for young children, then and now, will be catnip for those who see Potter as a feminist and environmentalist icon. The latter status comes not just from Potter’s pioneering work in England’s Lake District where she began buying up the farms that became the core of one of Britain’s most beloved national parks, but from the way she brought unthreatening nature into middle-class homes. When a farmers’ collective in Hampshire announced Jan. 22 it had found harvest mice, the species Potter wrote about and now thought locally extinct, Britain’s environment secretary Elizabeth Truss expressed her pleasure, not as minister of the environment but as “an avid reader of Beatrix Potter in my youth.”

Potter’s feminist bona fides are equally genuine, even if some Potter lore—the widespread notion that her parents put bars on her nursery windows—is far more mythic than real. But she was a self-taught and first-rate naturalist, obsessed with fungi throughout the 1890s, turning out hundreds of beautiful, highly detailed paintings of various species. When Potter, contradicting contemporary orthodoxy, wrote a paper arguing—correctly—for the symbiotic nature of lichens, London scientific circles refused to pay serious attention to a woman amateur, and essentially blocked her one attempt to publish. In 1997, a century later, the executive secretary of the Linnean Society officially admitted that she had been “treated scurvily” by his predecessors.

But the outside world didn’t suppress Potter, dutiful Victorian daughter, as much as her wealthy but socially insecure parents did. They kept her at home to care for them, restricted her social contacts and interfered in her engagement (which ended with the sudden death of her fiancé). By 1913-14, though, matters had changed: Potter, in her late 40s, was spending more time in the North Country, she had met the man (a rural solicitor) she would marry, her parents had died, and the Great War had begun. These are the “interruptions” she mentioned in a letter to her publishers that had prevented her from finalizing the story of her cross-dressing heroine—who may well have been reflecting what her creator was thinking and feeling—interruptions that added up to a whole new life for the former Miss Beatrix Potter.