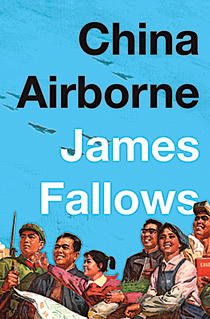 Figuring out China’s future path can seem like a complicated puzzle. How to simplify things into one lean and readable argument? Go flying.

China dominates the global economy by cranking out iPads on the cheap for other countries. Its long-term aspiration, however, is to turn itself into an advanced, knowledge-based economy the equal of its Western rivals. Fallows, a long-time China hand and national correspondent for The Atlantic (not to mention flying buff), argues convincingly that the surest test of such an ambition can be found in the complex business of designing, building and flying airplanes.

Chinese leadership recognizes the significance of a successful air industry. Its latest five-year plan proposes an ambitious aviation agenda with 150 new airports under construction. And Chinese airlines are expected to triple their fleets within a decade. But while centralized control, massive investment and lots of low-cost labour have made China what it is today, achieving air superiority means the country will also have to harness the conflicting notions of innovation, flexibility and openness. It’s no sure thing.

While China has used its economic muscle to buy up international aviation firms, as well as to force global heavyweights Boeing and Airbus into sharing technology and manufacturing know-how, it has yet to produce a plane other countries want to fly. The much-delayed ARJ21 regional jet, for example, is an incredible 100 lb. heavier per seat than its competitors. “It’s completely useless,” one aviation expert tells Fallows. “How much of China’s growth is just like this? How much is just mis-investment on a colossal scale by state-owned enterprises?” If China really wants to take off, it will have to get much more nimble.