Why Delhi billionaires are uneasy

A review of 'Capital: A portrait of Delhi in the twenty-first century' by Rana Dasgupta 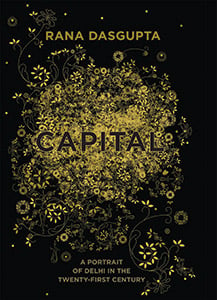 CAPITAL: A PORTRAIT OF DELHI IN THE TWENTY-FIRST CENTURY

Dasgupta, a child of Indian parents, was raised and educated in the affluence of elsewhere but gravitated to India in the early 2000s, trading New York for Delhi, out of a sense that something momentous and exhilarating was afoot. He was right, of course. The transformation of India since economic liberalization began two decades ago is no less dramatic than China’s. In Capital, Dasgupta offers a biography of Delhi— the territory that includes India’s capital city, New Delhi—and its millions of increasingly moneyed strivers. Canadians glance from afar and nod approvingly at eight or nine per cent growth rates. Not bad, eh? Dasgupta brings us closer to the maelstrom.

The biggest mistake a visitor to modern India can make is viewing its ongoing changes as progressive Americanization. Sure, there are new strip malls, conspicuous BMWs, coffee shops and private hospitals. Full-blown consumerism has arrived. Yet Dasgupta thinks India’s experience with capitalism is unlikely to converge with our own. Collusion between a corrupt bureaucracy, an oligarchic business class and a political elite is an entrenched form of governance. The rule of law is often optional, for a fee. Among the best ways out of poverty are becoming a politician or customs ofﬁcial. (The 2010 Commonwealth Games clocked in at some 40 times the original budget.) Yet Dasgupta detects a malaise among Delhi’s oligarchy, which he attributes to a sneaking suspicion that they do not actually deserve their fantastic wealth, “for they knew better than anyone else just how arbitrary the whole thing was.” Dasgupta also observes the failure of the Indian super-elite to invest in public goods and institutions like Gilded Age American Rockefellers or Carnegies once did. Rather, the new Indian billionaires have made their fortunes in the age of globalization, when it is easier to visit a concert hall in London and send your kid to Harvard than to build Indian equivalents.

Indophiles will compare this book with another recent masterpiece about an Indian city: Maximum City, about Bombay. Capital is less satisfying, perhaps because it is more (and too) ambitious. Dasgupta is not content to describe a mega-city and its inhabitants: he theorizes globalism. You may read this book, close your eyes and still wonder what Delhi looks like.