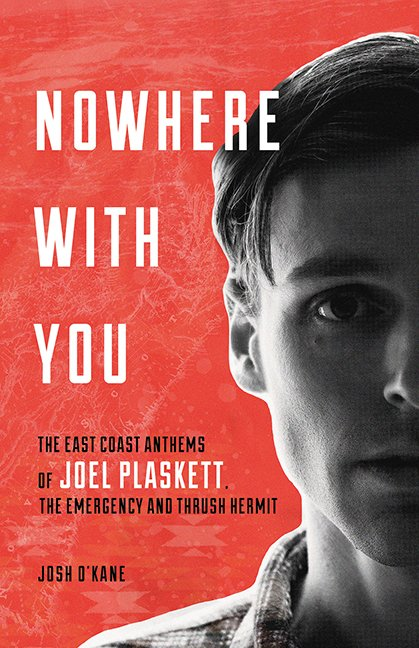 Maritimers label anyone who wasn’t born with Atlantic salt flowing through their veins as a “come-from-away.” Surely there must also be a term for someone who never left? Who never felt the pull to stronger economies west of Edmundston? Someone should write a song about that.

In fact, Joel Plaskett has written many. O’Kane’s biography of the beloved Halifax songwriter paints him as a hero not just for his impressive discography, but primarily because he chose to stay in his hometown long after he became successful, after most of his friends and idols skipped the scene. According to O’Kane, that kind of thing just doesn’t happen. (He should know: he’s a New Brunswicker who moved to Toronto to work at the Globe and Mail.) Hell, even Stompin’ Tom Connors left the Maritimes for Ontario.

On the surface, that’s a flimsy premise for a biography of a musician steeped in punk and classic rock whose story contains no conflict, no fall and redemption, just dogged dedication to his craft. But this is not just a Maritime story; it’s a Canadian one as old as Anne of Green Gables. Here’s a musician who stayed in an isolated region and celebrated it in song—and not by sounding like a historian applying for a Canada Council grant, but in the same effortless way musicians the world over do routinely. In that regard, Plaskett is part of a group of Canadian songwriters of his generation to employ geography to their advantage: The Tragically Hip, the Rheostatics, the Weakerthans. O’Kane talks a lot about Plaskett’s folk influence—which comes naturally to anyone raised on Maritime kitchen parties—but merely nods to Plaskett’s debt to rap music, where mundane geography is often elevated to the mythic. Just ask Drake.

O’Kane is an unabashed hagiographer of the Haligonian, doing extensive research into the history of the city’s music scene, and interviewing everyone who’s ever worked with Plaskett, dating back to his beloved teenage band, Thrush Hermit. Not one has a bad thing to say about the guy. Charles Austin is quoted as saying, “He’s definitely a good model of how you can be successful and not be a dick. It’s inspiring.”