Why Patrick deWitt fell in love with his own character

'Everything feels like a surprise when you’re lost.' DeWitt on the twists and turns his novels take as he puts pen to paper. 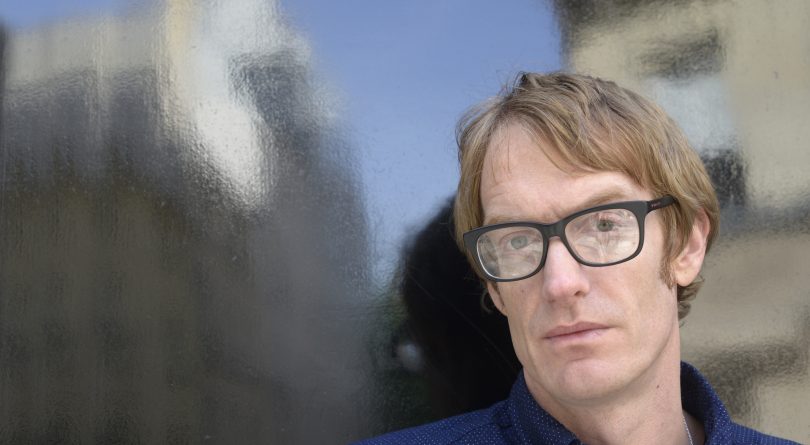 Touted as a “tragedy of manners,” Patrick deWitt’s darkly comic fourth novel, French Exit, has at its heart the relationship between a scandal-ridden, high-society widow, Frances Price, and her shiftless adult son, Malcolm. The two are forced, due to ever-worsening financial straits, to flee from their New York home to Paris. Accompanying them is their cat, Small Frank, who houses the spirit of Frances’s dead husband, the vicious, showy litigator Franklin Price.

These are heady days for B.C.-born, Portland, Ore.-based deWitt: French Exit hits book stores just days before his second novel, the picaresque western The Sisters Brothers (a Governor General’s Award-winner and Booker nominee) is to be released as a film starring Joaquin Phoenix, John C. Reilly, and Jake Gyllenhaal.

Q: What was writing French Exit like compared to your previous novels—was it easy? A slog?

A: Ablutions was breezy. The Sisters Brothers, less so. Undermajordomo Minor was hellish. French Exit was a spring stroll through the park with zither accompaniment.

Q: The zither ensuring you didn’t linger too long in said park?

A: I like zithers. Do you not like zithers? How can you go through life not liking zithers?

Q: Your novels have been very diverse in terms of their subjects and settings. How did you settle on high-society New York and Paris for this book? Are these worlds you’ve got personal experience with?

A: Not at all. I’ve visited both cities and have even stayed for some months in Paris, but my experience was more along the line of the typical middle-class schlub.

A: Yes, very much. And I’d be happy to live in Paris factually.

Q: To what degree do you map your books out before writing them?

A: Whenever I’ve tried to plot things out, the novel shifts under my feet and wrecks the blueprint. By the time I get to plot point B, plot point A has mutated, and the through line won’t make sense any longer. I’ve learned that it’s best to take things one day at a time. Like in Alcoholics Anonymous.

Q: Not a lot of authors think of their craft as a 12-step program. Does writing for you involve making amends with people you’ve harmed along the way?

A: The people I’ve harmed probably don’t read my books? I certainly wouldn’t read a book written by someone who harmed me. But if they do, and they choose to interpret the work as an apology, then I support that, even though it’s wrong.

Q: Given your lack of a roadmap, do your novels ever go in directions that surprise you?

A: Everything feels like a surprise when you’re lost.

Q: Reviewers have been eager to cite what they see as your influences, literary and otherwise. Who’s on your own list?

Q: Animals have been prominent in your books—horses, parrots, fish, and now a cat inhabited by the spirit of dead man. Do you enjoy writing them?

A: I suppose I must! I can’t seem to help myself. It feels a fairly benign compulsion, anyway.

Q: The mother-son relationship between Malcolm and Frances is pretty unorthodox in its sexual openness and camaraderie. Can you talk about their connection?

A: At a certain point my parents and I became friends and peers who can discuss anything under the sun. It occurred to me that this sort of camaraderie is uncommon in fiction and film, and I wanted to address that.

Q: Is your work one of the things you discuss with your parents? Do they read your novels-in-progress?

A: Not in-progress, no—so perhaps not anything under the sun. But once the work is done, I’m glad to share with them.

Q: With Frances you flirt with but ultimately resist caricature. Her better-to-burn-out-than-to-fade-away approach to life, in particular, seems untypical of someone of her age and class background. Is it fair to say you have a lot of sympathy for her?

A: It’s fair. Honestly, I love her. It’s probably weird for an author to say that, but it’s the truth.

Q: Your dance card seems pretty full this coming week. French Exit gets published and The Sisters Brothers film has its world première in Venice. Will you be attending the latter?

A: I will not! And I’ve never been to Venice, so that’s a shame. I will be going to TIFF [for the Canadian première] though.

Q: Who will you be wearing on the red carpet?

A: I think you mean “what.” My one suit, brand unknown, colour: blue. I think it might be time to buy another suit, actually.

Q: Have you seen the film?

A: I did see it recently in Los Angeles, and enjoyed it very much. It’s not a faithful recreation of the book—there’s less humour, for example—but by the end of the film I felt I had arrived at the same place emotionally that the book brings me to, which seems significant to me.

A: I find myself unable to sum it up in a soundbite. It was a varied experience over the course of eight years. In an overall sense it was positive, educational and deeply surreal.