Massey Lectures: Margaret MacMillan on leadership and masters of the body politic 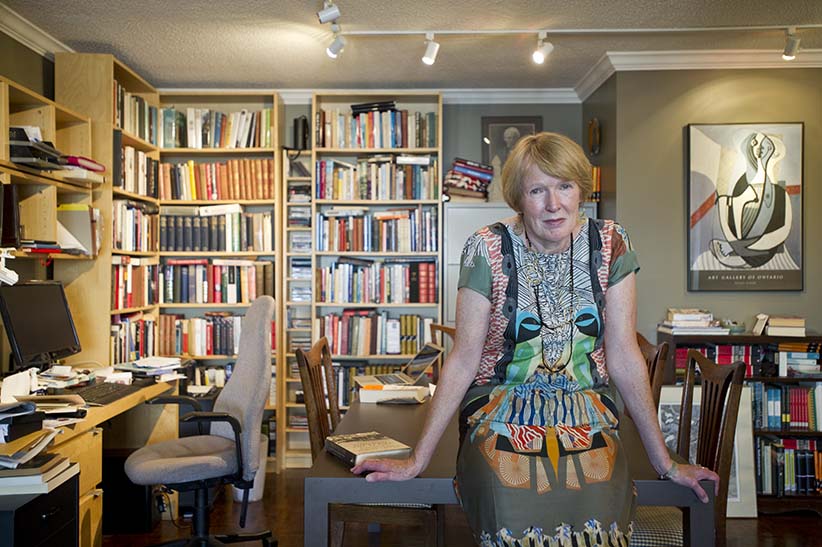 In the eternal historians’ dispute over whether vast impersonal forces or individuals matter most in human affairs, Margaret MacMillan has always held firmly to the “individuals to the front” camp. Narrative history and what can be termed observers’ history—what curious, intelligent onlookers made of the events that unfolded before them—have always been MacMillan’s forte in bestselling books on topics ranging from the statesmen who set the template for the century that followed the Great War (Paris 1919) to the sharp-eyed British women of Imperial India in Women of the Raj. She explores her favourite themes again in the 2015 Massey Lectures, which will be delivered across the country, broadcast on CBC and collected in a book entitled History’s People: Personalities and the Past.

“I do tend to look at individuals and whether they do or do not matter in history,” says MacMillan, “and these lectures are a chance to explore that.” And also to explore what historians call counterfactuals. “They can be overdone—people are constrained by their time and place—but the question of individual actors brings counterfactuals to the fore: What if Hitler had been killed in the First World War, as he very nearly was? What if Stalin had died from his appendicitis? What if Churchill, who was knocked down by a car on Fifth Avenue in 1930, had not been around in 1940? History is about great forces, yes, but also about contingency.”

Related: Listen to Margaret MacMillan on our books podcast, The Bibliopod

The Second World War leaders are among the parade of characters in the lectures, three of which are concerned with key historical figures. “Hubris” deals with Stalin and Hitler, as well as two democratic leaders, American president Woodrow Wilson and British prime minister Margaret Thatcher, all of whom became convinced they, and they alone, were right in their policies and tactics, and were convincingly proved wrong. “Daring” focuses on Lord Beaverbrook, Richard Nixon and Samuel de Champlain. But for many Canadians, the arresting grouping will be found in “Leadership”: Franklin Delano Roosevelt, Otto von Bismarck and William Lyon Mackenzie King.

What is the bloodless Canadian prime minister, famously savaged by poet F.R. Scott as a man “who didn’t do anything by halves that he could do by quarters,” doing in the same discussion as the Iron Chancellor, a man so literally larger than life that contemporaries are recorded as staring in awe at his chamber pots, so much larger than the rest of his household’s? King is easy to mock, MacMillan allows, but he—and FDR—were at one with Bismarck in their acute sense of public opinion, how far they could lead it and when to draw back. The prime minister and president may have had entire electorates to reckon with, while Bismarck had only to gauge the desires and reactions of one man—the kaiser—but the principle remains, argues MacMillan. All three were adroit masters of the body politic.

Related: Margaret MacMillan on the war that lead to peace

The final two lectures, “Curiosity” and “Observers,” brings MacMillan back to perhaps her most abiding interest, the stories of those who recorded what they saw and their responses to it. Some were important in their own time, like the Mogul emperor Babur, who noted, among much else, his drink and drug experiences; some became famous later, like Michel de Montaigne, the 16th-century French essayist who was one of the very few human beings to seem contemporary to every generation that’s come after him. “I know Montaigne is not a contemporary,” MacMillan says, “but you do feel you could have a conversation with him.”

The theme also brought the historian to a new discovery. “When I sat down to make a list of characters in history who exhibited curiosity, most were women. I thought it was sheer accident, and then I began to wonder.” It was true, she decided, thinking of British women in colonial India, partly “because women were freer to explore and mingle because they weren’t the empire builders—they could just go out and talk to people.” And true partly because “women are interested in relationships and how other societies manage those relationships. They may have been constrained in what roles were open to them, but they could question and observe, and they could write it down.” 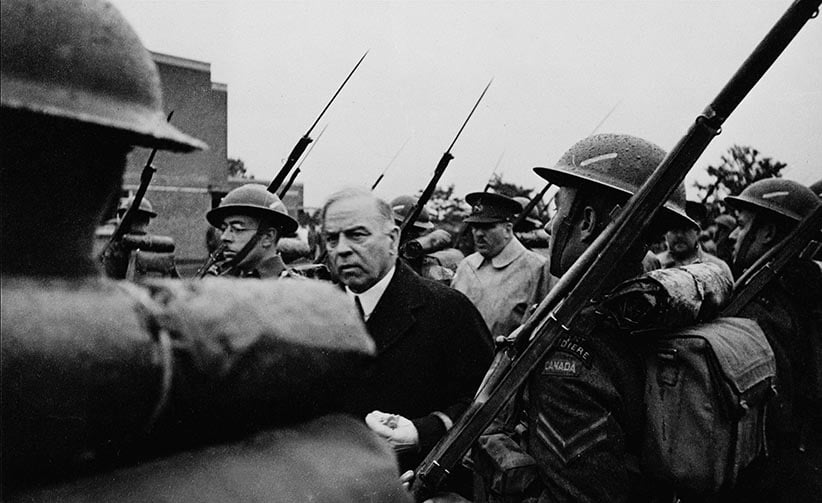 Many people found King unattractive, even repulsive. There was something unwholesome about him, complained a leading Liberal, and it was not just that his breath smelled rank. His manner was overly ingratiating. A British high commissioner in Ottawa reported, “My wife says after a conversation with him she feels as if the cat had licked her all over and she ought to go and have a bath.” Yet even those who disliked him admitted there was something impressive about him, certainly as a public figure.

Because of his many foibles, we tend to overlook just how clever, perceptive and skilled a political leader King was. He could have had a distinguished, even dazzling career in the U.S. or Britain, yet he chose to live and work in Canada. Over the course of his career, he took part in history as an observer and a player. He was there in London before the First World War, talking to the British foreign secretary, Sir Edward Grey, about the empire; in Berlin in the 1930s, discussing the state of Europe with the Nazis, including Hitler himself; and in Washington during the Second World War, talking about strategy.

He led Canada as it was moving from being a junior part of the British Empire into a self-governing nation, playing a significant role in international affairs. With national unity always in the forefront of his mind, he did his best to avoid taking sides in foreign crises, such as Italy’s invasion of Ethiopia or the Spanish Civil War, on which he knew Canadian opinion was strongly divided. When he met Hitler in 1937, his wishful thinking led him to say some silly things in his diary: “My sizing up of the man as I sat and talked with him was that he really is one who truly loves his fellow men, and his country, and would make any sacrifice for their good.” King also, however, told the Nazis that Canada would come to Britain’s aid if Germany attacked it.

He led the country in the war that came and brought it out still united. Others might not have been able to do that. Because the unity debate has continued ever since, we sometimes fail to recognize how close the country came to a dangerous, perhaps fatal, split. King did not solve those divisions, but he prevented them from destroying Confederation, in itself a major achievement.

The crucial issue was conscription; its imposition in 1917 had alienated much of Quebec opinion and set Canadians against one another. Canada could not afford a second such crisis. In 1940, a national plebiscite gave a clear majority in favour but also revealed a deep division in the country. English-speaking Canada voted Yes, while French-speaking Quebec had a majority for No. Although King introduced a bill into Parliament, he made it clear that the legislation would not be enforced for the time being.

His “not necessarily but if necessary” formula for conscription bought valuable time. By late 1944, it had become clear that the armed forces needed men and that volunteers were not coming forward in sufficient numbers. Although he had ruthlessly sacked the leading cabinet advocate of conscription—defence minister James Ralston—King concluded that he must enforce at least a limited conscription. In the prolonged cabinet crisis that November, King used all the skills he had sharpened in his many years in politics. (In his diary, he compared himself to Christ in his last sufferings.) He appealed to his colleagues’ patriotism and warned that the country might break up—or, perhaps as dreadful, the Liberal Party be destroyed. He wept, threatened resignation, even hinted that if the government refused to conscript men, the military might carry out a coup. He managed to carry most ministers with him, including, crucially, the key figure from Quebec, Louis St. Laurent. Only one minister resigned. “I felt,” wrote King in his diary, “that the day of crucifixion had passed and that I was reaching the morning of resurrection.”

As long as he could get away with it, he preferred to let sleeping dogs lie, and only to deal with problems when he had to. H. S. Ferns, a political scientist who worked for King, later wrote, “In terms of understanding what the Canadian people were willing to accept, Mackenzie King was miles ahead of any of the active participants in politics.”

Canada is now seen as a success story. We should remember, though, that what seems normal and permanent now did not always seem so. King, maddening though he could be, stood for building consensus. “The extreme man,” he believed, “is always more or less dangerous, but nowhere more so than in politics.” And, he went on, “In a country like ours it is particularly true that the art of government is largely one of seeking to reconcile rather than exaggerate differences—to come as near as possible to the happy mean.”