Will Self on the literary novel's demise, and why Naomi Klein won't fix the world 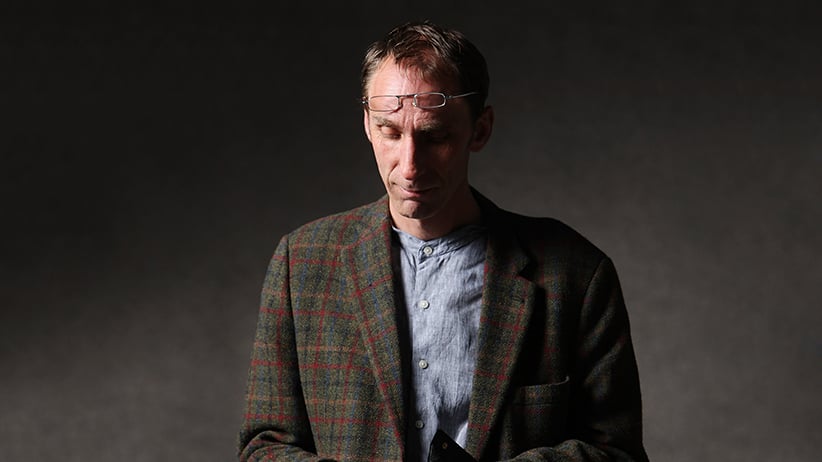 Will Self. (Jeremy Sutton-Hibbert/Getty Images)

Once, Will Self was British literature’s pre-eminent enfant terrible. Now, he’s its wry prophet of doom. A December report released by England’s Arts Council painted a picture of drastically dipping incomes and sales in literary fiction; many wrung their hands, while Self essentially said, “I told you so.” He had lamented in a 2014 essay how the literary novel, “as an art work and a narrative art form central to our culture,” was “dying before our eyes.” In promoting his new novel, Phone, he offers little comfort.

“I see literary culture as a kind of decerebrated chicken clucking around in the farmyard,” he says over tea in the towering lobby of a neo-Gothic hotel in London, where he lives. “My peers I find for the most part chronically deluded about what they’re engaged in.” In today’s blasted literary landscape, Self claims, spin-off books from “vloggers”—bloggers who use video—have given his publisher (Penguin UK) a much-needed boost.” He has responded by writing dense, stream-of-consciousness novels of ideas in idiosyncratic prose devoid of paragraph breaks.

Phone and its two predecessors in Self’s neo-modernist trilogy—the 2012 Man Booker-shortlisted Umbrella and 2014’s Shark—aren’t exactly beach reads, but they’re worth the effort. They’re crammed full of allusions, jokes, historical curiosities, trenchant observations and—something rather new for the writer of blackly humorous works such as My Idea of Fun—heart-on-sleeve emotion. Self says he finds in modernist literary techniques “the only possible response of a writer attempting to honestly depict the reality of life in the late 20th/early 21st century.” Phone flits between the consciousnesses of psychiatrist Zack Busner (Self’s favourite recurring character), Busner’s harried daughter, Camilla, Secret Intelligence Service agent Jonathan De’Ath, and Jonathan’s (clandestine) gay lover, a tank commander who’s sent to Iraq. Together, they provide a prismatic portrait of a bewildering age.

Q: The mooted demise of literary fiction is becoming a cause célèbre in Britain these days…

A: I’m struck by how quickly it’s come into being. Years ago, I said [novel-writing] would become a conservatoire form, like easel painting or the symphony, but I didn’t quite understand how all of these kids in creative writing programs, and their constant focus-grouping, would create a new form that’s halfway between hobbyism and literature. It’s an occupation for wealthy Western youth who are marking time. Because there are more writers than readers now, it’s decoupled from any conversation. It’s like a great internal rumination.

Q: But what about writers who are coming at publishing from different angles, who might even be creating their own following on new platforms and social media?

A: Well, I’ve got a student [at Brunel, where Self teaches Contemporary Thought] writing a doctoral thesis entertaining the idea that fan fiction presents an arena in which alternative, marginalized voices can [emerge]—it’s all fine. There are two indissoluble facts. One is, the kind of literature that you and I viewed as the epitome of the art form was to do with the medium—the codex in which it was presented; the literary form in the age of bidirectional digital media [i.e., modern-day communication devices] cannot sustain that enclosed quality. It becomes permeable. The other is, people just can’t stay in the text any more. They just can’t read in that way.

Q: Phone starts with an inner monologue by Zack Busner, and his train of thought seems to be constantly derailed by the ringing of his phone. So common is it for people to be interrupted in this way, it takes a while for the reader to realize Busner has dementia.

A: Yeah. He says himself, perhaps dementia is the only sane response to a world in which all information is retained. The individual has to obliterate this overload of data. Alzheimer’s becomes the abiding condition of the human subject in a situation of total access to information. The baseline message of these three books is that technology is immanent in the human being. It’s not that humans think, “Ooh, how can we achieve this technologically? Let’s design this and apply it to the world.” The thinkers who influenced me a lot in the trilogy were the cyberneticians: Norbert Wiener, John von Neumann, Gregory Bateson—and McLuhan. The thinking that lay in the hinterland of the development of the computer industry itself, that saw technology as a natural outgrowth of what humans are, and that helps explain why our engagement with technology is so dark, destructive and instrumentally non-effective.

Q: If you’re looking at technology as an outgrowth of being, does that produce a feedback loop? Technology both grows from us and changes us.

A: Yeah, it’s a continual recalibration of the metaphor that constitutes our illusion about the nature of our consciousness. What’s so heterodox about my thought, particularly a novelist who’s written 1,500 pages of stream of consciousness, is that I don’t regard consciousness as terrifically important in terms of what people actually do. In other words, if we think that the thought is instrumental on action, we’re hopelessly deluded. You can see it with Twitter storms and filter bubbles. What’s galvanizing political events is good, old-fashioned human emotion. Anxiety, fear translating into bigotry, anger, resentment, pride. All bidirectional digital media are doing is concentrating them in different ways. This era shows clearly that this isn’t deliberative. It isn’t that we all get upset about Trump’s latest tweet and then do something about it; au contraire, people just act.

Q: Tony Blair appears in Phone, as “TeeBee”; he’s portrayed as all image and no substance. What are we to make of his return to the public eye now, railing against Brexit?

A: He’s like a zombie of the internal contradictions of liberal humanism. 2016 was a great year to bury bad news in British politics: The Chilcot report [about British involvement in the Iraq War] was ignored. It said exactly what it says in Phone: the army, politicians and security services colluded in misadventures that since 2003 have resulted in the death of hundreds of thousands if not millions of people, and the displacement of millions of people, and in the existence of three failed states… I tried to say something about the dodgy dossier, what was going on in the political class, and what it meant in terms of a wider perception. “TeeBee” is at the epicentre of this.

Q: There’s a passage in an Iraq War section of Phone where a copy of Harry Porter and the Chamber of Secrets owned by a soldier who’s about to torture an Iraqi detainee seems to acquire consciousness, and says, “I’m a real page-turner, so I am—and that’s how I’ve got hundreds of thousands of boys like this one into reading, making them capable in due course of absorbing the entire Western canon, and along with it the values of liberality and tolerance which have underpinned our civilization for millennia.” Are you having a go at J.K. Rowling?

A: Yes. I think she’s a good woman, but she represents, to me, the pinnacle of the follies of contemporary liberal humanism. You think back ten years, to when the Potter books were ubiquitous, and exactly that kind of rhetoric came out of [that popularity]. It hasn’t borne dividends. All it was was a divertissement about a boy wizard. That banalization of our literary tradition, in line with the kidult world, which is very much part of the permanent now of bidirectional digital media, has frustrated any kind of top-down, educative humanism that people wanted to see in those books.

READ: Why we need to clear our cluttered minds

Q: There’s an emotional force to your trilogy. It’s something you’ve acquired over time as a writer. We can view the book as—well, I hate to say, “a mirror to reality.”

A: No, definitely. I see myself as in the great tradition of naturalistic novelists—as Stendhal of the early 21st century. I really do! I know you’re laughing, but I think that my trilogy is a mirror held up to the 20th and early 21st century.

A: Well, yes, I suppose so—and a shadow cast forward. The trilogy is both trying to show the limits of naturalism and to enact what naturalism can be enacted now. And yes, [the books are] full of laughter and sadness, and all emotion. Only the young can afford to be casually nihilistic. I think my early fiction was written under a kind of death sentence. It has this edge that comes from the position of somebody who’s completely self-annihilatory. Once you get to middle age and you have four children, that’s really not fit for purpose… I think the novels are about compassion, and how it feels to give a shit about people.

Q: Is that swelling-up of compassion a way of getting beyond the tribal boundaries social media helps to build?

A: Exactly. At times in our social media interactions, we feel ourselves part of an undifferentiated mass. At others, we feel that our individual consciousnesses can be conceived of as a unitary phenomenon; it’s just a metaphor. The underlying reality is, you can’t even think that. Natural languages need more than one speaker. My thoughts use your words all the time. I can’t think without you.

Q: That perception of a collective could lead to a sense of meaninglessness …

A: I think it ends in quietism. It’s hugely unpopular in our overcharged, hollowed-out humanist democracies, to be quietistic: to think in terms of doing less harm rather than doing more good. People experience that as a counsel of despair, but they’re profoundly wrong to. Indeed, I would argue that if you think about the problems the world is facing, a quietistic movement is the best possible response. Don’t just do something; sit there. Don’t fly Naomi Klein to another country to talk your arse off, which is really about commodifying your own career. Nothing she has done in the past 25 years has led to any reduction in corporate activities, global warming—so what’s she f—–g for? Nothing [laughs]. If she’d spent her time telling people to do less, we might have a more pacific, less febrile world.