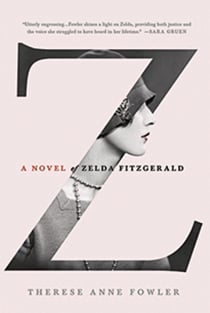 “For every biographer or scholar who believes Zelda derailed Scott’s life, [there] is one who believes Scott ruined Zelda’s,” writes the author of this new book on the real-life Fitzgeralds.

Z—which is based on real events but takes plenty of artistic licence—opens in 1918, seven years before the publication of The Great Gatsby cemented F. Scott Fitzgerald’s place in the 20th-century literary canon. Scott, then a dashing young army lieutenant, arrives in Alabama—where he soon falls for a 17-year-old belle with a healthy dose of impishness. Against the wishes of Zelda’s hidebound parents, Scott and Zelda wed and set off for the jazz-fuelled streets of New York City.

The rest of the book follows the slow collapse of that marriage. Yes, there are periods of success and elation—usually celebrated over stiff cocktails with the likes of Coco Chanel, Pablo Picasso, Gertrude Stein and Ernest Hemingway (whom Zelda deplores). But in the end, misery wins out. Scott is blighted by tepid book reviews and a love of the bottle. Zelda spends her 30s in “sanitariums” for the mentally disturbed.

Parts of the novel can feel cheesy and contrived. At times, Fowler’s descriptions are overly expository—as if she is too eager to squeeze in biographical detail. But Gatsby devotees will find much to like about Z’s rich, if ambivalent, portrayal of Scott. “Depending on who you ask,” Zelda muses in a diary entry, “Scott’s either a misunderstood genius or a pathetic son of a bitch.”

As to the question of who ruined whose life, by the end of Z, Fowler’s Zelda is revealed as a tragic figure: a talented mind whose spirit is tethered and whose ambition is crushed by a husband who loves her absolutely but will not let her thrive.