Critics selected the 40 best Canadian albums of the last 12 months. How do they measure up? 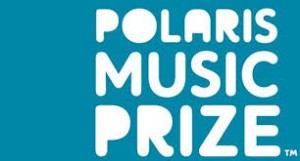 When I was on the Polaris Prize grand jury in 2012, I sat in a room with 10 other jurors and argued until we all chose Feist’s Metals as the winner. Dominating the discussion outside the jury room that year, however, was Drake: Take Care was certainly the most commercially and critically successful album of the year; if it had won, it would have been the first hip-hop album to take Polaris.

Drake is back this year. Who’s he up against? For my money, the only real challengers are Owen Pallett and Tanya Tagaq. But trying to analyze the hive mind of 11 music critics in a locked room on gala night is a fool’s game.

Polaris-nominated albums are rarely bestsellers. Only two acts on this year’s long list have, to my knowledge, been played on mainstream radio: Arcade Fire and Drake [UPDATE: That should be three, to include Chromeo]. Dismissing the rest, however, would be your loss. Polaris is about discovery: jurors voted for these albums because they were delighted and surprised and rewarded and went back to them again and again. Music critics love nothing more than turning on the rest of the world to the album it hasn’t heard yet. Even if Drake takes home the prize, the Polaris process has succeeded if Drake fans listen to at least the nine other artists who end up on the shortlist: if not the 39 artists on the long list.

A Polaris Prize juror on Feist, Drake and how it all went down

Here’s how the long list breaks down geographically. I assessed both the artist’s current residence and the place where they spent the vast majority of their formative artistic life: therefore, though Owen Pallett moved to Montreal just over a year ago, I still consider him a Toronto artist (likewise Timber Timbre). Someone like Rae Spoon, who spent much of their time in Calgary before settling in Montreal, I consider to be of both. An artist like AroarA (my No. 1 pick), a duo with deep roots in both Toronto and Montreal, are of both. Mac DeMarco is a mystery to all. So:

That does not include Arcade Fire, whose Régine Chassagne sings the occasional song and co-writes all the material. Nor does it include the Cowboy Junkies project, on which Margo Timmins does not sing more than one song; other women, including Sarah Harmer, appear, albeit in the minority.

Only two acts feature women in the band who do not sing; they both play violin: Arcade Fire, Strumbellas

Francophone: 3 (Philippe B, Dead Obie$, Jimmy Hunt. Solids and Gorguts are francophones who sing in English.)

Instrumental: 3 (BadBadNotGood, Fresh Snow, Tim Hecker; 4 if you include Tagaq)

The vast majority of acts can loosely be considered rock or pop. Other (completely subjective) genres:

Electronic: 2 (Fresh Snow, Tim Hecker; 4 if you include Austra and Jessy Lanza)

All these numbers are similar to 2013, except that Toronto and Montreal switch places in terms of dominance. 2013 also had slightly more women, more experimental music, more artists who live outside Canada, and more so-called world music.

Surprises? It’s always the regional acts that stand out on the long list. Not just the francophone artists, but acts like Toronto hip-hop crew Freedom Writers, whose local visibility is minimal. (Hear it here.) Likewise, I didn’t think Toronto bands like Odonis Odonis or the Darcys had much national traction. Of course, the vast majority of Canada’s music industry—and Polaris jury—is located in Toronto. But the fact that a niche band from a tiny town—like Saskatoon metal band Shooting Guns—can make it on to the Polaris long list more than once is an achievement.

Oldest act on the list: In 2012, it was Leonard Cohen. This year—not counting the various artists of various ages revolving around the Cowboy Junkies’ Kennedy Suite project—it’s metal band Gorguts, founded in Sherbrooke, Que., in 1989. Their long-listed album Colored Sands is their first in 13 years.

Three of this year’s long-listed artists were on previous short lists in different bands.

They are: AroarA (whose Andrew Whiteman was in Broken Social Scene), Moonface (whose Spencer Krug was in Wolf Parade), and Pink Mountaintops (whose Stephen McBean is in Black Mountain).

That means more than half of the names (22/40) on this list are new to Polaris.

That said, there are only seven debut albums.

Because no list is complete without arguing over omissions, here are the Top 10 snubs of the 2014 Polaris Prize long list:

Sam Roberts put out what I would argue is his most solid release since his debut EP 14 years ago. Both his band and his songs keep getting better. Yet Lo-Fantasy not on the list.

Broken Social Scene’s Kevin Drew put out his second solo album, Darlings, an unusually concise and focused collection featuring some of his strongest songs. It’s not on the list.

Ryan Hemsworth won the Juno for electronic album of the year and appeared on the cover of Exclaim! magazine. He’s not on the list.

Internationally acclaimed, formerly shortlisted band Braids is not on the list.

Montreal’s superstar DJ A-Trak, whose day job is backing up Kanye West, is one-half of Duck Sauce with Armand Van Helden. They had a huge international hit single three years ago with the song Barbra Streisand; their 2014 debut album is not on the list. (As a small consolation, A-Trak’s brother is in the long-listed band Chromeo.)

Christine Jensen Jazz Orchestra won the Juno for contemporary jazz album of the year; she did not make the list—though in Polaris history, neither has any artist remotely related to jazz whose name is not Colin Stetson.

Lindi Ortega is mainstream Canadian country’s next great hope; she now makes her home in Nashville and is referenced frequently on the TV soap of the same name (that would be Nashville). Her last album made that year’s long list; 2013’s Tin Star does not.

Toronto’s Doug Paisley is one of the most gifted songwriters currently working in Canada. His last album, Constant Companion, was astoundingly good—as strong as a Gordon Lightfoot greatest hits compilation, I argued at the time. His latest, Strong Feelings, didn’t live up to its title for me; obviously I’m not the only one. It’s not on the list.

Hip-hop producer Slakah the Beatchild appeared on a previous long list with his more pop-oriented Slakadeliqs project. It’s bizarre to me that he scored with that one, when the new Slakah album is infinitely stronger—and didn’t make the list. Listen to it here.

On a personal note, the only album on my ballot that did not make the long list is promising Calgary upstarts 36?. I can only guess that their ridiculous, hard-to-google name is holding them back, because they’re an unusually talented band whose ambition and skill are matched with melodic flair and no shortage of left turns. I thought they’d be guaranteed Polaris bait. I can’t stop listening to it. You can hear it here.

For what it’s worth, this is what I think the shortlist will look like: